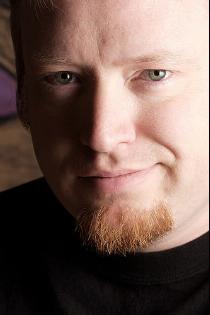 Cocoa® is more than just a collection of classes, and is certainly more than a simple framework. Cocoa is a complete API set, class library, framework, and development environment for building applications and tools to run on Mac OS® X. With over 240 classes, Cocoa is divided into two essential frameworks: Foundation and Application Kit. Above all else, Cocoa is a toolkit for creating Mac OS X application interfaces, and it provides access to all of the standard Aqua® interface components such as menus, toolbars, windows, buttons, to name a few.

Cocoa in a Nutshell begins with a complete overview of Cocoa's object classes. It provides developers who may be experienced with other application toolkits the grounding they'll need to start developing Cocoa applications. Common programming tasks are described, and many chapters focus on the larger patterns in the frameworks so developers can understand the larger relationships between the classes in Cocoa, which is essential to using the framework effectively.

Cocoa in a Nutshell is divided into two parts, with the first part providing a series of overview chapters that describe specific features of the Cocoa frameworks. Information you'll find in Part I includes:

The second half of the book is a detailed quick reference to Cocoa's Foundation and Application Kit (AppKit) classes. A complement to Apple's documentation, Cocoa in a Nutshell is the only reference to the classes, functions, types, constants, protocols, and methods that make up Cocoa's Foundation and Application Kit frameworks, based on the Jaguar release (Mac OS X 10.2).

Peer-reviewed and approved by Apple's engineers to be part of the Apple Developer Connection (ADC) Series, Cocoa in a Nutshell is the book developers will want close at hand as they work. It's the desktop quick reference they can keep by their side to look something up quickly without leaving their work.

Cocoa in a Nutshell is the book developers will want close at hand as they work. It's the desktop quick reference they can keep by their side to look something up quickly without leaving their work.

James Duncan Davidson is a freelance author, software developer, and consultant focusing on Mac OS X, Java, XML, and open source technologies. He is the author of Learning Cocoa with Objective-C (published by O'Reilly & Associates) and is a frequent contributor to the O'Reilly Network online website as well as publisher of his own website, x180 (http://www.x180.net), where he keeps his popular weblog. Duncan was the creator of Apache Tomcat and Apache Ant and was instrumental in their donation to the Apache Software Foundation by Sun Microsystems . While working at Sun, he authored two versions of the Java Servlet API specification as well as the Java API for XML Processing. Duncan regularly presents at conferences all over the world on topics ranging from open source and collaborative development to programming Java more effectively. He didn't graduate with a Computer Science degree, but sees that as a benefit in helping explain how software works. His educational background is in Architecture (the bricks and mortar kind), the essence of which he applies to every software problem that finds him. He currently resides in San Francisco, California.

Spokane Dude
5つ星のうち1.0 It's outdated...
2011年4月6日 - (Amazon.com)
Amazonで購入
Very disappointed to realize that it was published in 2003, 8 years ago... some of the necessary Foundation Classes are missing, which makes this book almost worthless if you need one of the missing classes! I should have checked the publication date...
続きを読む
2人のお客様がこれが役に立ったと考えています
レビュー を日本語に翻訳する

Twocranes
5つ星のうち3.0 Useful, only book like it available, but
2009年8月24日 - (Amazon.com)
Cocoa in a Nutshell was wonderful when first published, providing a book-in-hand reference (albeit with fine print) for the cocoa API's Foundation and AppKit; invaluable to those developing software under and for OSX 10.2 (Jaguar); that was in 2003, six years ago. OSX is now several revisions older (Leopard, 10.5.5) and most developers are targeting Tiger 10.4.11 or later because of security issues and internal features not available in earlier versions.

Real books lack hyperlinks, and you cant copy/paste from them, but they have an existance away from the machine and its noises; you can take them to dinner, to the beach, out to the park; even to the loo or to bed; wherever inspiration is likely to strike without warning.

A revised edition is sadly needed and would be welcomed by the development community, but I suspect the effort involved is unlikely to find enough reward to justify the undertaking; which explains why it has not already been done, understandable but unfortunate.

A must buy for programmers new to cocoa if you are supporting software that runs under older macintosh OS such as Jaguar. Less relevant, but still useful for work under Tiger.

K. Leavitt
5つ星のうち4.0 A Good Reference -- Not a Tutorial!!!
2005年7月24日 - (Amazon.com)
This book may be recommended by Apple Computer as reading for programmers aspiring to be OS X Cocoa programmers, but these "In a Nutshell..." books from O'Reiley are like the dictionary. They are good references, but not good to learn from.

A much better starting place to learn Cocoa programming -- the best OS X technology for new Mac-OSX only software -- is the book "Learning Cocoa with Objective-C'. This book is also on Apple's recommended reading list for programmers aspiring to master Cocoa.

I plan to continue my study of Cocoa with "Programming in Objective-C:A Complete Introduction to the Objective-C language". I feel that I need this book even though I know C and C++. Objective-C is quite a bit different. ISBN 0-672-32586-1

That brings me back to the book that I started with. "Cocoa in a Nutshell". Then, I'd be ready for a reference book, and I would also use Apple's web reference, and on-disk reference materials that are on your hard disk when you install Apple's free development tools.
続きを読む
17人のお客様がこれが役に立ったと考えています
レビュー を日本語に翻訳する

Michael Dippery
5つ星のうち5.0 A Great Purchase
2007年3月25日 - (Amazon.com)
One of the best books a Cocoa programmer can buy! It references most of the Cocoa API and Objective-C, as well as providing a few good examples. I find it indispensable.
続きを読む
3人のお客様がこれが役に立ったと考えています
レビュー を日本語に翻訳する
Amazon.comのカスタマーレビューを見る(4) 5つ星のうち3.1
Amazonプライム会員ならお急ぎ便、日時指定便が使い放題
さらに、映画もTV番組も見放題。200万曲が聴き放題 。クラウドに好きなだけ写真も保存可能。
> プライムを無料で試す