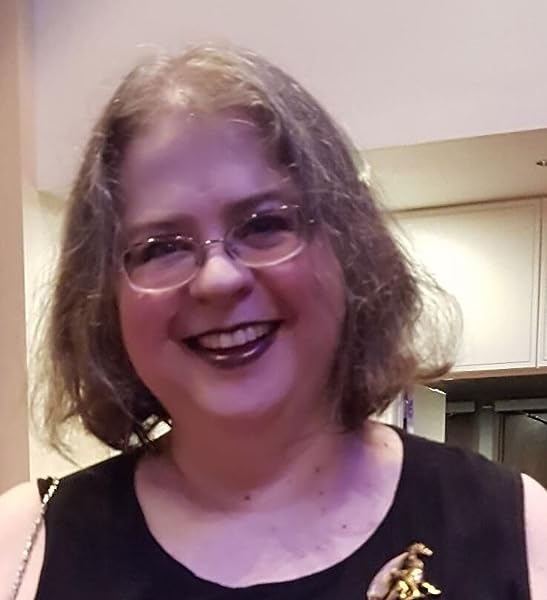 LindaS
5つ星のうち5.0 I came to this book through the author's Atlantis Grail series....
2016年9月6日に英国でレビュー済み
Amazonで購入
...I reached the end of book 2 and faced a long wait for the next (hopefully coming soon) and as I very much enjoy Ms Nazarian's writing, I thought I'd try something else by her. Her Cobweb Bride trilogy is totally different, both from Qualify and Compete, and probably from anything else I've read.
I've loved all 3 and though the ending was very satisfying, I was sad to reach it.

Alina
5つ星のうち3.0 Considering that I have enjoyed the first 2 books
2016年1月29日に英国でレビュー済み
Amazonで購入
Considering that I have enjoyed the first 2 books, I have to admit there were a couple of discrepancies in this last one so it felt a bit like the author just kept piling facts and characters for the sake of turning the book into a series and adding more pages to the bulk. There were a few things that didn't really make sense for someone who would have paid a lot of attention to the course of events and the details, also the books were a tab bit predictable so not a 5 stars read for me
続きを読む
違反を報告
レビュー を日本語に翻訳する

Nathan Kilburn
5つ星のうち5.0 superb story, beautifully written, with well developed characters
2015年6月4日に英国でレビュー済み
Amazonで購入
Superb story, with fascinating characters. Some heartbreak, intrigue and political scheming surrounds our most reluctant protagonist as she's caught in the middle of this metaphysical and philosophical cobweb: What would happen if death ceased? It's a beautifully written tale, with Death remaining aloof and only showing himself to his champion in the quest for a bride. The more Earth bound characters reveal themselves to be the true monsters as a small band struggle to protect a force they do not understand. And in the middle of it all, love quietly waits.
続きを読む
違反を報告
レビュー を日本語に翻訳する

Nigel Greenhill
5つ星のうち5.0 Brilliant book to end the series.
2017年3月31日に英国でレビュー済み
Amazonで購入
Excellent final book in the Cobweb Bride series, I have read all three one after the other and all have been exciting, full of adventure and fantasy , they kept me captivated from beginning to end.
続きを読む
違反を報告
レビュー を日本語に翻訳する

Kindle Customer
5つ星のうち5.0 Stunningly complex
2014年7月16日に英国でレビュー済み
Amazonで購入
This trilogy was a true pleasure to read. The characters are rich and vibrant. The tale itself is a mix of ancient classics, renaissance politics and knights in black armour. The interwoven relationships of budding love and longstanding complicated partnerships was compelling reading. I was greedy and read all 3 books over 4 days. Now I have discovered this author I want to read more of what she has to offer.
続きを読む
違反を報告
レビュー を日本語に翻訳する
すべてのレビューを参照します
Amazonプライム会員ならお急ぎ便、日時指定便が使い放題
さらに、映画もTV番組も見放題。200万曲が聴き放題 。クラウドに好きなだけ写真も保存可能。
> プライムを無料で試す