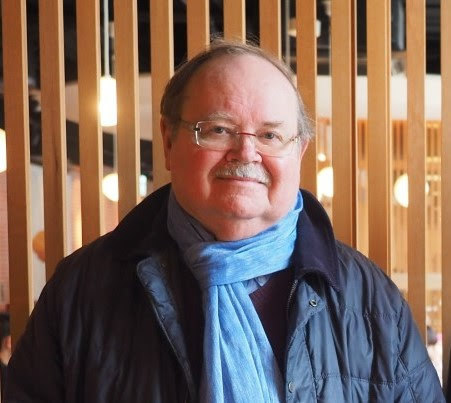 "Shiba Ryōtarō is Japan’s best-loved author, and Clouds above the Hill is his most popular and influential work. In it he celebrates the transformative spirit of Meiji Japan and examines Japan’s unexpected victory in the Russo-Japanese War, providing a thoughtful and thought-provoking perspective on those dramatic times and the people at their center. This distinguished translation of a modern classic is a landmark event." - Donald Keene, University Professor Emeritus, Columbia University, USA.

"Shiba Ryōtarō wrote that from the Meiji Restoration of 1868 through the Russo-Japanese War of 1904-1905, Japan transformed its premodern "brown sugar" society into a modern "white sugar" one, eagerly scooping up crystals of the new substance in the drive to create society anew. During the Pacific War, by contrast, the nation’s leaders merely went through empty motions, and Japan collapsed. This book looks back on that earlier era through the lens of the later tragedy, depicting the struggles and growth to maturity of Japan’s young men." -

Tanaka Naoki, former Member of the Japanese Parliament and President of the Center for International Public Policy Studies, Japan.

"When the Russo-Japanese War was over and Japan had won, the commanding generals from both sides came together face to face at Suishiying. They paid honor to each other’s bravery and expressed mutual condolences, and before parting they shook hands. I have visited that very place, which seems to me less the site of a Japanese victory than a monument to the souls of fallen soldiers on both sides. I have no doubt that Clouds above the Hills was also written to honor those souls." -

Anno Mitsumasa, author and illustrator of children’s books in Japan.

"Quite simply, this is an incredible read that succeeds on all levels. I'm not a huge fan of history, but Ryotaro's telling of it flows beautifully, such that sometimes I forgot I was reading anything other than a work of fiction. At the same time, the sheer level of detail matches anything Tom Clancy has written, but without getting bogged down in too much technical detail the way Clancy's work often can. It also never loses sight of the human aspect of events, either at home in Japan, or overseas fighting or preparing for war... I found myself at a loss returning to the real world. This may be a book published in several volumes, but I defy anyone to read just one." - Iain Wear, The Bookbag, January 2013.

Shiba Ryōtarō (1923-1996) is one of Japan's best-known writers, famous for his direct tone and unflinching depictions of war. He was drafted into the Japanese Army, served in the Second World War, and subsequently worked for the newspaper Sankei Shimbun. He is most famous for his numerous works of historical fiction.

06082020020905197348
5つ星のうち5.0 Epic worth reading
2016年1月28日に日本でレビュー済み
Amazonで購入
The transformative era covered by this novel is complicated in that various foreign and domestic interests are intertwined. By depicting three prominent figures (Shiki Masaoka and Akiyama brothers) who left a mark on our history during such era, Shiba wonderfully creates a story which is informative as well as entertaining.

Manfred Rikkerhausen
5つ星のうち5.0 Hugely enlightening and informative
2016年6月17日にアメリカ合衆国でレビュー済み
Amazonで購入
If you think that the present age is one of rapid change, you should read this book. It is set in Japan in the second have of the 1800's. A time when Japan changed totally from being traditionally isolationist to embracing almost every aspect of outside - mainly western - influence. Astounding changes swept the country. The railways, the entire education system, industry, commerce, the architecture, fashion, their clothes and way of thinking. No aspect of the society was left unchanged. Clouds Above the Hill is the first two books of a trilogy about the military changes and follows 3 figures - generally. It was difficult to keep track of the many people who turned up in the book and their names. In general however it is the narrative plot that glues it all together. The military innovation at the time was what lead up to the Sino-japanese war at the end of the 1800's and the subsequent Japanese victory. It also lead to the Japanese Russian war at the start to the 1900's and the destruction of Russia as an Asian power.

If you want to understand part of what is happening in the Asia-Pacific region now in the 21st century, then this book will give you some of the fundamental building blocks.
続きを読む
2人のお客様がこれが役に立ったと考えています
違反を報告
レビュー を日本語に翻訳する

Reader in the Pacific
5つ星のうち5.0 A place and a time
2017年9月8日にアメリカ合衆国でレビュー済み
Amazonで購入
The tale of 2 brothers and a friend at the time when Japan was coming of age. 2 went into the military almost as an after thought while the third remained true to his dreams and became a poet. Based on real characters the author does a remarkable job with the history and the place and time (the reason I bought the book). Looking forward to have enough time to read the 3 remaining volumes
続きを読む
1人のお客様がこれが役に立ったと考えています
違反を報告
レビュー を日本語に翻訳する

HJC
5つ星のうち5.0 decent translation
2015年9月21日にアメリカ合衆国でレビュー済み
Amazonで購入
A book by Shiba on Meiji Restoration. TV series with same name adopts this novel. Most important aspect of reading Japanese novel is the translation on its complicated and different grammar usage and personally I think the translators did do a decent job.Characters are very bright in one sense and it gives readers hope.
続きを読む
違反を報告
レビュー を日本語に翻訳する