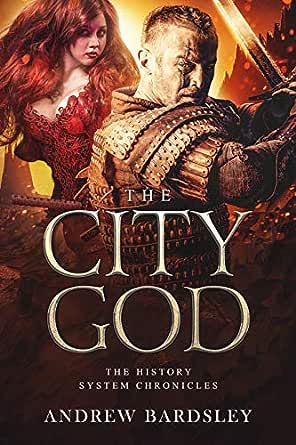 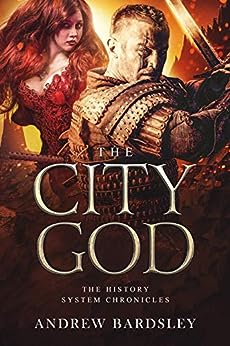 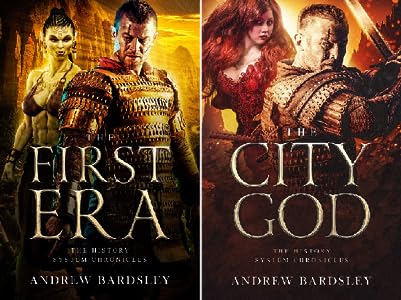 Second Book in the 'LitRPG Fantasy Magic Epic: The History System Series'
This book contains LitRPG based element as part of the magical system in the world.
Following is an extract from the Book:
Namzu spoke urgently to the now awoken group of adventurers putting on their armor, “We’ll have to defend the cave from mountain trolls and cyclops, Istar and Etel-Pisha, go now and harass the oncoming enemy while we prepare for the attack. Hurry, you need to buy us enough time to clear the ground for our stand.”
Istar indicated to Etel-Pisha to follow her to attack the column of monsters, before they reached the cave. They both ran for about ten minutes in the bright moon light, until they could hear the movement of the trolls and cyclops, moving along the path towards the cave. The two took up sheltered positions amongst different outcrops of rock, as soon as the first troll appeared Istar started to shoot her arrows. The first arrow flashed across the intervening distance like a bolt of light, shrieking and then thudding with the impact into the troll's chest, and out the other side. For a few seconds the large troll kept moving, as if nothing had happened, then it fell face first into the road. The troll behind it roared in anger, as moved it forward with no thought for protection. Now Etel-Pisha shot out fireballs, lighting up the area and revealing his position. The fireballs and arrows were hitting the trolls, causing damage as the trolls found themselves alight or with bloody gaping holes from where the arrow had hit. The onslaught of trolls caused the two adventures to retreat, as they could not kill enough to hold their position. Istar and Etel-Pisha ran until they could find another position to attack the oncoming column from. The process of attacking from positions along the trail continued until the two found themselves back the caves entrance. The trolls kept using the same tactic of charging at every attack, ignoring the casualties this caused in their rage. Istar had commented to Etel-Pisha that they were determined but not very bright. The slower cyclops were always behind at the back of the column, and so were not attacked by the arrows and fireball.
The harrying had brought the required time and as they reached the cave mouth, the rest of the adventurers had formed a shield wall with a killing ground in front of it. Each of the shield men had a bundle of spears taken from the dragon's horde. As the trolls started to charge into the killing ground Namzu ordered the three shield men and one shield minotaur, to throw all at once.
Co-ordinated, as if through years of long practice, each of them released the spears as one. The four-spears flew across the distance hitting the first four mountain trolls. Each spear impaled a troll and then rammed into the ground behind them keeping the troll bodies standing like grotesque marionettes. The process was repeated again and again as the remaining trolls charged forward. Soon the adventures could see the cyclops at the back moving towards the front. All of them stood taller than Asterion by several feet. On the side of the shield wall, Istar shot off arrows at the cyclops heads to take out their single eyes. Several cyclops were hit in the face, and the arrow ends protruded out of their cheeks, as the tough bone had prevented them entering the skull. Soon the cyclops were in range of the spear throwers, and as the spears hit their bodies, they pierced but did not stop them coming. The first slow-moving cyclops eventually reached the shield wall, spears sticking out of its body with arrows peppering its face. Using its massive club that looked to be a whole tree, the cyclops swept and crashed against Nasha’s shield. If the shield had not been strengthened and Nasha was not stronger, then he would have been thrown backwards from the strike into the cave wall.

Kindle Customer
5つ星のうち5.0 Surprisingly good.
2019年6月9日にアメリカ合衆国でレビュー済み
Amazonで購入
I have now finish both books and found this story to be interesting and very good. I have only one problem and that is the story is too short and there are some minor errors but not a problem. I gave the story 5 stars because 4 1/2 stars was not available and the story has the potential to be excellent as the series continues. This has been a good read if a bit quick, but I would recommend it.
続きを読む
役に立った
フィードバックを送信中...
フィードバックをお寄せいただきありがとうございます。
申し訳ありませんが、お客様の投票の記録に失敗しました。もう一度試してください。
違反を報告
レビュー を日本語に翻訳する