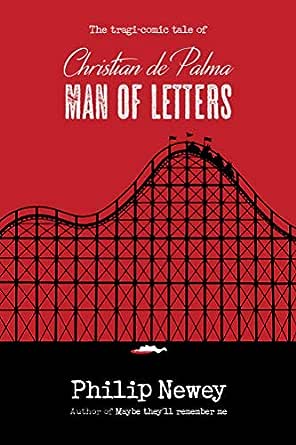 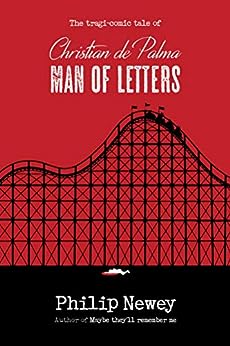 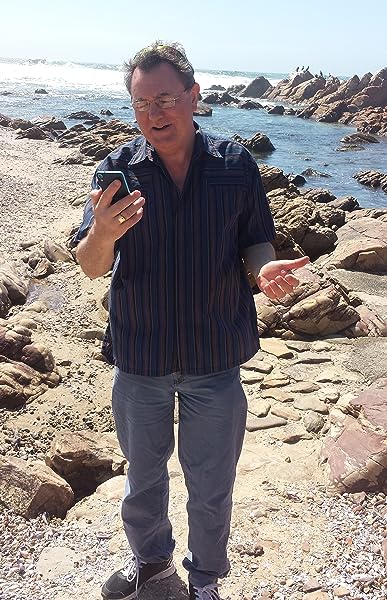 The unexplained disappearance of a cat; a misunderstanding involving the daughter of his foster parents; an encounter with a succubus-like figure under a bridge in Alice Springs; an incident with a coconut; a tragic fire; and the unwitting participation in a robbery. These are just a few of the events which shape the life of Christian de Palma.

And then there is the burning question: How do sausage rolls come to the rescue of Jodi?

This is the tragi-comic tale of a man whose inner world sets him at odds with the world around him.

Philip Newey was born in the UK and migrated to Australia as a child in 1966. After studying science and mathematics at Adelaide University, he decided instead to follow a calling into the Anglican priesthood. He obtained a BTh in theology from Flinders University, with first class honours. He subsequently completed a PhD in theology, also at Flinders University. For a number of years Philip served as a minister in parishes and in chaplaincy roles. Upon leaving the church some years ago, Philip undertook further studies, this time in evolutionary biology, at James Cook University in Cairns, again with first class honours and a second PhD. He also won the University Medal. He subsequently spent three years undertaking research at the University of Lausanne in Switzerland. During this period he published several scholarly articles in scientific journals. Upon returning to Australia in 2012, Philip decided to fulfil a lifelong wish to become a writer. He has published three novels prior to Christian de Palma. Philip's diverse life and convoluted career path provides rich material upon which to draw when writing fiction. Writing has always been close to his heart, but it was not until he was in his mid fifties that he finally made the breakthrough and completed an entire novel. Although this took only a few months to write, in reality it had been brewing for almost forty years. Once the first novel was completed, the floodgates opened. Each of the novels he now writes is drawn from this brew. Philip now lives in Cairns, Queensland, Australia, where he continues to write, and also runs an editing business from home: All-read-E: http: //philipnewey.com/All-read-E.htm

John Park
5つ星のうち5.0 Written gorgeously - a stunning piece of literature
2019年10月28日に英国でレビュー済み
Amazonで購入
Christian shambles through the story, a lost soul in search of something he once had - a loving mother, and a heritage. His brain is perhaps damaged or incomplete and he is seen sometimes as an idiot, sometimes to be pitied, or as a nuisance, a threat. He's been told a story of his lineage by his mother, but when she is taken from his life, others tell him a contradictory version. Troubles come to him and he in turn brings troubles to others. In a way too, he's an innocent like Candide, and it's the paranoid world that's the misfit. Written gorgeously, Christian de Palma: Man of Letters is a stunning piece of literature - and like the best tales, it doesn't end till the last few words.
続きを読む

JL nash
5つ星のうち4.0 Well written
2019年10月11日にオーストラリアでレビュー済み
Amazonで購入
THis book is well written and styled but i didn’t like the main character at all. Actions flow and the story moves along at a good pace. The secondary characters were interesting enough for me to keep reading to the end but I would have liked a bit more emotional depth to the main character who didn’t really reveal anything new to me once i had formed my first impression of him. Good style of writing and engaging sentences... That’s what kept me going in this story. Try it! You wont be disappointed.. I just wanted the main character to change more or develop more. Finally, I love a quirky story and this is definitely one of them. Don’t let my prejudice hold you back - buy it! As i said - you wont be disappointed.
続きを読む
役に立った
フィードバックを送信中...
フィードバックをお寄せいただきありがとうございます。
申し訳ありませんが、お客様の投票の記録に失敗しました。もう一度試してください。
違反を報告
レビュー を日本語に翻訳する