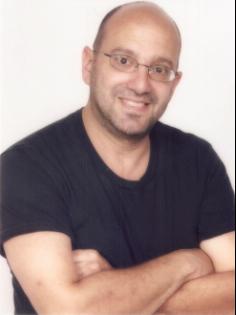 "Irvin Muchnick is hell-bent on discovering the essence of the cover-ups. [H]e provides more details and more insights that ultimately increase frustrations, but at the same time, must be examined if you choose, like myself, to claim to be an informed fan of an industry that had its blissful ignorance torn to shreds." --"Wrestling Observer"

"A great read for anyone who cares about wrestling or is interested in true crime." --Bookgasm.com

"An extremely well written account . . . the best book published on the subject to date. Trust me when I say there is a lot to be learned in reading this book." --PW Mania

Irvin Muchnick is the author of Wrestling Babylon and the coauthor of Benoit. His work has appeared in the New York Times, Penthouse, and the Village Voice. He is the nephew of legendary wrestling promoter Sam Muchnick. He lives in Berkeley, California.

Clayton
5つ星のうち3.0 Good book
2019年12月16日に英国でレビュー済み
Amazonで購入
Quite comprehensive and the author is somewhat limited in information he is able to provide due to numerous factors. But otherwise interesting read. Points are a little repetitious at times.
続きを読む
違反を報告
レビュー を日本語に翻訳する

Christopher Smith
5つ星のうち3.0 Good tool for research
2020年12月8日に英国でレビュー済み
Amazonで購入
Good condition , delivery was neutral. Some parts of the book was interesting (drug usage in professional athletes) but some of it spoke about the authorities and politics which doesn’t interest me personally.
続きを読む
違反を報告
レビュー を日本語に翻訳する

does present competing views on Chris.. i have heard so many wrestlers say he was a great, friendly, kind guy. but his neighbours and parents of other kids at school didn't seem to think much of him. my sense is he was wildly intense, almost angry intense. my guess is wrestlers have pretty low standards as to who's a good kind person. and of course, most people have conflicting character traits/behaviours at some level.

the WWE angles are whether they knew much earlier about this than they let on and whether they knowlingly did a tribute show to a murderer. my strong sense is that they did. but it is certainly possible that guerrero and armstrong kept quite for a long time hoping that things would be ok.

then WWE was so aggressive and premature about moving things away from steriods. but benoit was getting 8 to 10 month supply every 3 weeks. think about that....... so maybe it was concussions for which i would also hold WWE accountable.
続きを読む
1人のお客様がこれが役に立ったと考えています
違反を報告
レビュー を日本語に翻訳する

Amazon Customer
5つ星のうち2.0 Everything is He said She said. I love wrestling books and this one is my first *yawn*
2019年4月8日にカナダでレビュー済み
Amazonで購入
This book is so long winded and all over the place that I can’t even keep track of the point he is trying to make.
続きを読む
1人のお客様がこれが役に立ったと考えています
違反を報告
レビュー を日本語に翻訳する

Dave
5つ星のうち1.0 Boring WORST writer I have ever read
2019年2月22日にアメリカ合衆国でレビュー済み
Amazonで購入
WORST book I have ever read. The writer must have spent days looking up words to "impress the reader" words like besmirching, counterinturitive, (not misspelled the word he used), purveyor just to name a few. Many more like it that makes the book very hard to read. He also seems to throw out names like they were candy, again I would presume to impress the reader. From what I gathered he managed to piss off most of the people he interviewed even talked to. I would advise not to waste your money or time reading anything he writes.
続きを読む
1人のお客様がこれが役に立ったと考えています
違反を報告
レビュー を日本語に翻訳する
すべてのレビューを参照します
Amazonプライム会員ならお急ぎ便、日時指定便が使い放題
さらに、映画もTV番組も見放題。200万曲が聴き放題 。クラウドに好きなだけ写真も保存可能。
> プライムを無料で試す