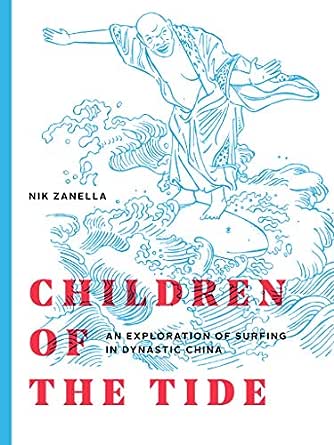 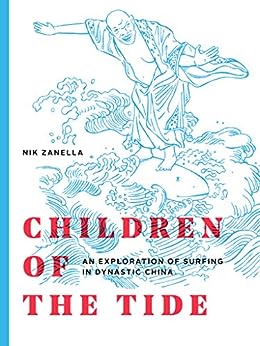 Children of the Tide: an exploration of surfing in dynastic China (English Edition) Kindle版

This is the radical journey of an Italian surf punk studying Chinese in the late 1980s, fuelling surf adventures in the 1990s through work as a Mandarin interpreter, running SurfNews magazine during the 2000s, tackling the Silver Dragon river bore in 2007, and then moving to the so-called ‘People’s Republic of Empty Waves’ to explore the virgin breaks and the surf development of China. Along the way Nik discovers an untold history of waveriding in dynastic culture. How do the breathing techniques of Daoism, the flow of calligraphy and the pragmatic values of Confucianism relate to the art of waveriding? Strangely, and quite brilliantly, this happens in the oldest continuous civilization in the world over 1,200 years ago.

Nik Zanella took Chinese language and philosophy at Ca Foscari university in Venice, Italy, then worked as an interpreter and cultural consultant, this while running SurfNews Magazine in Italy as chief editor. During those years (2000 to 2010) he ran several exploration trips along the coastlines of China, often together with photographer and surf explorer John Callahan. With him he pioneered the Silver Dragon, the bore wave on the Qiangtang River in Hangzhou, then the islands off Shanghai and the whole southeast coast from Guangzhou to Fujian. In 2010 Nik started working at the ASP (now WSL) events in Hainan and, in 2012, relocated to Sanya, joined an Outdoor company called Insight Adventures.

Stephen Lang
5つ星のうち5.0 A personal travelogue on surfing both rivers and oceans in China
2019年10月3日 - (Amazon.com)
Amazonで購入
This is a very nice read for surfers. It's not solely focused on the Chinese tidal bores but is mostly about the author's experiences living and surfing in Italy and China, and how his passion for both surfing and Chinese history led him to discover and investigate ancient tidal bore surfing. If you are interested in that sort of wider perspective then you should really enjoy this book. I believe the author is heavily involved now in both tidal bore surfing and ocean surfing in China. His descriptions of the tidal bore and how it is surfed really makes me curious about how they may have surfed it hundreds of years ago.