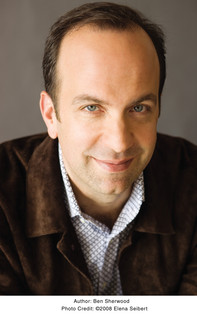 “Ben Sherwood is an amazing writer with the rare gift of evoking genuine emotion. The Death and Life of Charlie St. Cloud is touching, wise, and full of hope, everything a wonderful novel should be. Read it – you’ll be glad you did.”
--Nicholas Sparks, bestselling author

“The Death and Life of Charlie St. Cloud is one of the most magical love stories I've ever read. In his wonderfully inventive way, Ben Sherwood has written a shining affirmation of life.”
-- Sue Monk Kidd, author of The Secret Life of Bees

"Loved it, loved it, loved it!! Refreshingly romantic, dangerously good fun, hugely addictive. All too infrequently I pick up a book that is a pure pleasure to read….Intelligent, moving, and sweetly wise, Ben Sherwood is all set to find his way into the soft heart of American literature."
--Joanne Harris, author of Chocolat


From the Hardcover edition.

CHARLIE ST. CLOUD WASN'T THE BEST OR BRIGHTEST BOY in Essex County, but he was surely the most promising. He was junior-class vice president, shortstop of the Marblehead Magicians, and co-captain of the debate club. With a mischievous dimple on one cheek, nose and forehead freckled from the sun, and caramel eyes hidden beneath a flop of sandy-blond hair, he was already handsome at fifteen. He was a friend to jocks and geeks and even had a girlfriend one year older at school. Yes, Charlie St. Cloud was a blessed boy, quick of mind and body, destined for good things, perhaps even a scholarship at Dartmouth, Princeton, or one of those Ivied places.

His mother, Louise, cheered his every achievement. Indeed, Charlie was both cause and cure for her own life's disappointments. Those troubles had begun the very moment he was conceived, an unwanted pregnancy that pushed the man she loved--a carpenter with good hands--right out the door. Next came Charlie's obstructed journey into the world, catching somewhere deep inside and requiring bloody surgery to be born. Soon a second son arrived from another vanished father, and the years blurred into one endless struggle. But for all her woes, Charlie erased her pain with those twinkling eyes and optimism. She had grown to depend on him as her angel, her messenger of hope, and he could do no wrong.

He grew up fast, worked hard at his books, watched out for his mom, and loved his kid brother more than anyone in the world. His name was Sam, and his father--a bail bondsman--was gone, too, barely leaving a trace except for his son's curly brown hair and some bluish bruises on Louise's face. Charlie believed he was the only true protector of his little brother, and someday, together, he knew they would make something of themselves in the world. The boys were three years apart, opposites in coloring and throwing arms, but best friends, united in their love of catching fish, climbing trees, a beagle named Oscar, and the Red Sox.

Then one day, Charlie made a disastrous decision, a mistake the police could not explain and the juvenile court did its best to overlook.

To be precise, Charlie ruined everything on Friday, September 20, 1991.

Mom was working the late shift at Penni's market on Washington Street. The boys had come home from school with mischief on their minds. They had no homework to do until Sunday night. They had already gone spying on the Flynn twins down the block. They had jumped a fence and snuck onto the property of the Czech refugee who claimed to have invented the bazooka. At sunset, they had played catch under the pine trees in their yard on Cloutman's Lane, just as they had done every night since Charlie had given Sam his first Rawlings glove for his seventh birthday. But now it was dark, and they had run out of adventures.

Sam might have settled for crashing and watching Chris Isaak's "Wicked Game" video on MTV, but Charlie had a surprise. He wanted action and had just the plan.

"How 'bout night fishing on Devereux Beach?" he asked Sam, setting his brother up perfectly.

"Boring," Sam said. "We always do that. How 'bout a movie? Terminator 2's playing at the Warwick. Nick Burridge will sneak us in the back."

"It's R-rated. What's better than that?"

Charlie pulled out two tickets from the pocket of his jeans jacket. Red Sox tickets. They were playing the Yankees. Boston was on a roll, and the evil Bronx Bombers had lost eleven of their last thirteen.

"No way! Where'd those come from?" Sam asked.

"How we gonna get there? Fly?"

"Don't you worry about that. Mrs. Pung is on vacation. We can borrow her wagon."

"Borrow? You don't even have a license!"

"We can't leave Oscar. He'll freak out and mess up the house."

Sure enough, Charlie, Sam, and their beagle were soon driving to Boston in Mrs. Pung's Country Squire. Without their neighbor Mrs. Pung, that is. The police report would make considerable mention of two unlicensed minors, a dog, and a white stolen vehicle with red interior. But Mrs. Pung dropped the auto-theft charges when she got back from Naples, Florida. They were good kids, she said. They only borrowed the car. They made a terrible mistake. They more than paid the price.

The drive took thirty minutes, and Charlie was especially careful on Route 1A where the Swampscott and Lynn cops patrolled. The boys listened to the pregame show on WRKO, talked about the last time they'd been to the ballpark, and counted their money, calculating they had enough for two Fenway Franks each, a Coke, and peanuts.

"They just have to break the Curse of the Bambino," Charlie said. It was the superstition of every red-blooded Boston fan: Trading Babe Ruth to the Yankees had put a hex on the Sox.

"You don't believe in that stuff, do you?"

"Think about it. The Sox haven't won the Series since 1918. The Yanks have done it twenty-two times. You do the math."

"C'mon, the Babe didn't make Bill Buckner boot that ground ball in '86." Buckner was the reviled first baseman who let an easy dribbler through his legs in the World Series, costing the Sox game six and, many swore, the championship.

And with that, the argument was done but not over. A draw was their way of stopping a dispute that would have gone on all night. It would be dutifully recorded in Charlie & Sam's Book of Big & Small Arguments. And after the proper procedural motions, it could be started up again at any point. Ignoring their age difference, Sam threw himself into these arguments with passion, and the two brothers often spent hours in the Abbot public library on Pleasant Street gathering ammunition for their battles.

Now, with its red bricks and shimmering glass, Boston was waiting across the Charles River. They turned down Brookline Avenue and could see the hazy lights of the stadium. Biting at the chilly air, Oscar leaned out the window. With his red and white coat, he was the perfect mascot for the adventure.

In the parking lot, the boys stuffed their beagle into a backpack and took off for the bleachers. As they reached their seats a thundering cheer rose for Roger Clemens, #21, throwing his first rocket. The boys laughingly bowed left and right to acknowledge the crowd. A stadium guard would later testify he saw the two unaccompanied youths, wearing caps and carrying mitts, but did not stop or question them.

Their seats were in right field, directly behind a guy who must have been seven feet tall, but it didn't matter. It could have poured, it could have snowed. Nothing could ruin the spectacle of the Green Monster in left field, the grass, the chalk lines, and the infield dirt. They were right near Pesky's pole, just 302 feet from home plate, easy distance for catching a home run.

One of their heroes, Wade Boggs, sat out the game with a sore right shoulder, but Jody Reed took his place and delivered, with a run-scoring double and homer off the left-field foul pole. The boys ate two hot dogs each with extra relish. Oscar got some Cracker Jacks from a woman in the next row. A big bearded guy next to her gave them a few sips of Budweiser. Charlie was careful not to drink too much. Still, the police report would mention traces of alcohol in their blood. There was enough to raise questions, but not enough for answers.

Clemens shut out the Yankees, allowing only three hits and striking out seven. The crowd cheered, and Oscar howled. With the final out and a 2-0 victory in the books, the fans scattered but the boys stayed in their seats, replaying the highlights. The team was now miraculously within striking distance of Toronto. Instead of falling apart in September, always the cruelest month, the Sox were surging.

"Someday, we'll have season tickets," Charlie said. "Right there behind home plate in the first row."

"The bleachers are good enough for me," Sam said, eating the last of the peanuts. "I don't care about the seats. As long as it's you and me, that's what makes baseball great."

The stadium lights began shutting down. The ground crew had just about spread the tarp over the infield.

The boys headed for the parking lot, where the white station wagon was all alone. The drive home was much faster. Springsteen was born to run on the radio. There was hardly any traffic. The trip would take half an hour. They would be home by 10:30. Mom wouldn't be back until midnight. Mrs. Pung in Florida would never know.

Just past the Wonderland Greyhound Park, Sam pulled a cassette from his pocket and stuck it in the radio. It was U2's The Joshua Tree. Charlie sang along to "With or Without You."

They drove silently for a while, then Sam asked out of the blue, "How long will it be until I'm grown up?"

"You already are," Charlie answered.

"Officially," Charlie said, "when you're twelve, you're a man and you can do what you want."

Ben Sherwood is the author of The Man Who Ate the 747, a national bestseller that has been translated into thirteen languages. He was an award-winning journalist with NBC and ABC News, and his writing has appeared in The New York Times, The Washington Post, and Los Angeles Times. Educated at Harvard and Oxford, he lives with his wife in New York and Los Angeles, and is working on a new novel.


From the Hardcover edition.
続きを読む