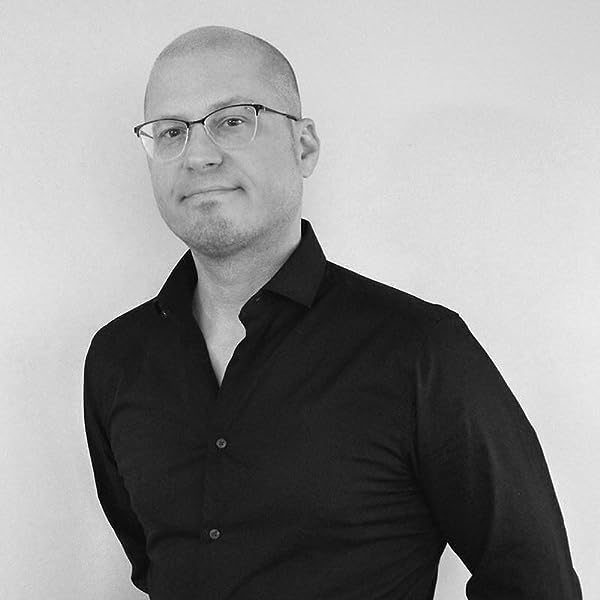 Summoning dragons exacts a price. Can they afford to pay it?

Augum, Bridget and Leera are the first to summon dragons in thousands of years. But the ancient spell inflicts an unforeseen side effect—after every casting, it turns them against each other.

As the Canterran army plunders their kingdom, Katrina Von Edgeworth uses her siege engine dragon to crush all resistance. The trio, fledglings at fighting in the air, soon find themselves outmatched.

Now everything hangs by a thread and Augum, Bridget and Leera must somehow carve a path to victory—without gouging each other’s eyes out.

Little do they know the enemy is readying a deadly surprise.

Champion's Wrath is the grand finale to the Fury of a Rising Dragon series.
Also by Sever Bronny: The Arinthian Line series, the epic coming of age adventure that began it all.
続きを読む
Previous page
Next page

Kindle Customer
5つ星のうち5.0 A Rolliking Good Read well written
2021年6月20日にオーストラリアでレビュー済み
Amazonで購入
Book 4 in the series and is a compelling read that is well written to boot. No too heavy and definately not light weight either. A good solid read and was left wanting more
続きを読む
違反を報告する
レビュー を日本語に翻訳する

Amazon Customer
5つ星のうち5.0 This book is an epic
2020年12月10日にアメリカ合衆国でレビュー済み
Amazonで購入
I have followed this author since book 2 of his first series, The Arinthian Line. Every time one of his books comes out, I reliably drop whatever I’m doing and don’t stop reading until I have finished the story. As I said above, this book is an epic. It’s everything young me would have looked for in a story, and even now I’m still incredibly invested. This whole series is a beautiful fantasy series that keeps the wonder and awe of magic and fantastical creatures without sacrificing the characters or the plot. The author is wonderful and if you reach out on social media or by email with questions, he will respond. I can’t recommend this series, and particularly this book enough.
続きを読む
6人のお客様がこれが役に立ったと考えています
違反を報告する
レビュー を日本語に翻訳する

Rustic MOB
5つ星のうち4.0 Glad to have a conclusion, but too much teenage angst
2020年12月30日にアメリカ合衆国でレビュー済み
Amazonで購入
My teenage son and I have read all these books together. I buy one for him and I download a copy on my kindle and we read and talk and share. We LOVE this series and have anxiously awaited every book that comes out. That being said, this last one was my least favorite. Possibly a little disappointing. There was WAY too much teenage drama and sex in the book. More so than any other book, making it awkward and changing the pace and feel of the story. It seemed unnecessary and did not add to the story at all.
続きを読む
5人のお客様がこれが役に立ったと考えています
違反を報告する
レビュー を日本語に翻訳する

Kindle Customer
5つ星のうち2.0 Childish with overwhelming amount of plot holes throughout
2021年1月2日にアメリカ合衆国でレビュー済み
Amazonで購入
Each of the books has about a quarter of the pages (and I don't believe that's an exaggeration) filled purely with asanine, childish banter. The fight scenes are all seemingly dramatic lines but it's as if the author spent all his effort writing things that sound grand, but when put together the reader gas no choice but to wonder why the enemy is sitting around while the the protagonist does A, B, and C, or vice versa. And this is multiple times in every fight scene. Or the reader wonders why the character didn't use the most glaringly obvious spell which would have ended the fight. And this is the entire book, the entire series.

The character dialogue and actions are appallingly childish and clash with the intended dramatic nature of speeches and events. The characters all sound like "valleys girls," with the words "like" and "ugh" used multiple times in each paragraph paired with childish hand flipping in a dismissive manner, and this not only throughout the book but also mixed in with dramatic, "kingly" speeches. The author attempts to write grand and courtly speeches where the characters stop acting childish for the moment, but in the courtly feast they're sitting in each other's laps like children. The author has had so many mass killings and genocides and tortures of the entire population that it must have been killed several times over throughout the series , yet impossibly they carry on after each book with only minor damage to the kingdom. And in spite of all those terrible things, the protagonist constantly spares these terrible enemies out of a feeling of wrongness in killing and some senseless code of honor which requires him to spare anyone who simply "bends the knees," even while they or their agents are simultaneously slaughtering, enslaving, raping pillaging and commiting genocide on the kingdom. And what's to stop the beaten enemy from running away and recovering to do it all over? Nothing. Paradoxically, the protagonist temporarily turns into a strong beast (while maintaining all mental faculties) and while performing normal combat with the use of a sword and shield and spells, also eats people not out of combat necessity but out of malice. And then it's later joked about after the battle. The books make no sense.