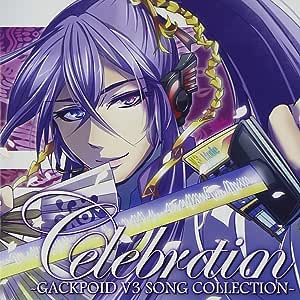 Music Love
5つ星のうち5.0 Excellent!
2013年7月11日にアメリカ合衆国でレビュー済み
Amazonで購入
I'm always listening to this and "Kirameki Senshibanko Daigaen" (that's a mouthful), which is one of Gackpoid's Vocaloid2 albums, on my iPod since I don't have a CD player right now. The quality is very good, much better than just trying to get it online, and having a Vocaloid album as a physical CD is just awesome!! There are songs on here that you would be hard-pressed to find anyway, and it's difficult to find certain Gakupo songs in general, much less in such good quality. I can't wait until I can listen to these tunes on long car rides.

The songs themselves are AMAZING, his V3 is a vast improvement over his older bank. It's nice to come across songs you wouldn't normally find anyway. Most of the tracks seem to use Power, and some have Power with Whisper in between to accentuate a verse or two nicely. This album comes with two CDs, one with songs and one with some video I believe - I haven't seen the video stuff yet but I will soon. It also comes with a lyric-book (all in Japanese) with some cool art on it.

The only con I can think of about is that "Kirameki Senshibanko Daigaen" had 18 tracks and this one only has 12. So, in my opinion it's way too short!

Obviously, all the songs are in Japanese and I often find it difficult to find a translation online, but I've always been able to enjoy songs no matter what language they are in. It's all art!
続きを読む
違反を報告
レビュー を日本語に翻訳する
すべてのレビューを参照します
Amazonプライム会員ならお急ぎ便、日時指定便が使い放題
さらに、映画もTV番組も見放題。200万曲が聴き放題 。クラウドに好きなだけ写真も保存可能。
> プライムを無料で試す