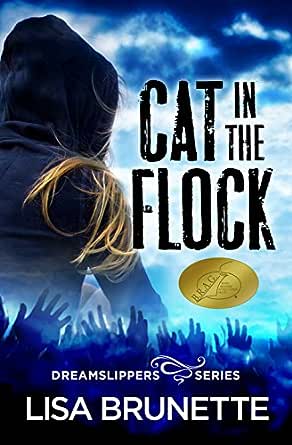 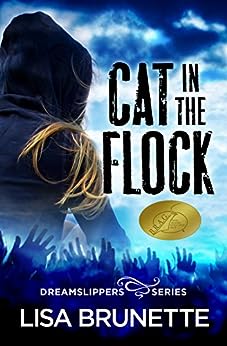 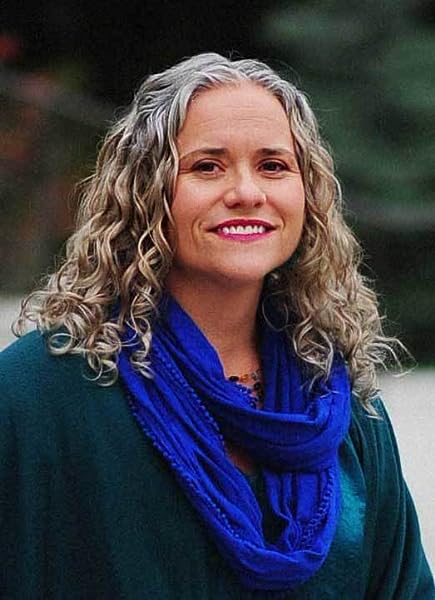 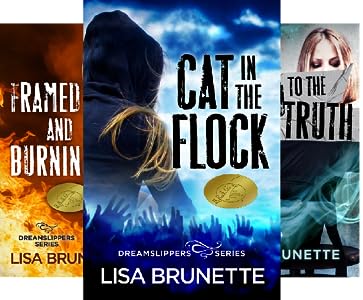 What if you could slip into the dreams of a killer? This family of PIs can. They use their psychic dream ability to solve crimes, and that isn’t easy. Especially if you’re totally new at this.

“The launch of an intriguing female detective series.”
—KIRKUS REVIEWS

Following a mother and daughter on the run, apprentice dreamslipper Cat McCormick goes undercover inside a Midwestern fundamentalist church. Is its enigmatic leader guilty of domestic violence? Did his right-hand man really commit suicide? Cat must tame her wild psychic gift in time to learn the truth…

Left behind in Seattle are Cat’s mentor—her flamboyantly New Age grandmother Amazing Grace—as well as Lee Stone, the childhood sweetheart she’d only just reconnected with. Will the two be able to help her from afar? And why is Cat slipping into Lee’s dreams across thousands of miles? Maybe the Ranger’s Iraq-issued PTSD, not to mention their fiery romantic connection, has the power to close the distance.

“A fascinating tale of mystery, romance, and what one woman’s dreams are made of.”
—MARY DAHEIM, BESTSELLING AUTHOR OF THE BED-AND-BREAKFAST SERIES

Lisa was born in Santa Rosa, California, but that was only home for a year. A so-called "military brat," she lived in nine different houses and attended nine different schools by the time she was 14. Through all of the moves, her one constant was books. She read everything, from the entire Nancy Drew and Trixie Belden mystery series to her mother's books by Daphne du Maurier and Taylor Caldwell. A widely published author, game writer, and journalist, Lisa has interviewed homeless women, the designer of the Batmobile, and a sex expert, to name just a few colorful characters. This experience, not to mention her own large, quirky family, led her to create some truly memorable characters in her Dreamslippers Series and other works, whether books or games. Always a vivid dreamer, not to mention a wannabe psychic, Lisa feels perfectly at home slipping into suspects' dreams, at least in her imagination. Her husband isn't so sure she can't pick up his dreams in real life, though. With a hefty list of awards and publications to her name, Lisa now lives in a small town in Washington State, but who knows how long that will last... SIGN UP: Lisa publishes a bimonthly newsletter. Sign up and receive a free book! http: //forms.feedblitz.com/192

Kathrin Hutson
5つ星のうち4.0 Interesting take on a female PI story
2018年12月8日 - (Amazon.com)
Amazonで購入
This was a quick read with an entertaining plot. I definitely didn't find the narrative dragging at all, and the mystery itself was believable and engaging. I did find myself a little disappointed with the believability of the characters sometimes; the younger ones (Cat herself and some of the girls in the church) were written to be a lot older than they actually were, coming across not as 18 and 22 but as in their late 20s to early 30s. Some of the dialogue was a little stilted, which threw me out of the story when I tried to think of people I know that age who actually speak like that.

I will say, though, that the ending really brought up some feels for me, which rarely happens and is in and of itself definitely a surprising accomplishment. I also really appreciated that this was a "supernatural mystery" but didn't revolve around a secret world of PIs or detectives who could all do this. There's no explanation for why Cat can dreamslip, only that her grandmother can also and that, while her family all knows about it, the gift skipped a generation.

Definitely an entertaining read. Good for anybody who's looking for a little bit of fun, light reading.

Laura S Reading
5つ星のうち4.0 Mystery involving sensitive topics
2017年2月28日 - (Amazon.com)
Amazonで購入
When I first heard about this book I had thoughts of the tv show Medium enter my mind. I have been known to binge watch Medium and Ghost Whisperer. I appreciate being allowed into people's heads, their innermost unguarded thoughts.

My hesitation about reading it came from the topic of Megachurches and extreme religions. My experience with them comes only through the media and entertainment vehicles such as books and movies. We have all heard of priest scandals and vicious nuns. I accept those scenarios are not reserved to the Catholic or Jesuit faith.

Some reviews may lead you to think this could be a cozy mystery but I prefer to place it outside the cozy genre. Yes, Cat is an amateur sleuth and some of the supporting characters have more "character" than found in a traditional mystery, always a plus for me in a novel, and for the most part the story is not explicit, but overall this just does not feel "cozy" for me. It does deal with sensitive topics. I was thrown by a few of the opening chapter quotes. I wish they would have been accredited.

Cat's experience in a dreamslip was written so real it takes a moment to interpret whose dream she has entered. I liked that. Even though Cat has little real world experience, she has a very quick and intelligent mind. She is also blessed with being included by association into her energetic and unusual granny's circle of friends.

There is a romantic element to the book which does take a backseat to the investigation. I appreciated that it did not overpower the mystery role. When a third person sends sparks, it is foreshadowed that someone may not get a happy ending. The fact that I cared proves how well the characters are written.

Cat is learning about dreamslipping at the same time we are. She has an awkward experience but trusts Granny Grace enough to share it with her. Several sensitive and awkward topics are handled skillfully in this book.

Don't expect a typical cozy read but be open to characters with an abundance of personality.
Be prepared for sensitive topics to be covered, knowing each reader may react differently to them.
The women take the roles of strength and power in this series. Accept it.

Karen B
5つ星のうち5.0 An aspiring Private Detective with a speciall gift
2015年9月18日 - (Amazon.com)
Amazonで購入
I received the audio book free for an honest review and purchased the Kindle version. I did find the book itself thoroughly enjoyable although I was not too crazy about the narrator, but it didn't interfere with my enjoyment of the book.
I was enticed to this book because of Cat's unusual gift (sometimes seen as a curse) of dreamslipping, slipping into the dreams of others which allows her to really know what they are thinking. Cat comes to stay with her grandmother where she is learning to use her gift and become a P.I.
She travels back to St. Louis to investigate a cult. She determined to find out the story behind a mother and her daughter she discovered hiding out in a warehouse in Seattle. She senses that they are in danger, perhaps from the woman's husband who is a pastor in a Seattle cult. Using her gift and her investigative skills she finds the cult is not all that it seems to be. Cat's empathy and concern for the woman and for a friend she makes while undercover at the cult made Cat a very likable character. I thoroughly enjoyed the story i
続きを読む
1人のお客様がこれが役に立ったと考えています
レビュー を日本語に翻訳する

histbuff
5つ星のうち4.0 the writing is excellent, the characters are interesting
2018年2月14日 - (Amazon.com)
Amazonで購入
A very impressionistic review, lacking in details:

I am 100% not sold on the idea of placing dreams at the center of anything—they are so much flotsam of the subconscious, signifying not very much. Thus, I had somewhat of a difficult time with the "dreamslippers" premise, at least as far as it might be something used by a detective. That said, the writing is excellent, the characters are interesting, and the novel moves at a brisk pace. About a third of the way in I set aside my hang-ups and went along for the ride. I wasn't disappointed.

I should add that, despite my misgivings, "dreamslipping" in itself is an interesting premise. Brunette does a good job of exploring some of the weirdness that might occur if one slips into others dreams, particularly in a romantic relationship. The idea is menacing—who in their right mind would want involuntarily to inhabit another's consciousness, sub or otherwise?—and Brunette does of fantastic job conveying that menace.