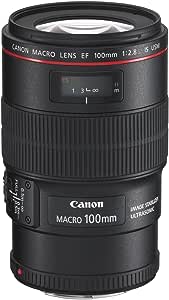 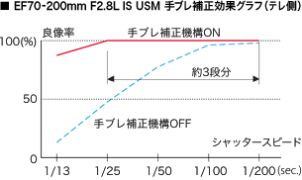 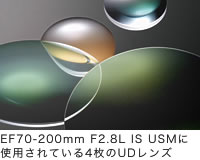 C. Hawkes
5つ星のうち5.0 Stunning IQ - my favourite L-series lens.
2016年10月15日に英国でレビュー済み
Amazonで購入
Please note - some of the reviews here are for the non-L macro lens. Just to be clear, this is for the Canon EF 100mm f2.8L Macro IS USM Lens.

This is, quite honestly, a stunning lens - and I write as someone who has several L-series lenses. Image quality is startling - better than my go-to EF 24-105mm f/4 L IS USM; colour rendition faithful and bright. (Of course, it is a prime lens, but even so.)

As a walk-around lens, this has performed well for me as a medium telephoto - making me think about composition and using the "foot-zoom" has been fun. It is very well made and solid in feel without being heavy - as you'd expect from an L-series lens, build quality is excellent.

But of course it is the macro performance that is the best feature of this lens. Close focus is excellent, and the (supplied) lens hood allows you to get very close to the subject without worrying about contact with the glass - a real benefit of the 100mm macro lens against those with shorter focal lengths. The aperture of 2.8 is fast enough for hand-held performance in decent light - of course, at this aperture depth of field is VERY narrow: see the picture of the caterpillar for an image captured at f2.8; the burnets were captured at f5.6 - you can see the wider depth of field; the (white and pink) Great Masterwort was taken at f20.

In short, this is probably my favourite lens. I'd give 6 stars if I could!

foxycub
5つ星のうち5.0 Great lens for super-sharp macro photography
2018年2月6日に英国でレビュー済み
Amazonで購入
This is a great lens - extremely sharp for macro photography. I toyed with the idea of buying the cheaper (non-L) version and also buying a Canon ring flash but I'm glad that I opted for this lens instead. The image stabilisation is really useful if you want to try to shoot handheld and you can get extremely cheap ring flashes that work really well.

You can couple this lens to an extender if you also mount an extension tube between the camera body and lens. The cheapest canon extension tube is fine. This combination can increase the magnification for macro to greater than life size (on the sensor).

I picked this up at a promotional price when there was also a cash-back offer from Canon, so it was ridiculously cheap. Definitely pays to watch out for offers, both from Amazon and also from Canon.

Token review: it's a great lens, I'm on my second copy in 10 years, wouldn't swap it for the world. Great for portraits, good in the studio, and wonderful for chasing pieces of dust or bugs if that's your thing. As for me, this is a no-brainer for weddings and product photography.
続きを読む
4人のお客様がこれが役に立ったと考えています
役に立った
違反を報告
レビュー を日本語に翻訳する

Stu
5つ星のうち5.0 Fantastic lens for macro shots of bugs
2017年11月17日に英国でレビュー済み
Amazonで購入
Used for taking shots of bugs, especially timid ones where I need a bit more reach on the lens without having to be a few inches away from the subject. Autofocus is blisteringly fast and made even better with the fact you can adjust the focal range with a switch on the side of the lens. Image quality - even on a cropped sensor camera is stunning. In my opinion, definitely worth the price, feels good, takes great shots and can feel the quality. Comes with a lens hood which can be turned around and stored on the lens when not in use (at the trade off with been able to use manual focus).
All in all, incredibly happy with it although now after getting my first 'L' series lens - I want to upgrade all of my other lenses to 'L' too...best get saving.
続きを読む
1人のお客様がこれが役に立ったと考えています
役に立った
違反を報告
レビュー を日本語に翻訳する

Neil Hamilton
5つ星のうち5.0 This is a fantastic lens. Pin sharp with a smooth and creamy ...
2015年6月22日に英国でレビュー済み
Amazonで購入
This is a fantastic lens. Pin sharp with a smooth and creamy bokeh. The IS system is very effective but you will still need a tripod if you are focusing down to 1:1 or thereabouts. Use the focus limiters as you will find it tends to hunt quite a lot if you are not in the right range. The biggest thing you need to know about this lens it to make sure the IS system has stopped running and is "parked" before you remove it from the lens. I have not done this a couple of times in haste and it leaves the inner element in a free state, rather than being locked safely in place, rattling around inside the body, which can be a bit scary initially and could cause damage over time if not addressed. However, the two times I have had this happen, it has not caused any damage whatsoever and the lens is still in perfect condition and functionality. Well worth every penny of the price. It is a bargain in my mind and is rarely off my camera. I also use it as a general walk-about lens for landscapes and portraits etc. However, it is, as I said, pin sharp and can show up details that you might not want to see! ;-)
続きを読む
4人のお客様がこれが役に立ったと考えています
役に立った
違反を報告
レビュー を日本語に翻訳する

Luke B.
5つ星のうち5.0 The IS helps a lot on this model if you like to wander round the garden (like me) and shoot ...
2017年4月21日に英国でレビュー済み
Amazonで購入
What a lens.

The IS helps a lot on this model if you like to wander round the garden (like me) and shoot hand held. Everything is smooth and creamy for macro, and pin sharp if you use it as a general prime lens. Probably one of the most versatile and best quality lens I have used, and I have a few L series lens for my 7D.
続きを読む
5人のお客様がこれが役に立ったと考えています
役に立った
違反を報告
レビュー を日本語に翻訳する

sp
5つ星のうち5.0 Quality Lens
2015年8月11日に英国でレビュー済み
Amazonで購入
Having had this lens for just over a week now thought I'd upload a review. Beautiful to hold, solid quality build. I've coupled this with my 7D and having so much fun haven't had time to try it on my 40D or 350D (I'm a Canon junkie :) ). The images are beautifully sharp as you'd expect from an "L" lens. No focusing problems whatsoever, a real joy to use. I love flower / macro photography and the bokeh from this lens is gorgeous.

This is my 4th "L" lens and is fast becoming a favourite. Highly recommended!
続きを読む
5人のお客様がこれが役に立ったと考えています
役に立った
違反を報告
レビュー を日本語に翻訳する

Faffer
5つ星のうち5.0 Superb
2013年8月13日に英国でレビュー済み
Amazonで購入
Beautiful lens, makes any shot a bit special. Am using as portrait lens at the moment but looking forward to tryng the macro out...

update - having used this lens for a little while now I felt I should expand a little. The image quality is just superb. When I download my pics and go through them I instantly spot ones taken with this lens - even compared to my nice 70-400 f4 L. I guess you'd expect a prime to be very sharp, and it really is, and the bokeh is dreamy. I'm not a pro so don't have years of experience, or a lot of other lenses, to compare it to, but I can say for sure it's my favourite lens. I've heard good things about the non-L 100mm but never having tried it I can't say whether it's worth paying out almost double the money for this beauty... but on it's own merits I'd say it's worth every penny. One note of caution - depth of field is *very* shallow if you're open wide, but I guess you'd expect that.

Only played with macro a small amount, but results I got on those occasions were beautiful.

A reviewer on here mentioned noisy AF. I haven't noticed that but it's not something that is an issue for me anyway. Sometimes I have noticed the AF struggling to seek, but it has been in situations where I would have expected that from any lens - eg close up of plants with many focus points, at many distances.

SJP
5つ星のうち5.0 So sharp you'll cut yourself
2012年12月21日に英国でレビュー済み
Amazonで購入
By golly this lens is sharp!

I thought I'd seen sharp optics before, but this lens is in a different league, it's tack-sharp all the way from wide open at f/2.8 through to the point at which diffraction starts to become noticeable at around f/22. You can safely use it at any aperture and be assured of image quality which will exceed almost anything else on the market.

Build-quality feels slightly plasticky for a canon L series optic, but it does have metal where it counts along with a weather-sealing rubber gasket. The hood's a little on the large size, and when reversed it completely covers the focussing-ring, distance scale, and focus/image stabilisation switches which is a pain.

The IS system seems to operate very well, it's one of canon's latest hybrid systems which is supposed to compensate for both up/down/left/right and tilting movements, and it's very quiet compared to the earlier (3-stop) incarnations of the IS system. Focussing is near instantaneous and as near silent as you can get.

It's a big lens for it's focal length, and the elements are large (especially the rearmost element) as it's relatively wide aperture, all of which makes it reasonably heavy but not overly so, and it's nicely weighted.

It'll reproduce a 1:1 image, like most true Macro glass, but the 4-stop IS only offers a 2-stop advantage at 1:1 which isn't really a problem as the depth-of-field, even at smaller apertures, is sufficiently small that you'll want to use a tripod to steady the camera.

Janet
5つ星のうち5.0 Superb lens
2018年4月14日に英国でレビュー済み
Amazonで購入
I absolutely love this lens. I am just an amateur photographer and debated with myself for quite a while whether it was worth paying this amount. I finally ordered it when there was a discount, so paid just under £700. It is worth every penny. It is quite hefty once on the 80D body, but it is on the tripod more often than not anyway. The quality of photos, straight out of the box without much practice, is superb.

Delivery, as usual with Amazon, was quick and as promised, and it was well packed.
続きを読む
役に立った
違反を報告
レビュー を日本語に翻訳する

Doug
5つ星のうち5.0 Fabulous image quality, fast autofocus, near silent operation - an unbelievably good lens.
2015年4月20日に英国でレビュー済み
Amazonで購入
A friend suggested that I upgrade my camera lenses, to the Canon F2.8 throughout lenses, and so I said goodbye to my Tamron 90mm Macro and got this beauty.

Well, I have just come back from my first day shooting.

To test the lens I decided to do handheld shots with the IS on.

Just look at the image to see the detail captured.

The focusing is very fast and assured.

The motor is near silent.

The image quality, well it far exceeds expectations, the sharpness is superb.

I could not be more impressed.
続きを読む

Amazon Customer
5つ星のうち5.0 A Mighty Macro !
2016年6月10日に英国でレビュー済み
Amazonで購入
Don't leave many reviews but felt I had to for this . Fantastic Lens , very Impressed . Canon have certainly done well here . As an amateur photographer I did worry a little about the price tag but the year saving was definitely worth the wait . I've found the image clarity amazing with the 9 blade aperture you get fantastic blur around the image . I've had great fun snapping pics since I brought this lens . It's opened a whole new world of photography for me . Would recommend for anyone looking into Macro photography .
続きを読む