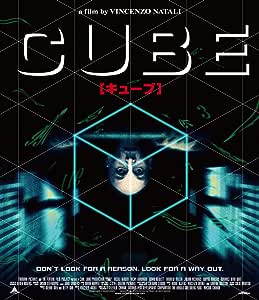 Delroy1
5つ星のうち1.0 Product review
2019年4月11日に英国でレビュー済み
Amazonで購入
Great film, but shoddy product.
Other reviews report that the sound on this Bluray goes out of sync, and that is still the case in 2019. I wouldn't describe it as really bad, but it is definitely noticeable. This issue has existed since the disc was released by Lionsgate seven years ago, and they haven't corrected it.
My advice is if they cant be bothered to fix it, avoid this disc. They clearly ignore customer feedback, but seem happy to continue marketing a substandard product, and take your money.
続きを読む
7人のお客様がこれが役に立ったと考えています
違反を報告
レビュー を日本語に翻訳する

meh
5つ星のうち3.0 Fantastic movie, dodgy Bluray transfer - audio sync issues (on Xbox One at least)
2015年4月27日に英国でレビュー済み
Amazonで購入
I won't bother writing an in depth review of this movie, we all know it's brilliant (apart from some clueless moron Amazon users, apparently), basically it's a character study/social commentary wrapped up in a sci fi horror package with the theme that 'in extreme situations, people show you who they really are; people you think are horrible, cold and selfish people in day to life could be the ones to step up and save you in a horrific situation, whereas people you think you can trust, who are decent and friendly people in every day life could easily be the ones to screw you over and become monsters with just a little prodding'. Basically, the movie is about the old mantra 'Don't judge a book (person) by its cover', and it does this beautifully - albeit with some dodgy dialogue in places - and is also a remarkable achievement considering the insanely low budget the movie had (FYI, the entire movie was made with only one and half actual 'rooms').

Evidently some people aren't impressed with themes or allegories these days, and their entire criteria for how good a horror movie is seems to be based on how much blood, guts and severed body parts it contains. Oh well.

Now, onto the Bluray release.

There is a HUGE problem with the audio on this Bluray. Basically for half the scenes in the movie the audio is slightly out of sync (could not work out if it was 'early' or 'delayed'), so character's lips do not match up with what they're saying. I thought it was just maybe my player but I've tried on two now and the same issue arises.

And unfortunately it seems to happen on all the most intense scenes with the most important dialogue, such as "It's ASTRONOMICAL...!!!", and the 'boot pounding' sequence, is very distracting when the 'thuds' don't match up with the visuals.

The picture quality is pretty superb considering this was a low budget independent movie from 1998, before home HD viewing even existed, although don't be fooled by the '15th Anniversary Edition' disclaimer - this release has NO new extra features not found in previous DVD releases. Still, it would be more than worth it for the HD visuals alone, if it weren't for the awful lip-sync issues.

So be warned! Hopefully the publisher will realise at some point and rectify it, though it blows my mind that this sort of thing could get past quality control.

(Oh, and the movie stars David Hewlett - that alone is reason enough to want to see it - but maybe get a different release of it.)
続きを読む
7人のお客様がこれが役に立ったと考えています
違反を報告
レビュー を日本語に翻訳する

Cricket
5つ星のうち5.0 Tense, gripping film
2019年11月25日に英国でレビュー済み
Amazonで購入
I bought this film for my son and I to watch over Halloween along with some other movies - not a traditional error but this one definitely stood out. Clearly, it was low budget but that didn't matter - it held us both from start to finish and stayed with me, certainly, for long after the end. A real example of ingenuity overcoming budget restrictions.
続きを読む
1人のお客様がこれが役に立ったと考えています
違反を報告
レビュー を日本語に翻訳する

RJ
5つ星のうち5.0 Not just great Sci Fi - a great film
2013年1月7日に英国でレビュー済み
Amazonで購入
Didn't see this at the cinema but picked up a dvd copy some years ago. When I saw it out on Blu - Ray I just had to get it. This film is not just a great sci - fi film it is a great film full stop (or period for Americans).

The setting is great, the reason for the cast being inside a large cube made up of several smaller rooms, some "safe" and some trapped in a variety of interesting and gory ways is never revealed. Does this matter? No: the writing, direction and acting allow the characters to develop sufficiently to add just the right tension.

The plot: how do the cast get through the maze of shifting rooms to the exit? Sounds simple but the claustrophobia of the sets coupled with the increasingly fraught interraction between those trapped makes this a true gem almost reminiscent of other great clautrophobic inducing sci - fi films e.g. Alien -trapped in a confined space with nasty things round the corner and trying to escape. See basic plot (in theory) coupled with excellent direction and acting equals great film.

Crookedmouth
5つ星のうち3.0 So-so sci-fi
2011年7月11日に英国でレビュー済み
Amazonで購入
You wake up on the floor of a cell with five other people - none of whom can remember why they are there or how they got there. The cell is 14 foot on each side and there is a hatch one each of the four walls and on the floor and ceiling, each leading to another identical cell. You have to find your way out of the complex before you die of thirst, but your way is beset by lethal (and rather gruesome) boobytraps and the rising tensions and in-fighting between your companions.

Like other reviewers, I first caught this film several years ago on the sci-fi channel. At first glance, it doesn't have a lot going for it. There are no big name stars and the acting ranges from average to thickly-sliced ham, although Andrew Miller turns a fairly convincing Rain Man performance as a mentally challenged savant. The plot is linear in the extreme; the initial tension the viewer feels quickly evaporates as the prisoners discover that the traps can be avoided by reading clues in the rooms' serial numbers (which also provide a handy escape route clue) or by the simple expedient of chucking their boots into the next room before entering.

In its favour, the set is certainly striking despite (or because of?) the low budget and sparse SFX. I mean how much would you need to spend on a set that (probably) comprised of one or two identical prison cells? It was, however, the /concept/ that captivated me when I first saw the film. The idea of being trapped in an apparently endless series of cells, some benign, some designed to kill in the nastiest of ways, resonated with my worst nightmares. It's a concept that richly deserves further exploration (and it got that in  two   sequels  of mixed quality). Who built it? Why? What were the prisoners guilty of ? Why the booby traps and why the escape clues? Certainly the origin of the prison is a huge elephant in the room and the prisoners speculate about it (one is even revealed to have been a clueless sub-sub-sub-contractor in its design) but in the end the film never ventures outside the confines of this construct and the questions are left hanging. That ambiguity is probably the film's greatest strength.

Unfortunately, though, it's not quite enough to raise the film far above the parapet of ordinariness. Once you've experienced the environment and discovered that there are no answers, all you are left with is the group dynamic - the rising tensions, the allegiances, treachery and violence and, as I mentioned the "could-do-better" acting doesn't quite manage to set fire. Having seen the film once and been captivated, the second viewing came as a bit of a disappointment.

Nevertheless, this is a good film - well worth one or two viewings. The DVD is no longer in print and it seems that different sellers have different pressings. Mine came with dutch sub-titles (not deselectable) and no extras of any particular note.
続きを読む
2人のお客様がこれが役に立ったと考えています
違反を報告
レビュー を日本語に翻訳する
すべてのレビューを参照します
トップへ戻る
Amazonについて
Amazonでビジネス
Amazonでのお支払い
ヘルプ＆ガイド
日本語ショッピングのための言語を選択します。 日本ショッピングのための国/地域を選択します。
© 1996-2020, Amazon.com, Inc. or its affiliates