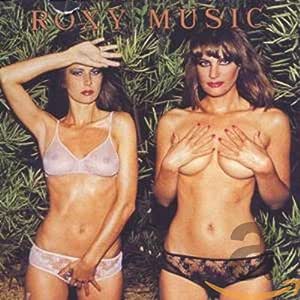 The Punk Panther
5つ星のうち4.0 A really good time....
2018年6月18日に英国でレビュー済み
Amazonで購入
Not quite as seminal as the first three Roxy Music albums, "Country Life" was released in 1974 and fascinated me as a 15 year old schoolboy. I wonder why! Women were women in those days. Indeed. Funny how some albums in those days were inextricably linked to their covers, this is one of those. Eno was long gone now, and, just as on its predecessor, “Stranded”, I am not sure his tape loops and so on were particularly missed. This album still showcases mid 70s Roxy Music at their very best - alternating between majestic, unsettling art rock and glamorous, elegant pop/rock.

"The Thrill Of It All" is a somewhat bloated, but still exciting opener, instantly recognisable as Roxy Music. It has an impressive, slow build up intro. "Three And Nine" is an appealing, melodic whimsical Bryan Ferry tune and the accompanying single "All I Want Is You”, with its storming opening guitar riff, is the most underrated of Roxy's excellent singles. Then there is "Out Of The Blue" with its great bass line and stunning Phil Manzanera guitar, augmented by Eddie Jobson’s electric violin. "If It Takes All Night" is a jazzy, boogie-blues singalong number, with an excellent, upbeat, Andy Mackay saxophone solo in the middle.

"Bitter Sweet" is more than a little clunky, with its "sturm und drang" Teutonic chorus (the German lyrics for which Ferry was assisted on by the two German models who appeared on the cover), while "Triptych" is quasi-religious and more than a little odd. Some Elizabethan-style keyboards are an innovative presence. Despite its somewhat clumsy chorus part, it is appealing, in an inexplicable sort of way.

The urgent, slightly mysterious rock of ”Casanova” sees a return to the Roxy of old, sniping at the contemporary “jet set” that Ferry so wanted to belong to (although I prefer the more mellow, funkier version that appeared on Ferry's "Let's Stick Together" album in 1976). "A Really Good Time" is classic laid-back Roxy rock with Ferry's voice to the fore, with a great bass line, and "Prairie Rose" signs off in true Roxy overblown rock style. Again, Phil Manzanera’s guitar on this is spectacular.

Not a bad album at all, but at the time I was a tiny bit underwhelmed, which is a little bit unfair. For many, this is seen as the most artistically complete Roxy Music album. I can understand why they may think that, but I prefer the previous three outings overall.

Franz Bieberkopf
5つ星のうち5.0 Last great Roxy album
2013年10月29日に英国でレビュー済み
Amazonで購入
The creative impilses that commenced with 1972s debut album were still going strong with "Country Life". I first saw the cover when I was 12 years old, so i still have a degree of affection for it!!
The music is great too-"Thrill of It All", "All I Want Is You","Prarie Rose" (about Ferry's then-squeeze Jerry Hall)-all great stuff.
The first four Roxy albums are fantastic,amazingly and consistently high quality.There's also a live album "Viva!Roxy Music" which is great,mostly from the band that recoeded "Stranded", but released in 1976
The rot set in with "Siren", and they went downhill quite rapidly,ending up with "Avalon",stuff that makes you want to use the word "sophisticated" as an insult.
Try to avoid the later Roxy, it really pales incomparison with the first four albums
続きを読む
6人のお客様がこれが役に立ったと考えています
役に立った
フィードバックを送信中...
フィードバックをお寄せいただきありがとうございます。
申し訳ありませんが、お客様の投票の記録に失敗しました。もう一度試してください。
違反を報告
レビュー を日本語に翻訳する

S Adam
5つ星のうち5.0 Sounds terrific
2020年1月27日に英国でレビュー済み
Amazonで購入
Wonderful sound on this vinyl re-issue. I have a couple albums that have been mastered at half-speed like this and absolutely worth a little extra. The sleeve is unusual (to me at least) as it has the picture wrapped on to the cardboard and glued at the top giving it an even more 70s vibe.

Jock McTavish
5つ星のうち5.0 love it
2013年12月28日に英国でレビュー済み
Amazonで購入
great album - up till now i have been stuck in the best of roxy music rut and this opened my eyes a bit - out of the blue is an excellent track and the rest pf the album keeps up the high standards
続きを読む
1人のお客様がこれが役に立ったと考えています
役に立った
フィードバックを送信中...
フィードバックをお寄せいただきありがとうございます。
申し訳ありませんが、お客様の投票の記録に失敗しました。もう一度試してください。
違反を報告
レビュー を日本語に翻訳する

Frank
5つ星のうち5.0 Roxy Music at their best
2013年12月3日に英国でレビュー済み
Amazonで購入
I have listent to Roxy Music since the early eighties and really love Country Life, this order was not delivered in time but I had good contact with the seller. Five stars and I can recommend both the seller and Roxy Music for every one who likes good Music.
続きを読む
役に立った
フィードバックを送信中...
フィードバックをお寄せいただきありがとうございます。
申し訳ありませんが、お客様の投票の記録に失敗しました。もう一度試してください。
違反を報告
レビュー を日本語に翻訳する