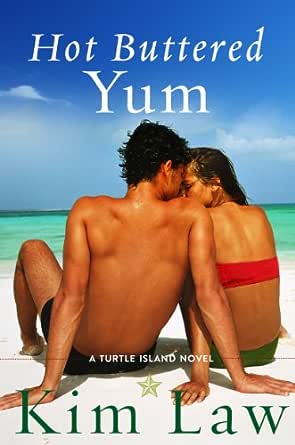 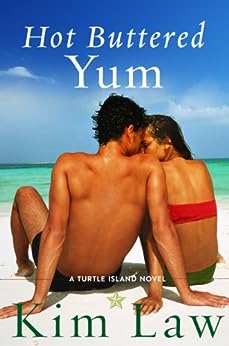 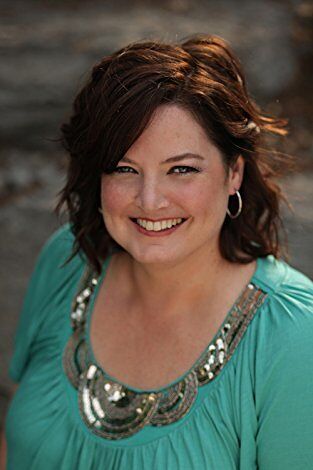 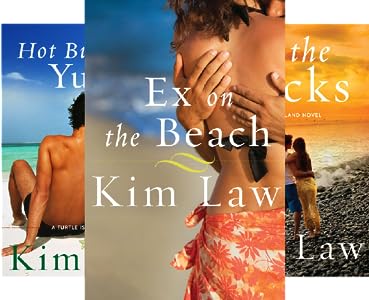 As a child, Kim Law cultivated a love for chocolate, anything purple, baton twirling, and creative writing. She penned her debut work, “The Giant Talking Raisin," in the sixth grade and got hooked on the delights of creating stories. Before settling into the writing life, however, she earned a college degree in mathematics and then worked as a computer programmer while also raising her son. Now she's pursuing her lifelong dream of writing romance novels; she has won the Romance Writers of America's Golden Heart Award, has been a finalist for the prestigious RWA RITA Award, and currently serves as president for her local RWA chapter. Kim is the author of Caught on Camera, Sugar Springs, and the Turtle Island novels, Ex on the Beach and Hot Buttered Yum. A native of Kentucky, she lives with her husband in Middle Tennessee.

susan louden
5つ星のうち2.0 Easy read
2019年9月2日に英国でレビュー済み
Amazonで購入
Not usually my sort of read but it's easy to read and everyone needs a bit of romance in their lives
続きを読む
違反を報告
レビュー を日本語に翻訳する

Elspeth
5つ星のうち5.0 A mistake which backfired
2016年10月3日に英国でレビュー済み
Amazonで購入
I bought this book thinking it was another series I had enjoyed and was not disappointed. I had read the third book first, Ginger's story then bought book one and two. I suspect Ksyla's will be next and I cannot wait#
続きを読む
違反を報告
レビュー を日本語に翻訳する

linda
5つ星のうち5.0 great read
2014年2月18日に英国でレビュー済み
Amazonで購入
I look forward to read more from this writer I really enjoyed this novel
I couldn't put it down once I started it

This is the first book by Kim Law that I have read and I thoroughly enjoyed it. I actually listened to the audio book, instead of reading it. I enjoyed the narration a great deal. This is an uncredited recording, but very well done. I could easily distinguish between the different characters. I’m so glad I chose Hot Buttered Yum as the first book to read by Ms. Law. It is a delightful tale.

Roni Templeton is a concert pianist, who has retired from performing after suffering great personal loss three years before. She is very wary of entering into any kind of relationship with a man, but when she meets Lucas Alexander, she decides that a flirtation with benefits may very well be what she needs. After a conversation with this hot guy, she makes up her mind to accept his seductive overtures. There is one problem though. Lucas is one of the contestants in the Turtle Island’s Yummy Santa contest, and she is the master of ceremonies. Her friend Kayla will have her head if she enters into a fling with a contestant, no matter how good looking and hot he is, and in her mind he is smoking hot!

Lucas is a computer programmer by day and a secret cover model on the side. While he has put that part of his life behind him, he enters this contest to raise a sizable donation for the Leukemia Foundation, a charity that has done so much for him during his little daughter’s bout with the disease.

Thank God his sweet Gracie is now cancer free. When he meets Roni, he is immediately attracted to her in a BIG WAY. Why not enter into a hot, two week fling with the gorgeous Black-haired beauty?

This begins a madly passionate sexual romp for the pair. Can this hot sexual affair turn into more, or will the secrets of Roni and Lucas’s past collide separating them forever.

For the most part, Hot Buttered Yum is a light-hearted romantic comedy, but under the surface, Roni is hiding a great deal of emotional pain. The last thing she wants is to bare her soul to someone who will only be in her life for two weeks, but as their time together goes by, that is exactly what she wants to do, especially when Lucas asks her to come to Dallas and meet his daughter when the competition is over in a couple of days. Fear paralyzes Roni, but she has fallen in love with Lucas.

When she shares her past and the guilt she feels for what happened three years ago, Lucas tells her his story, which in some ways is similar to hers and Roni runs, unable to face the possibility of being hurt again.

Ms. Law writes with a great deal of emotion which touched my soul. I felt as if I experienced Roni’s loss as my own. Her writing style allowed me to become totally enmeshed in the characters’ lives and had me rooting for them as a couple. I fell in love with both characters from the first page, especially Lucas. He pursues Roni even though she does not make it easy for him. It is refreshing to read a story with a hero who has not been a player before he meets the girl. Lucas is an endearing character to say the least.

I also liked the secondary characters as well. The little girl, Gracie, is a delight and adds quite a bit to this great book. The young women who are best friends with Roni have known each other since childhood, and Ms. Law has created the desire to read her other book in the series, and I certainly hope she plans to write more books with these charming characters.

I do want to mention that the sexual scenes are extremely hot and added greatly to my reading enjoyment. If you are looking for a light-hearted story filled with a lot of undercurrents, then this is one that you will definitely want to read. Happy reading!