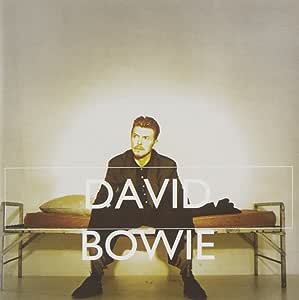 The Buddha of Suburbia was David Bowie's 19th full studio album released in 1993. Asked to write and perform the music for the BBC2 mini series, although classified as a soundtrack, only the title track on the album was featured in the programme itself. The television adaptation of 1990 book, written by Hanif Kureishi, The Buddha of Suburbia is a (semi) autobiographical tale featuring Karim - a South London teenager desperate to escape the suburbs which confine him. Kureishi at the time was already well known for his screenplay of 'My Beautiful Launderette', the 1985 film which centered on issues of sexuality, race and class in volatile 1980's Britain.

Mick Easingwood
5つ星のうち2.0 Bowie's best 90's album.
2019年9月20日に英国でレビュー済み
Amazonで購入
Half good, half boring. I know I always seem negative about "modern" Bowie records. But they're nothing as groundbreaking as his 70's early 80's output. Sorry I'm not gonna lie. I've got all the official albums he's ever released, so I know what I mean.
続きを読む
4人のお客様がこれが役に立ったと考えています
違反を報告
レビュー を日本語に翻訳する

Dysentastra
5つ星のうち5.0 The beginning of the resurrection...
2015年3月7日に英国でレビュー済み
Amazonで購入
Any fans of DB know that after years of brilliance he rather lost the plot after Scary Monsters. However, this low-key development of the music he created for the BBCs television adaptation of Hanif Kureshi's The Buddha of Suburbia is where he really seems to have found himself again. True, Black Tie White Noise which came out the same year as Buddha was certainly better than the likes of Tonight and Never Let Me Down but really wasn't anything special. Here though - perhaps because the inspiration was the TV series and it took DB back to his London roots, he crafted some enigmatic and engaging soundscapes and some memorable songs. As I said, it's low-key, don't expect any truly great DB numbers and by comparison with some of his undoubtedly five-star albums perhaps it doesn't deserve the five I've given it - on a purely musical level perhaps four would be more appropriate but I'm giving it the fifth because without it I'm not sure the we would ever have had all the wonders which were to follow.
続きを読む
2人のお客様がこれが役に立ったと考えています
違反を報告
レビュー を日本語に翻訳する

Nikolaos Oikonomidis
5つ星のうち4.0 Missing pieces
2016年3月18日に英国でレビュー済み
Amazonで購入
I regret to say that after Tonight I had kept distances from my beloved David Bowie.After death,I also regret saying,I started discovering he had made some very interesting and beautiful records I had missed.This is one of them.Not the best so far(I liked Reality better) but one with variety,fresh ideas and enjoyable overall.
続きを読む
4人のお客様がこれが役に立ったと考えています
違反を報告
レビュー を日本語に翻訳する