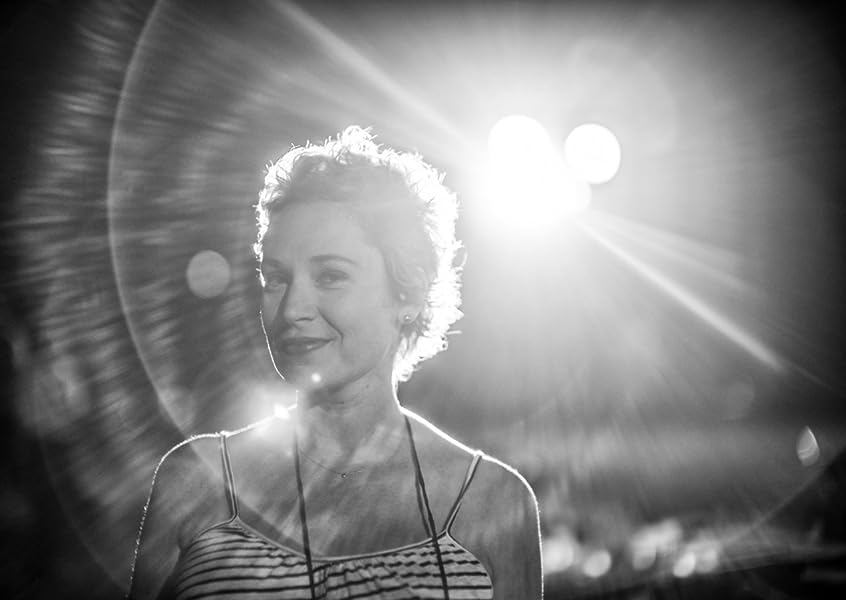 Sarah Lacy is an award-winning journalist and author who has covered entrepreneurs for nearly fifteen years. She is a Senior Editor at TechCrunch.com, where she writes about global entrepreneurship, and is the author of Once You're Lucky, Twice You're Good: The Rebirth of Silicon Valley and Rise of Web 2.0. She blogs about her travels on SarahLacy.com.

Ankur Banerjee
5つ星のうち5.0 Brilliant insights
2012年9月25日に英国でレビュー済み
Amazonで購入
This book is absolutely amazing. Chock full of on-the-ground experiences that you simply cannot beat, and the whole concept of sharing stories through the lives of select entrepreneurs. Yet, it doesn't just fawn over them - there is brilliant analysis of what challenges are being faced in each country, but also good analysis of what their strengths are.
続きを読む
違反を報告
レビュー を日本語に翻訳する

Edward
5つ星のうち4.0 Excellent Global Insight
2015年5月10日に英国でレビュー済み
Amazonで購入
For an overview of what's happening around the world and a deeper insight into the reality behind the headlines, read this book. Well written and researched, great entrepreneurial stories with global politics/economics in the mix.
続きを読む
違反を報告
レビュー を日本語に翻訳する

Neville Samuels
5つ星のうち4.0 Fascinating Insight into Emerging Markets and their Enterpreneurs
2011年2月5日にアメリカ合衆国でレビュー済み
Amazonで購入
Author, Sarah Lacy, is inspired by "truly great entrepreneurs" so much, she seeks them out in all corners of the globe. For this book, she travelled to eleven different countries in about 40 weeks. Interviewing entrepreneurs, investors, policy makers and everyday locals. She provides us with a deep insight into how a handful of creative risk-takers have seized opportunities to not only enrich their own lives, but to also do good for their country, especially in places like Rwanda, that was ravaged by a brutal genocide 16 years ago.

The book primarily focuses on five emerging markets: China, India, Israel, Rwanda and Brazil. Each has it's own set of strengths and weaknesses. India has it's "invisible infrastructure" including mobile telephony and it's service economy. Israelis "make great entrepreneurs" who live like there is no tomorrow.

While China is a notoriously difficult country to do business in, it's emerging as the leading world powerhouse. Things move faster in China and millions of people have been moved out of poverty in the last decade. It's communism that has embraced capitalism.

A lot of this information isn't news to most people who follow technology, world economics, and venture capital. It's the personal touch that Lacy brings to the table. It's the inspiring personalities, like Marco Gomes in Brazil, brought up in a poor farming community to becoming a successful internet advertising entrepreneur. And, in a recent interview, Lacy says that her dream coffee date would be Pony Ma, CEO of Tencent, a Chinese company that is now the third largest internet company in the world.

Lacy tells us their life stories, so we get to know them more intimately and understand the risks and struggles they went through, especially in their nascent markets.

The beginning of the book puts the U.S. economy in it's place. And it's not a pretty picture. More money is flowing away from Silicon Valley as more venture capitalists start investing in the new emerging markets like China and Brazil where there are greenfield opportunities that aren't bogged down with heavy regulations, like Sarbanes Oxley.

Sarah says she hopes "Everyone in the US reads my new book -- less for royalties and more to raise awareness about the amazing entrepreneurs in the emerging world." This, "Brilliant, Crazy, Cocky..." book is Sarah's third and it's served to make her name synonymous with technology, venture capital and savvy entrepreneurs. Now on a global scale. Let's hope she writes another, this time about smart and inspiring entrepreneurs in Russia, Scandinavia, Mexico...
続きを読む
2人のお客様がこれが役に立ったと考えています
違反を報告
レビュー を日本語に翻訳する

Cliff Edmeades
5つ星のうち4.0 Required reading for leaders
2013年9月24日にアメリカ合衆国でレビュー済み
Amazonで購入
This well written book ranges around selected key countries in the world and examines the attitudes they as societies take toward improving the lot of their populations by variously encouraging entrepreneurship.
Lacy produces succinct summaries of the local factors in each case which direct the way ideas are harnessed and how new business is established and encouraged.
A theme which fascinates is how in each case if you improve the lot of the ideas people and encourage them to get established, the flow- on effects for many of the really disadvantaged are hugely enhanced as jobs are created and money is put into circulation. Quite simply it is a record of differing approaches to the way entrepreneurs ultimately give people a plan and hope for the future because they have the dignity of a job and the ability to make a contribution.
続きを読む
違反を報告
レビュー を日本語に翻訳する
すべてのレビューを参照します
トップへ戻る
Amazonについて
Amazonでビジネス
Amazonでのお支払い
ヘルプ＆ガイド
日本語ショッピングのための言語を選択します。 日本ショッピングのための国/地域を選択します。
© 1996-2020, Amazon.com, Inc. or its affiliates