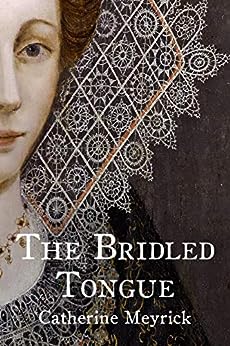 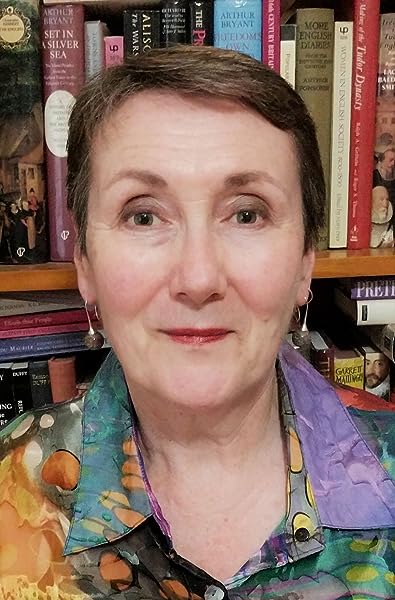 fictionreader
5つ星のうち5.0 Well-crafted novel well worth reading
2020年11月1日に英国でレビュー済み
Amazonで購入
Set in Elizabethan England in 1536 this is a well-written and absorbing romantic novel. Alyce Bradley, returning home after being a lady’s maid in a grand house (which turns out to have been not so grand) comes into conflict with her father over her future. His father’s journeyman has ambitions to marry her but Alyce cannot bear him. (And neither can the reader!) Instead she opts for a more dangerous choice, Thomas Granville. Thomas is an older more worldly man, and has a reputation of a man with an eye for the ladies, and as a privateer. At first wary, the pair start to develop a relationship of mutual respect, against the jealous ill–will of Alyce’s sister Isabel, who wants to keep Alyce at her beck and call during her pregnancy.

Alyce’s grandmother was accused of witchcraft, and when Thomas has to go away, these accusations come flooding back. Alyce has always been outspoken, and though this makes us warm to her as a reader, it gets her into a lot of trouble.

I won’t spoil the plot, but suffice it to say there is a wealth of historical background here, of Spain’s Armada, and of the rivalry between Elizabeth I and Mary Queen of Scots. Conditions for women at the time are faithfully rendered, and there are historical notes at the back of the book to add to your enjoyment. If you like to read about the lives of ordinary women in the Elizabethan period, you will find this novel gives you plenty of evocative detail wrapped up in a page-turning plot.

Sarah van der Steeg
5つ星のうち4.0 An historical novel
2020年7月13日に英国でレビュー済み
Amazonで購入
This novel is about the life of an English merchant class woman called Alyce Bradley between August 1586 and December 1589. It mentions the events of the perceived attempt of Mary Queen of Scots to seize the English throne from Elizabeth the First in 1587, the attempted invasion by the Spanish Armada of Philip the Second in the Summer of 1588, and how these events impacted on the lives of ordinary people. The story is based around the geography of Norwich in Norfolk, Ashthorpe in Northamptonshire and London.

The novel discusses contemporary issues such as the dangers of childbirth, arranged marriages, the hypocrisy of marital fidelity between genders, religion, witchcraft, clothing, housing, medicine, domestic arrangements, commerce, law and order, the legal system and corruption.

The book ends with an historical note which gives a description of witchcraft and how it was treated in law around that time. In this note the author also gives an explanation and reasons as to why she developed the book as she did, where she stuck to historical accuracy and the reasons as to why sometimes she let artistic licence take over.

The text is consistent and adequate to carry the plot evenly through to the end, and there is some “page-turning” when the plot gets quite exciting and dangerous. I particularly liked the way the author conjured up in my mind images of dark halls lit by candles, sunshine streaming through lead glass and Elizabethan women in long dresses, lace and silk swooshing down long corridors.
続きを読む
5人のお客様がこれが役に立ったと考えています
違反を報告
レビュー を日本語に翻訳する

SarahK
5つ星のうち5.0 An amazing work of historical fiction!
2020年2月11日に英国でレビュー済み
Amazonで購入
I absolutely loved this book. I could not wait for this to come out after reading Forsaking All Other and I was not disappointed! While it's a much darker and more complex story than the previous one, this still has all the elements of history and romance that you'd expect. It's beautifully well written and researched and just such a great story.
続きを読む
6人のお客様がこれが役に立ったと考えています
違反を報告
レビュー を日本語に翻訳する

East End Lady
5つ星のうち5.0 Quite harrowing
2020年6月6日に英国でレビュー済み
Amazonで購入
This is a well-researched book, set in the time of the Armada. The heroine, a mercers daughter from Norwich, is accused of witch-craft. It shows graphically how petty slights and squabbles can grow over time and be magnified enough to bring an innocent woman to court.
Fortunately the justice system, though primitive, was sufficiently robust to acquit her, but only because she had a wealthy husband to come to her rescue.
続きを読む
2人のお客様がこれが役に立ったと考えています
違反を報告
レビュー を日本語に翻訳する

Pat G
5つ星のうち5.0 A fascinating read, will read more of this author
2020年7月6日に英国でレビュー済み
Amazonで購入
I purchased this book with some misgivings, not sure if I would enjoy it. I was pleasantly surprised. As I read through the book I found I enjoyed it he story was intriguing and the characters so real. I look forward to reading more books by this author.
Pat G.
続きを読む
2人のお客様がこれが役に立ったと考えています
違反を報告
レビュー を日本語に翻訳する
すべてのレビューを参照します
トップへ戻る
Amazonについて
Amazonでビジネス
Amazonでのお支払い
ヘルプ＆ガイド
日本語ショッピングのための言語を選択します。 日本ショッピングのための国/地域を選択します。
© 1996-2020, Amazon.com, Inc. or its affiliates