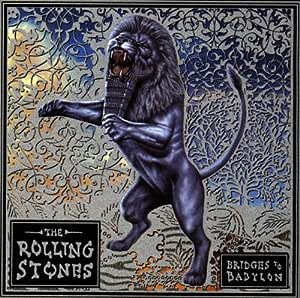 The Punk Panther
5つ星のうち4.0 How can I stop...
2018年12月8日に英国でレビュー済み
Amazonで購入
On this album, in contrast to "Voodoo Lounge", which had seen The Stones revisit sounds from their previous two decades, they decided to utilise a few contemporary musicians and production assistants. They used tape loops, samples, drum enhancement and the like. Quite why you need drum enhancement when you have Charlie Watts is unclear. It is still a rock-ish album but these differences make it a slightly different album to listen to, as opposed to more of the same. For some, though, it seemed The Stones couldn't win - the same style would have brought accusations of "the same old formula", whereas dabbling in contemporary sounds had people saying "why don't they just stick to what they know best?". Either way, it is a pleasurable listen, although like "Voodoo Lounge" and "A Bigger Bang" it is probably one or two tracks too long. There is a big, thumping, full bass sound to the album which is good to hear, although at times the cymbal sound is a bit tinny, notably on"Low Down". It is overridden by the full bass though.

"Flip The Switch" is a storming, drum-driven rocker to open with, featuring a great "proper" drum intro and a superb Keith Richards riff. It really gets the album off to a rousing start. There are also some soulful, atmospheric and brooding numbers, like the shuffling, percussive "Anybody Seen My Baby", with its "Fingerprint File"-style vocal, great bass and killer chorus and the addictive "Saint Of Me", both of which have a really mysterious feel to them and great vocals from Jagger. "Low Down" is archetypal riffy, slow burning Stones rock. "Already Over Me" is one of those laid-back Jagger rock ballads he does so well. As with most of the songs on here, it has an instant refrain.

"Gunface" is a rumbling, slightly menacing, industrial number while "Out Of Control" has a superb rock hook but also a rhythmic, contemporary tinge to the sound. All muddy and mysterious. Some great blues harmonica on it too along with some funky keyboards. One of the album's best tracks. Keith Richards' horn-driven reggae on "You Don't Have To Mean It" is as convincing a piece of upbeat white reggae as you will find. The U2-esque "Might As Well Get Juiced" is bluesy, intense and experimental, with all sorts of weird electronic noises an a muffled, distant Jagger vocal.

"Always Suffering" is a slightly country-tinged Jagger slowie. "Too Tight" is the one real throwaway on the album, although its an ok upbeat rocker, just remarkable. Richards' two final slow, melodic cuts are excellent too - the bluesy "Thief In The Night", and the tender "How Can I Stop" with the South African-influenced saxophone bit at the end.

It is common to criticise this, along with all the other Stones albums from "Steel Wheels" onwards. I don't though. I like all of them.
続きを読む
1人のお客様がこれが役に立ったと考えています
違反を報告
レビュー を日本語に翻訳する

Spud
5つ星のうち4.0 Really good album - great Stones 'grooves' and enjoyable.
2015年4月1日に英国でレビュー済み
Amazonで購入
It might not be 'classic Stones' i.e. - no Satisfaction, Paint It Black, Jumping Jack Flash etc - but then it's much better than I expected and has some nice numbers too... as ever, they get into some great grooves on this and you can't help but being swept along with them for the ride!

If you like 70s Rolling Stones, like Exile On Main Street and Black And Blue (I'm thinking those are probably the two that are the best comparison - for some tracks, certainly) then it's worth your while giving this a go. You might be pleasantly surprised as I am and I've played it twice in just a couple of days, finding it even better on the second spin. I think it deserves 4/5.
続きを読む
違反を報告
レビュー を日本語に翻訳する

Michelle 88
5つ星のうち5.0 love it.
2010年7月8日に英国でレビュー済み
Amazonで購入
i bought this album years ago, and unfortunately, lent it out and never got it back. so when i saw it on Amazon, snapped it up again. which i'm doing with all the Stones albums that have disappeared over the years from my collection. Bridges To Babylon was always one of my favourites. i love all the tracks from beginning to end and it's not been off my stereo since i got it. i always love 'Keefs' contribution on the Stones albums when he does lead vocals, and i especially love his "You Don't Have To Mean It." he has a great voice. Mick does a great job on the tracks "Already Over Me." "Always Suffering" and "Anybody Seen My Baby" three of the slower tempo songs on the album, his voice is at its best when he when he puts the emotion in to the tracks. so if you want a great album buy this. compared to the music around today, the Stones definitely stand out after all these years. and will never be 'out of Time.'
続きを読む
1人のお客様がこれが役に立ったと考えています
違反を報告
レビュー を日本語に翻訳する

aka motley
5つ星のうち4.0 slow burn gem not astounding but worth listening to and enjoying
2017年2月24日に英国でレビュー済み
Amazonで購入
First off this is the stones at their average album! which means it is still god but it does not achieve their greatest heights of power and flamboyance.
However still a good blues/rock/whatever they feel like playing at the time album
a slow burn gem
just don't expect to get too excited straight away
a listener rather than background music, take the time and it will reward
play in background and you will miss the subtleties
続きを読む
違反を報告
レビュー を日本語に翻訳する

Stubby St.George
5つ星のうち4.0 pretty good
2013年3月8日に英国でレビュー済み
Amazonで購入
one of those albums that passed me by at a turbulent time in my life. I purchased Bridges to make up my Stones collection, and was not disappointed....... stand out track that I cannot stop playing "you don't have to mean it". "Thief in the night" also good and although heard on compilation albums "might as well get juiced" is Mick at his 60's best
続きを読む
3人のお客様がこれが役に立ったと考えています
違反を報告
レビュー を日本語に翻訳する
すべてのレビューを参照します
Amazonプライム会員ならお急ぎ便、日時指定便が使い放題
さらに、映画もTV番組も見放題。200万曲が聴き放題 。クラウドに好きなだけ写真も保存可能。
> プライムを無料で試す