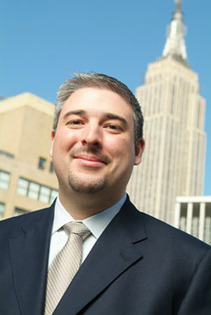 "Patrick Gray has done a very commendable job of delineating the evolution of information technology's (IT's) role: basic history, and the roadmap for supercharging the value of IT to the enterprise. It has robust content and the chapter material is well-conceived and logically sequenced. Breakthrough IT is a valuable read that should be kept handy." (New Jersey CPA, May/June 2008)

"examines what it means to be living in an era of corporate information technology and the step-by-step methodology required to create a value-based IT organization." (Bookviews.com, February 2008)

Patrick Gray is the founder and President of the Prevoyance Group Inc., a company that focuses on providing IT strategy consulting, with past clients including Gillette, Pitney Bowes, OfficeMax, and several other Fortune 500 and 1000 companies. His recent work has focused on international projects, and he has led implementations for foreign subsidiaries of several U.S. companies. He has published several articles and has been quoted numerous times in major publications such as the New York Times, InfoWorld, Project Manager Today, CIO India, American Way, and Business 2.0.

Bit Twiddler
5つ星のうち5.0 New perspective
2010年3月7日にアメリカ合衆国でレビュー済み
Amazonで購入
Really like what he has to say. Definitely a must read for new and experienced IT managers. Great perspective with lessons that cannot but help us improve our IT organizations.
続きを読む
1人のお客様がこれが役に立ったと考えています
違反を報告
レビュー を日本語に翻訳する