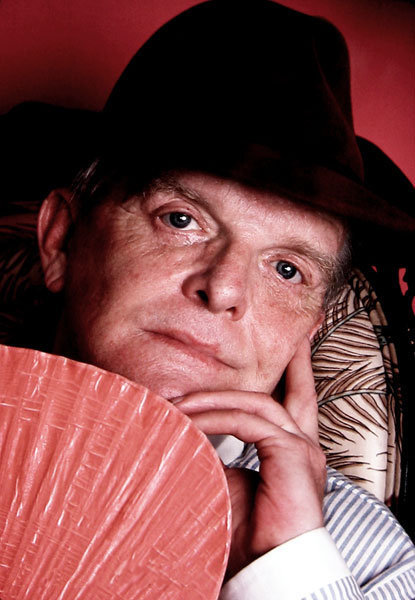 “Truman Capote is the most perfect writer of my generation. He writes the best sentences word for word, rhythm upon rhythm.”—Norman Mailer

The Modern Library has played a significant role in American cultural life for the better part of a century. The series was founded in 1917 by the publishers Boni and Liveright and eight years later acquired by Bennett Cerf and Donald Klopfer. It provided the foundation for their next publishing venture, Random House. The Modern Library has been a staple of the American book trade, providing readers with affordable hardbound editions of important works of literature and thought. For the Modern Library's seventy-fifth anniversary, Random House redesigned the series, restoring
as its emblem the running torch-bearer created by Lucian Bernhard in 1925 and refurbishing jackets, bindings, and type, as well as inaugurating a new program of selecting titles. The Modern Library continues to provide the world's best books, at the best prices.

f
5つ星のうち4.0 Capitalism and Laziness
2013年12月30日に日本でレビュー済み
This is one of Capote's masterpieces that date back to 1958. It becomes world-wide famous by its film in which Audrey Hepburn has played the heroine. She, the novel's main character, comes from the country in Texas to Manhattan in N.Y. , and enjoys free life by drinking and spending with many men. Tiffany is not a restaurant as shown in the title but a luxury jewelly shop. The title comes from the fact that the quiet atmosphere and the proud look of the shop have attracted and impressed her. Discriminatory languages scattered in this story make us feel the dark-side of the American history. I feel that this novel warns society that capitalism brings laziness to some people while wealth and power to the other people.
続きを読む
2人のお客様がこれが役に立ったと考えています
役に立った
違反を報告
レビュー を日本語に翻訳する

Bobbie
5つ星のうち2.0 the film is better, neither film nor book bears close scrutiny
2018年9月22日に英国でレビュー済み
Amazonで購入
In 1940s New York City, beautiful playgirl Holly Golightly lives on gifts from admirers and regular payments from the Mafia for disingenuously delivering ‘weather reports’ for them. My memories of the 1961 movie made it impossible for me to react freshly to this. I don’t think I liked it much. The characters are too glib, shallow, and in some cases caricatured, to care about or believe in. It reads as a caper, a spoof, without serious intent, but not particularly funny either. Beneath the Hollywood veneer and compulsive watchability of Audrey Hepburn, the same was true of the film; but I’d hoped the novella would offer more. The three stories also included in the Penguin edition (House of flowers, A diamond guitar, and A Christmas memory) were okay but also lightweight.
続きを読む
2人のお客様がこれが役に立ったと考えています
違反を報告
レビュー を日本語に翻訳する

P. J. Dunn
5つ星のうち5.0 Holly goes lightly while crushing hearts and sticking in minds
2016年5月3日に英国でレビュー済み
Amazonで購入
I had to read one of Capotes’s longer works after being entranced by a melancholic collection of his short stories, and like many readers before me I now find myself captivated by the character of Holly Golightly.

As her adopted surname suggests, and the card on her mailbox confirms, she is happiest when constantly travelling lightly through life, countries and even people, and disaster only comes when she starts to depend on people and thinks about settling down. However while Holly goes lightly she crushes hearts and sticks in minds.

she treads much more heavily on people’s hearts and she certainly sticks in our minds.

We however get to be “Fred”. Almost the only flawless character in the book, he is our constant viewpoint. We seem to come to know him well yet by the end we realise we don’t know his history, nor how he sustains himself, nor even what his real name is. However at the end he still can’t help hoping that Holly is happy and because he can’t, then neither can we.

Oh and do read the three great Capote short stories that usually also come collected with this novella. And what next after that? Well I do believe that there was some 1960’s film or other based on this – I wonder if it’s any good….
続きを読む
2人のお客様がこれが役に立ったと考えています
違反を報告
レビュー を日本語に翻訳する

What girl hasn't seen this movie or read the book and wanted to be just like Holly Golightly.

I decided to read Breakfast at Tiffany’s because of the iconic movie in which Audrey Hepburn plays a 19-year-old Holly Golightly. At 176 pages this is a light read, and structured more like a story than a novel. The author paints her in a way that makes you struggle between admiring her, and feeling sorry for her.

This is an old time classic and Truman Capote's Is an Amazing writer. His descriptions are so vivid that, as your thinking them up in your mind, it's as if you're actually in the story. Capote is a magnificent storyteller.

Firstly, this is a surprisingly short book. ‘Breakfast at Tiffney’s’ is a novella of only 90 pages – which was quite a surprise to me as they have made a film, musicals and plays from this book’s storyline.
This is then followed by three more very short stories of 18, 13 & 16 pages respectively. All are very readable.
To actually survive or even reach the status as a ‘best – seller,’ with such a brief storyline, the content has to very, very, good … and it is.
The writing in my view is close to that of the quality of a Steinbeck or Fitzgerald. Though, as I have previously stated, its brevity for me makes it a first class read but not a classic. ‘The Great Gatsby,’ is not a long read but is at least twice as long as this. A remark one could make about Steinbeck’s ‘Mice and Men’ and ‘Tortilla Flats.’
There is just enough content in the latter books to truly satisfy the reader. This read, though absorbing, left me a bit short of that. Holly Golightly is though undeniably a great role for any thespian to play’.
Don’t get me wrong, I really enjoyed this book and in all likelihood it has probably inspired me to watch the play which is doing the rounds this year.
続きを読む
1人のお客様がこれが役に立ったと考えています
違反を報告
レビュー を日本語に翻訳する

Philip Mayo
5つ星のうち4.0 Meet Ms Holly Golightly. Just like her neighbour Fred, we all end up under her spell.
2007年2月5日に英国でレビュー済み
Amazonで購入
"Breakfast at Tiffany's" is straightforward, uncomplicated story-telling, written in simple, accessible prose. This short story is inhabited by marvelously memorable characters, the principal of which is the extraordinary Holly Golightly, surely one of the best known gals in popular American fiction. The tale is told by her apartment neighbour, a budding writer, whom Holly christens Fred.

Of course, Fred quickly falls in love with her. But life for the outrageous Holly is about other things, money in particular. It's a remarkable testimony to Truman Capote's writing that we grow so fond of this totally selfish, amoral girl. Like Fred, we all end up under Holly's spell. Definitely recommended.