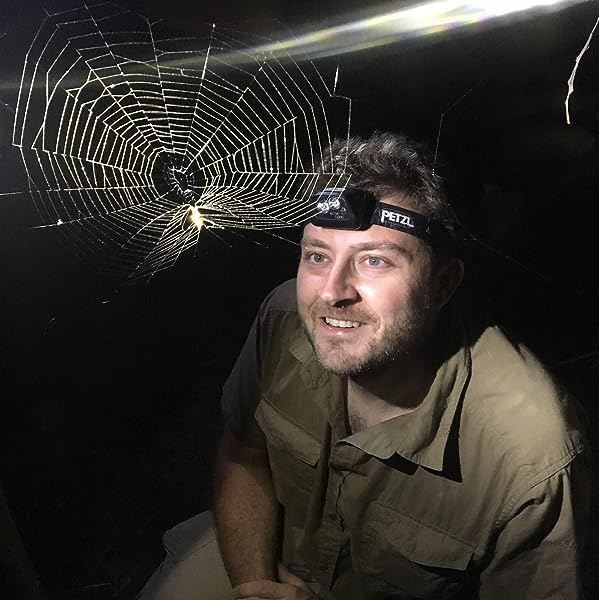 An authoritative and scholarly guide.--The Observer

The tenth updated edition of MADAGASCAR is a 'must' take-along and travel planner for any destination-bound traveler, and offers itineraries for all budgets and a focus updating all information on how to get to and travel through Madagascar.....A 'must' for any planning a visit to Madagascar!--California Bookwatch

Daniel Austin is co-author of a number of books on Madagascar, including, for Bradt, Madagascar, Madagascar Highlights and Madagascar Wildlife: A Visitor's Guide. As a full-time Madagascar specialist, Daniel visits the country at least once a year to lead group tours, lecture on cruises, and carry out research. Additionally, he is a photographer specialised in Madagascar, especially its unique wildlife. He is also Secretary of the Anglo-Malagasy Society, which promotes Madagascar's interests in the UK, as well as founder of the Madagascar Library, an archive of over 4,000 historical and contemporary books and documents about the country.
Daniel's fascination for Madagascar stretches back to his childhood passion for nature. He later studied Linguistics at UCL in London and at the University of Cambridge, writing his master's thesis on Malagasy culture, before focusing his attentions on exploring the broader zoological, botanical, cultural, linguistic and historical wonders of this exotic Indian Ocean destination. He has lectured on the subject at venues including the Royal Geographical Society and Oxford University.

Hilary Bradt's career as an occupational therapist ended when potential employers noticed that the time taken off for travel exceeded the periods of employment. With her former husband George, she self-published her first guidebook in 1974 during an extended journey through South America. As well as running Bradt Travel Guides, Hilary worked for 25 years as a tour leader in Madagascar. Her in-depth knowledge of the country has brought her lecture engagements at the Royal Geographical Society, the Smithsonian Institution and on board expedition cruise ships, as well as numerous commissions for travel articles. She now lives in semi-retirement in Devon and is delighted to have handed over the hard graft of researching new editions to Daniel.

Boy in Blue
5つ星のうち5.0 Buy It
2017年9月5日に英国でレビュー済み
Amazonで購入
Great book, really informative, dont look elsewhere. One of the best guide books we have read. Proof will be when we are in the country but I have great faith and belief in the info provided. When informing our travel co-ordinator of the purchase he stated we had gone for the best guidebook on the market.
続きを読む
4人のお客様がこれが役に立ったと考えています
違反を報告
レビュー を日本語に翻訳する

SheffNick1967
5つ星のうち5.0 Thorough!!
2018年4月29日に英国でレビュー済み
Amazonで購入
It took a lot to convince me to shy away from from Lonely Planet, but I'm glad I did....whilst not quite the 'easy read' of LP, this is incredibly thorough and, most-importantly, bang up-to-date on the logistics you'll need to know ahead of a trip to this unique island.
続きを読む
2人のお客様がこれが役に立ったと考えています
違反を報告
レビュー を日本語に翻訳する

C. Davis
5つ星のうち5.0 Great Resource
2017年9月9日に英国でレビュー済み
Amazonで購入
An excellent resource. I have been frantically swotting up prior to a trip to Madagascar & I feel very well informed. The information is well-researched and useful & written in an engaging style. The author's view on gift giving to local children (don't do it) is at odds with the opinions of online travel bloggers (do do it) but I don't know who is right. Would, in any case, recommend this book to any prospective travellers to Madagascar.
続きを読む
2人のお客様がこれが役に立ったと考えています
違反を報告
レビュー を日本語に翻訳する

Clare Yates
5つ星のうち5.0 Indispensable guide to an extraordinary place
2018年8月21日に英国でレビュー済み
Amazonで購入
Loved the format with stories, anecdotes and useful information.
Great to learn about the history, customs and culture as well as discovering where to go on the island

AndrewK
5つ星のうち5.0 Best guidebook for madagascar
2018年9月20日に英国でレビュー済み
Amazonで購入
Extremely well written guide book that provides much more than places to go and see. The detail I have found is more up to date than other guides. Insights and first hand stories included were really a nice way to better understand the culture and situations you may encounter on your travels.
続きを読む
2人のお客様がこれが役に立ったと考えています
違反を報告
レビュー を日本語に翻訳する
すべてのレビューを参照します
Amazonプライム会員ならお急ぎ便、日時指定便が使い放題
さらに、映画もTV番組も見放題。200万曲が聴き放題 。クラウドに好きなだけ写真も保存可能。
> プライムを無料で試す