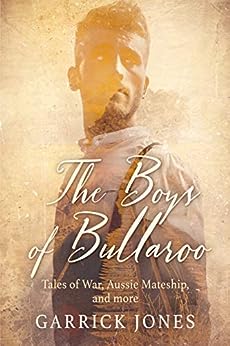 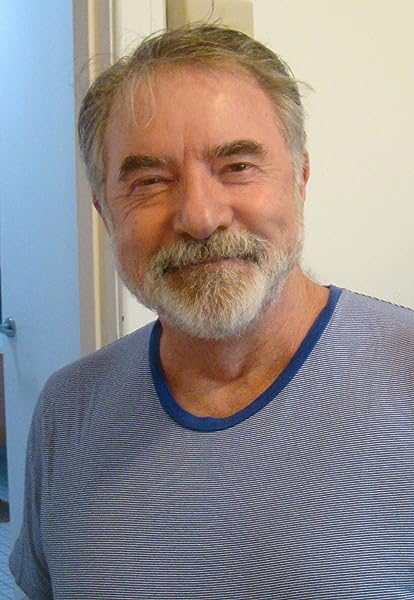 Six little 'coming of age' tales spanning 60 years, some more romantic than others, and some of the MC's were certainly more sexually experienced, but all set around the fictitious [I think?] outback town of Bullaroo in Australia.

I have to admit that I was particularly smitten with 3 of the tales and their characters...'Sergeant Jack', 'The Boy Who' and 'Charlie and Me', and I loved that we got to meet Arthur again in the last story, approximately 50 years after he'd lost the love of his life Jack in the first story. I felt so sorry for Donald [Spider] and his Parker [Pekko] in The Boy Who, and after the wartime ordeal of Tony's Uncle Patrick in Charlie and Me, it was only fair that his lover Michael [whom we also meet in a previous story] was 'welcomed' into the family.

Yes, there was quite a bit of sex, but I think I've finally come to terms 🙄 with the fact that for most gay men [in fiction anyhoo], a lot of sex seems to be the norm rather than the exception. It's a testosterone thing, it's liberating, they are being true to themselves, and to be perfectly honest, who can blame them?? As long as they stay safe, and things are consensual, why should anyone else care what goes on?? There are obviously quiet, reserved guys out there for whom sleeping around with every Tom, Dick and Harry they meet is a complete no-no, but they do seem to be few and far between 😉.

Garrett Hutson
5つ星のうち4.0 A good novel-in-stories
2019年12月10日にアメリカ合衆国でレビュー済み
Amazonで購入
I enjoy this author's style and subject matter, so I picked this up even though I rarely read short story collections. This collection was almost a novel-in-stories, though, since the characters in the six stories were connected by more than just the fictitious town of Bullaroo, and there was a continuous thread through the narrative. It's historical fiction, with frank and explicit discussions of the characters' sexuality, and the author has clearly done his research. These stories were mostly well-written, though a few times the innuendo-laced dialogue got to be a bit much (I got the picture already, and so did the characters, it was laid on a little heavy at times). The first and last stories definitely had a more literary feel, while the ones in the middle veered more toward pure erotica. The last story brought the whole narrative to a satisfying end.
続きを読む
違反を報告
レビュー を日本語に翻訳する

John Inman
5つ星のうち5.0 What a wonderful book.
2018年11月18日にアメリカ合衆国でレビュー済み
Amazonで購入
The Boys of Bullaroo by Garrick Jones is so beautifully written that at times it took my breath away. It offers a glimpse into Australian gay life during, before, and after the world's wars where men are shunted off to battle, then left to their own devices to gather up the pieces of their shattered lives after the fighting is over. Before I purchased this book the author warned me it was not a romance. I humbly beg to disagree. I found a lot of romance in this book. And a lot of love. The gay erotica scattered throughout is some of the best I've ever read, bar none. I don't know what I expected when I opened this book, but I do know I didn't expect to be touched as much as I was. It's a little humbling to be a writer yourself, and then come face to face with such excellent and beautiful storytelling. One more thing. This book is perfectly edited. Many aren't, you know. So there you have it. I can't recommend this book enough. Well done, Mr. Jones. Your book is wonderful.
続きを読む
1人のお客様がこれが役に立ったと考えています
違反を報告
レビュー を日本語に翻訳する

J. Patrick Kelly
5つ星のうち5.0 Genuine
2018年11月10日にアメリカ合衆国でレビュー済み
Amazonで購入
So much of gay male literature does not touch the soul of the people created therein.

The Boy of Bullaroo is well written so one can have the image easily seen as the book is read.

Honesty, compassionate, and I so wish there were more books written in this way. Take your time reading and just savor what it being said and let you mind reflect on you own life.