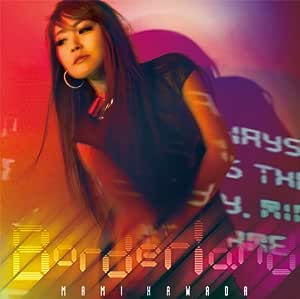 Whitney Hernandez
5つ星のうち5.0 100% AWESOMENESS!!!!!
2013年5月19日 - (Amazon.com)
形式: CD
When I first heard this song, I wasn't really that into it. However, I decided to give it a second chance and listened to it again in order to make any final judgements. And strangely...it wasn't that bad. It was good, actually. Really good!

The song talks about the concepts of civil disobedience & rebellion. And I feel those two subjects positively make the song flush with awesomeness! The beat was so infectious that it wasn't even funny. It was literally making me dance like a lunatic. I just love the rockish vibe that heavily influenced this song! It make the beat much more enjoyable!

And although there are good things about this song, the thing that drew me in completely was the English verses she sings throughout the song. Constantly, you hear that same message: "We have always stood on the borderland. I’m enjoying the view from here." I don't know why, but those were my favorite parts throughout the song! I just felt it made the song scream out in awesomeness! (^o^)

Overall, a terrific single to own!