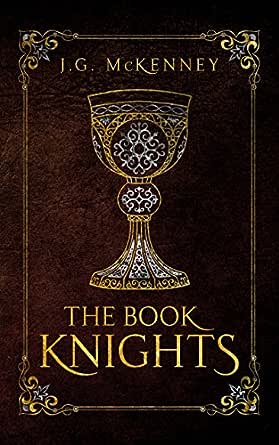 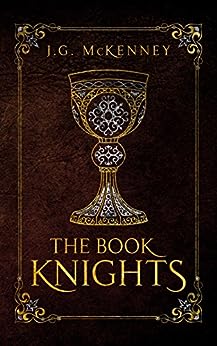 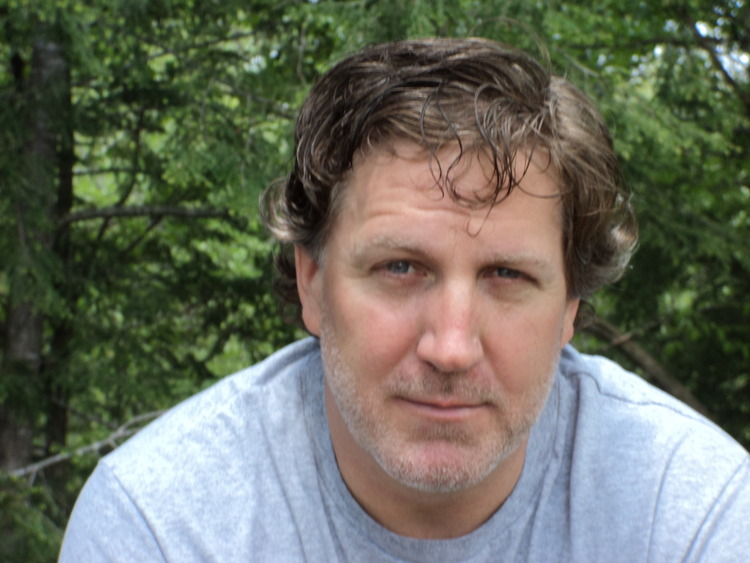 For Eon's Door, J.G. McKenney received a Reader Views Reviewers' Choice Award, and he was also a finalist for the Eric Hoffer Award. His new award-winning Arthurian YA fantasy, The Book Knights, is available now. What readers are saying about The Book Knights --このテキストは、paperback版に関連付けられています。

Arkham Reviews
5つ星のうち3.0 Fantastically Original
2018年7月4日に英国でレビュー済み
Amazonで購入
Before I begin, a brief word of warning. While The Book Knights is largely suitable for middle grade and young teen readers, it does have a couple of moments of violence that sensitive readers may find distressing. If you are planning to gift the book to a young reader, you might just want to have a little read through it first.

The Book Knights is a wonderfully original take on Arthurian Legend, presenting it in a modern dystopian setting. It is a world where words carry incredible power and Morgan Le Fay rules with an iron fist, sending Mordred and her other enforcers to arrest all those who can read and write and destroy their books. The story takes some interesting liberties with its source material, such as transforming Camelot into a used car dealership (the Camel Lot) and Excalibur into a magical pen, but I personally thought that this was great. It's a take on the legend that I'd never seen before and it was refreshingly different.

However, for all the creativity of the world-building, The Book Knights has its share of problems. The novel isn't very descriptive and this can sometimes make things a bit hard to follow. The lay of the land isn't always clear, such as how far Morgan's castle is from the Camel Lot, and the magic system was incredibly vague in places. While I understood Lance's use of the Verses to augment his physical abilities, the "magic" that Merl performs through the Meditations is much more vague.

The story is also a bit clumsy in its execution. There is a lot of exposition in this story as the author frequently takes the reader out of the action to explain exactly what the characters are feeling, even harking back to events that have already been show as if to remind the reader that they occurred. In a book this short, this felt especially unnecessary as readers are unlikely to forget an event that occurred thirty pages before.

While the story is action-packed and certainly kept my attention throughout, I was left rather disappointed by its ending. It all just wraps up too quickly, allowing the protagonists to have a very abrupt happy ending while only giving a vague hint as to the unexplained fate of the villains. The fact that Arti never even meets Morgan in the book felt especially weak, as it meant that the two opposing forces were oddly disconnected. Additionally, while this book wrapped up this stage of the plot, the epilogue certainly left things a bit open ended so I assume that there will be a sequel at some point.

In terms of characterisation, the book is a bit varied. Each of the Knights certainly have their motivation for wanting to defeat Morgan and it was nice that they all had a role to play in the climax, even if some of these occurred off-page. I also really liked the fact that the author gender-flipped Arthur and Galahad (Arti and Gal respectively), as this allowed for the knights to show a bit of diversity.

However, not all of the characters get a lot of development. Gwen is probably the worst for this, as she doesn't get a chance to confront her family. Her relationship with Lance is also a bit abrupt, seemingly shoehorned in to ensure that Guinevere and Lancelot wind up together. Similarly, I was expecting Merl to have more chance to interact with his estranged family. Ultimately, this plot thread has very little impact on the overall story.

However, the villains didn't quite get as much development. Morgan doesn't have much motivation beyond wanting to take over the world, while Mordred is little more than a violent bully. It would have been nice to have given them some depth beyond this, as they were unfortunately a bit flat and forgettable.

Anyhow, that's about all that I have to say. The Book Knights had a really imaginative concept, but had some issues in its execution. Still, I would be curious to read more of this series in the future just to see what adventures Arti and her Knights have next.
続きを読む
役に立った
フィードバックを送信中...
フィードバックをお寄せいただきありがとうございます。
申し訳ありませんが、お客様の投票の記録に失敗しました。もう一度試してください。
違反を報告
レビュー を日本語に翻訳する

Torie Inman
5つ星のうち5.0 Will reread this book!
2019年6月6日にアメリカ合衆国でレビュー済み
Amazonで購入
Loved this book so much. So different from everything I have been reading.

Arti is a girl who can read whose parents were arrested for owing and reading books. So the story starts off with her fleeing her house as it burns. Anyone who is found to have books is arrested and their libraries are burned. Arti sets out on adventure to free her parents and to stop the burning of books.

"Any good librarian knows the reader doesn't choose the book, the book chooses the reader."

I couldn't put this book down. The pages flew by and I wasn't satisfied until I finished the book. This is one book I see myself reading over and over again
続きを読む
1人のお客様がこれが役に立ったと考えています
役に立った
フィードバックを送信中...
フィードバックをお寄せいただきありがとうございます。
申し訳ありませんが、お客様の投票の記録に失敗しました。もう一度試してください。
違反を報告
レビュー を日本語に翻訳する

cavewoman
5つ星のうち4.0 Inventive take on the Arthurian legends
2018年2月24日にアメリカ合衆国でレビュー済み
Amazonで購入
The Book Knights, Arti, Gal, Merle, Gwen, and Lance are brought together to stop the evil Morgan Fey and her son Mordred from destroying the last great books. For twenty five years, Morgan has sought to remove literacy from the kingdom. Will she succeed, or will the Book Knights save the day.
続きを読む
2人のお客様がこれが役に立ったと考えています
役に立った
フィードバックを送信中...
フィードバックをお寄せいただきありがとうございます。
申し訳ありませんが、お客様の投票の記録に失敗しました。もう一度試してください。
違反を報告
レビュー を日本語に翻訳する