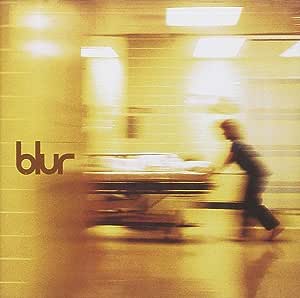 By early 1997, British pop had become less a scene than a competition, so with this album, Blur's frontman Damon Albarn basically announced that he was withdrawing from the race, in favor of exploring other kinds of rock he'd been getting into. Most of Blur finds the band discovering the clipped structures and oblique words of American indie rock (the best hook on the album goes "woo-hoo!"), and that's a liberating strategy. Without having to exemplify England's Dreaming, Albarn can be tuneful and playful, and even when he cribs directly from his favorite records ("M.O.R." is pure Bowie, and "You're So Great" tries for Guided by Voices-style non-production), his gift for texture puts his stamp on these songs. --Douglas Wolk

Gizzark Henry
5つ星のうち5.0 Extraordinary.
2009年4月17日に英国でレビュー済み
Amazonで購入
The Britpop bubble was about to burst by 1997. Blur's previous album, The Great Escape, was a slightly watered-down but still impressive rehash of their previous two; the bona-fide classics Modern Life Is Rubbish and Parklife (the latter their best album in this writer's opinion). Times were changing and it was time for a change of direction for all the Britpop bands.

With Damon Albarn finally listening to Graham Coxon's advice for once, the album is an experimental, eclectic, fascinating torrent of inspiration. Despite lasting all of 57 minutes, the album seems to breeze by in an instant as the band hops from one style to another.

Coxon's love of hardcore punk comes through on the band's big hit, 'Song 2.' His experimentation on the guitar crackles through 'Movin' On' and 'Country Sad Ballad Man,' while he is even allowed a lead vocal on the quite lovely 'You're So Great.' Albarn, meanwhile, is equally on top of his game, writing the sarcastic Britpop 'classic' 'Look Inside America' with ease as well the wonderfully sinister 'Death Of A Party,' addressing the incoming Britpop comedown.

Whilst not their weirdest work, and not quite their best, Blur's self-titled album is an extraordinary piece of work that any self-respecting music fan should investigate.

JMC
5つ星のうち5.0 Better 18 years on
2015年1月21日に英国でレビュー済み
Amazonで購入
An album that sounds better today than it did when released. I actually think Song 2 is one of the weaker tracks. Beetlebum, On Your Own, Death of a Party, Look Inside America and Strange News From Another Star are standouts, but the album highlight is Essex Dogs, a track that offers something new every time I listen to it.
Edit - To be honest, the price is a little too cheap. It's not bargain bin fodder - far from it.
続きを読む
役に立った
フィードバックを送信中...
フィードバックをお寄せいただきありがとうございます。
申し訳ありませんが、お客様の投票の記録に失敗しました。もう一度試してください。
違反を報告
レビュー を日本語に翻訳する