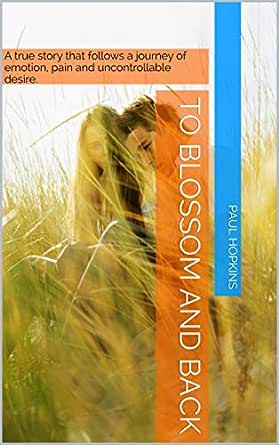 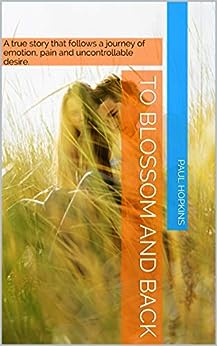 To Blossom and Back: A true story that follows a journey of emotion, pain and uncontrollable desire. (English Edition) Kindle版

To Blossom and Back

A true story that follows a journey of emotion, sex, pain and uncontrollable desire.

This book is for everyone that might be involved in an all-consuming affair. It tells the story but with that story comes truths, emotions, advice and counsel.

Married 25 years. Stable and no intention of an affair, no plans, no anticipations, until Blossom arrived. Then a tsunami of passion, love and euphoria picked them up and carried them along a torrent of ecstasy, sex, dreams and fantasies.
Little did they know about the darkness and torment that would unveil itself as they travelled the path of selfishness and desire? The addiction took hold revealing that the attraction and desire was too strong to deny.
No one or nothing could stand in their way as the connection and fascination between them was to powerful, strong and too pertinent. The pull to each other was so strong and grew daily, which made them question and doubt and search until one day the line was crossed. They both jumped on the rollercoaster of love as they were tossed and turned in an emotional whirlwind.
The grip of addiction was too solid and too much, it was heavy handed and took no prisoners. Family and friends were caught in the torrent of feelings and lies as they fed on each other. Feelings manifested and grew, Sex was powerful and meaningful but obsessions and aching took over destroying loved ones.
They tried to stop and they tried to part, but it was almost as if they were destined to be. Their connection was wonderful, they dreamt of themselves together forever in a perfect place in perfect love. The fantasies were too real and they wrestled to be together. They loved each other.
But the journey was not what it seemed, there were signs that highlighted doubt and through the darkness a small light was flickering in the distance. Was this whirlwind of passion real? Could it last? Were they truly meant to be?
After a long time away from home, after so much love, so much pain I found my inspiration. I found home once again. Blossom and I put people through so much pain and trauma including a woman named Mitchell. That woman (Mitchell) saved me. That woman believed in me and although I pushed her to the very edge, she held on to the very end.
I was dragged along. I was bruised, damaged and left on my knees in aching. I had become a monster, selfish and uncontrollable, pleading, begging and manoeuvring in ways that I never thought I would.
Why? Because I fell in love, I believed true love. I found a connection. I found Blossom. I found desire and delight, which became my prison.
But life did not turn out as I planned and I never imagined what could or what would happen. One thing I know and that is there are saviours and there are limits. I needed a nudge to help me out of the depths of a very dark disturbing place, were confusion ruled.
This book reveals so much. It reveals the true feelings and emotions around an affair. It reveals the utmost highs to very lows. It shows the addictions and the failures. It reveals how love fails and how it shines through. It also discloses how to find help and shows that people can make mistakes and can fall.