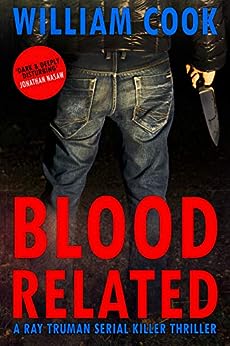 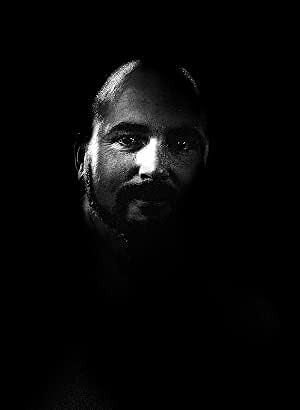 William Cook is the author of the popular psychological thriller, 'Blood Related' and editor of 'Fresh Fear: An Anthology of Macabre Horror.' He is also the author of two non-fiction books: 'Gaze Into The Abyss: The Poetry of Jim Morrison' and 'Secrets of Best-Selling Self-Published Authors.' Father to four daughters, William lives in New Zealand with his wife and family. Always seeking to better his life and writing, he strives to produce the best quality books on interesting subjects that will satisfy his growing audience. If you enjoy psychological thrillers such as James Patterson's Alex Cross novels, James Ellroy's 'Killer on the Road, ' or Bret Easton Ellis's 'American Psycho, ' take a look at William Cook's 'Blood Related.' Best-selling author of 'The Manitou' and 'Descendant, ' Graham Masterton says after reading 'Blood Related' that: "William Cook tells a gruesome story with a sense of authenticity that makes you question with considerable unease if it really isfiction, after all."Fans of Dan Poynter, Joanna Penn or Derek Murphyshould find Cook's 'Secrets of Best-Selling Self-Published Authors' of interest. Thanks for reading --このテキストは、paperback版に関連付けられています。

Debbie Allen
5つ星のうち5.0 A psychological roller-coaster
2014年2月4日に英国でレビュー済み
Amazonで購入
Blood Related is a psychological roller-coaster. I couldn’t put it down. The nature or nurture theme comes across strongly. Reflective of Caleb and Charlie Cunningham's disturbing family background and the outcome of what could be only described as twisted parenting. Parents (Ella and Vera’s) poison continues to bleed into the adult lives of two brothers. The madness of their crimes is chilling, and persistence of Ray Truman whose goal is to bring them to Justice - leads the story into an endless horror fest for the reader.
The Cunningham’s childhood home becomes a house of horrors. Spine chilling gore and the insight into the mind of a serial killer kept me hooked. In my mind’s eye I could imagine the carnage, sense the emotions, with that feeling of watching a horror movie at every twist and turn, I wanted to look away, but couldn't.
William Cook has a talent of making the story come to life. And if this is your choice of genre, then you are in for a treat.

fluffyredfox
5つ星のうち4.0 deep and dark
2013年7月11日に英国でレビュー済み
Amazonで購入
A twisted family history that can only lead to one thing.... Caleb and Charlie; twins that are psychotic killers.
Little snippets of news and flashes of internal dialogue make for a realistic story flow, with some deep subject matter.
Its so engrossing you can lose yourself in this book, so make sure you have a safety rope, as it gets really twisted.
As with other stories I have read from Mr Cook he takes time to read, this is not a quick, speed read type of book, he is intricate and soul destroying on the journey he takes you.
Not for the squeamish!
続きを読む
1人のお客様がこれが役に立ったと考えています
違反を報告
レビュー を日本語に翻訳する

M. King
5つ星のうち3.0 A MIXED BAG
2013年1月18日に英国でレビュー済み
Amazonで購入
I bought this expecting a horror story but it felt more like one of those True Crime books.

The story recounted by the central psychopath felt disjointed and repetitive at times and I assume this was to emphasise his mental instability.

What stopped it being first rate for me was the lack of any real connection to the victims, his death toll was more a number crunching exercise than any kind if emotional experience. Interesting but not great.
続きを読む
違反を報告
レビュー を日本語に翻訳する

SEAC
5つ星のうち3.0 3
2021年6月20日にアメリカ合衆国でレビュー済み
Amazonで購入
This one started confusing, like a jumbled diary entry from an unreliable narrator. That smoothed out, and then it turned into a tale of a violent father, a murderer, and a very brutal person. It showed how both of his sons turned into their dad, essentially. The downside was that they were mental. So the story was chopped up, and like I said originally, unreliable. When he was dreaming, everything became even more confusing.
Ultimately, the story ends with a cop that had it bad for the family and wanted to bring the last living family members down.
I almost DNf'ed this book at about 75%. In all honestly, I skimmed the last 10%. Either I'm in a funk, or it was the book, but it wasn't really for me
続きを読む
違反を報告
レビュー を日本語に翻訳する

Charlie
5つ星のうち4.0 Worth the Read
2016年5月29日にアメリカ合衆国でレビュー済み
Amazonで購入
Blood related is about the family, the Cunninghams, and what is common among the family members--something very different from hair color or eye color. It would seem that killing runs in the family. The latest of these killers are the twins, Caleb and Charlie, but Caleb especially, who considers himself something or an “artist.” A hard driven cop has been pursuing the family for generations but Caleb turns the table--now the cop is the one pursued. This is a dark and disturbing tale, but it’s one well told and captivating. And the characters are “fleshed out” well too. For anyone who likes mysteries, thrillers, or crime stories this is worth the read. Recommended.
続きを読む
2人のお客様がこれが役に立ったと考えています
違反を報告
レビュー を日本語に翻訳する
すべてのレビューを参照します
トップへ戻る
Amazonについて
Amazonでビジネス
Amazonでのお支払い
ヘルプ＆ガイド
日本語ショッピングのための言語を選択します。 日本ショッピングのための国/地域を選択します。
© 1996-2020, Amazon.com, Inc. or its affiliates