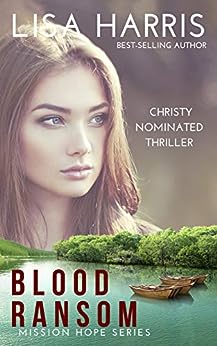 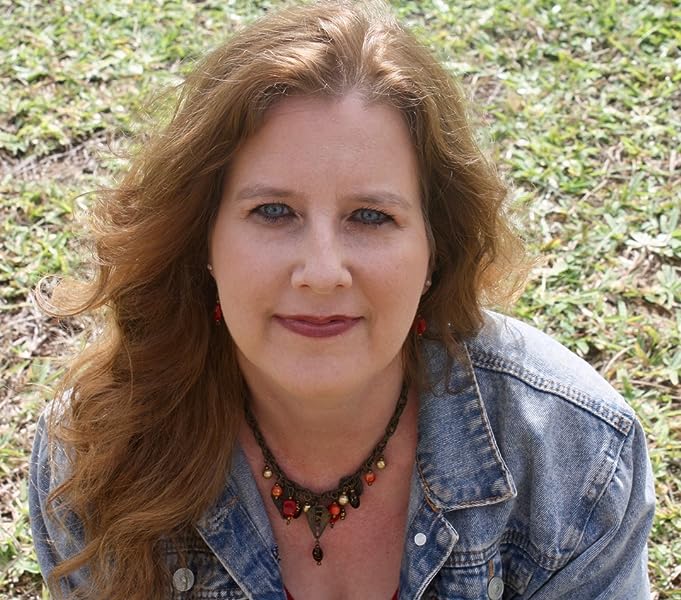 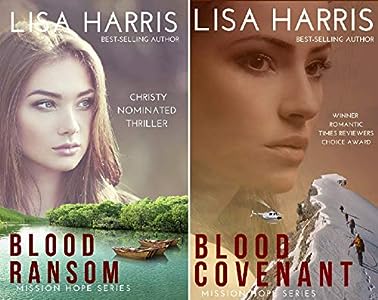 Liz
5つ星のうち3.0 The characters didn't grab me
2011年2月26日にアメリカ合衆国でレビュー済み
Amazonで購入
In the Republic of Dhambizao there have been rumors of Ghost Soldiers raiding villages and all the people simply disappearing, but young Joseph Komboli has seen it with his own eyes as he watches his family attacked. Desiring to find his father before he's killed, he seeks the help of Natalie Sinclair, an American woman working for disease control, but she has no idea of the web of danger that she is about to get tangled in.

I liked the book, but I'm sorry to say I just didn't love it. The suspense was there, although more so toward the latter half of the book. I found the story somewhat difficult to get into, though. It could be that I didn't care very much for the characters, as they didn't have much depth to me.

I'd say my biggest struggle with the book was with the portrayal of the characters. I know for sure that Natalie and Chad were Americans, but I'm not certain who else was American. Since the story was set in Africa I had to assume that all the other characters were African, but they seemed very American in all the dialog. I felt like there should've been a better distinction made in the storytelling.

I will say that I appreciate Lisa Harris as a Christian writer who writes a "clean" romance. Some Christian authors just go a bit over the top for me.

I wish to thank Zondervan for providing me with a free copy of the book for review. I was not required to write a positive review. The opinions expressed here are my own.
続きを読む
5人のお客様がこれが役に立ったと考えています
違反を報告
レビュー を日本語に翻訳する

Ashley Wintters
5つ星のうち4.0 Good suspense!
2010年10月13日にアメリカ合衆国でレビュー済み
Amazonで購入
I very much enjoyed this book. Ghost soldiers are supposed to be a myth but Joseph gets evidence that they are real and that an important figure is involved in the slave trade that has demolished his village. Natalie and Chad are working to make Dhambizao a better place for the people who live there. They are pulled in to a race against time when Joseph comes to Natalie for help...

I like that the characters in this book are realistic. They react like a normal person would and not like a 'perfect' person. Joseph is the character I was most drawn to because he is so brave for his age. All the characters are very relateable though! I enjoyed the twists and turns that kept me guessing the whole way through and the light romance was an added bonus. I also love that the author shows through the book how God uses us to do His will.
I rate this book 4/5. Good start to a series I intend to read the rest of!

Thank you to Zondervan for the review copy of this book. I received this book in exchange for an honest review and the opinions stated above are 100% mine.
続きを読む
2人のお客様がこれが役に立ったと考えています
違反を報告
レビュー を日本語に翻訳する

Coleen =^..^=
5つ星のうち4.0 A Fictional Story Set In A Fictional Country, Spotlighting A Very Real World-Wide Travesty
2011年2月24日にアメリカ合衆国でレビュー済み
Amazonで購入
In the past, throughout history--even into the latter part of the 19th century, human trafficking was often viewed as acceptable and legal. Now, thankfully, the majority of the world finds it morally wrong. Even so, it still happens, in some places in a wide-spread manner, but this moral tragedy is seldom spotlighted upon. If anything, this work of fiction made me realize that, yes, humans are still being exploited for labor, sex, and for who knows what else, against their will. Disturbing, really. It's not something I really thought about much before.

Ms Harris's story was suspenseful and even frightening at times. I wasn't exactly surprised by the "who done it" revelation, but I wasn't disappointed either.

As a novel from a Christian publisher, I didn't find the book to be too "preachy" as far as religion was involved. I thought the mention of God was appropriate as to the faith level of the individual characters involved in the story.

I recommend this book, but the prospective purchaser of the book should take into consideration that the the book IS published by a Christian publisher if they are easily offended by the mention and promotion of the Christian faith.
続きを読む
違反を報告
レビュー を日本語に翻訳する

Erica:)
5つ星のうち5.0 Thoroughly enjoyed this series...
2017年7月22日にアメリカ合衆国でレビュー済み
Amazonで購入
I enjoyed reading both this book and the following one... we tend to become wrapped up in our 'comfortable' lives and forget that not everyone enjoys the freedoms we so often take for granted; the safety, the clean, running water, the electricity... the ability to have almost instant contact with our loved ones... several times during these books I found myself thanking God for my blessings; and the simple things in life that are easily overlooked.
続きを読む
違反を報告
レビュー を日本語に翻訳する
すべてのレビューを参照します
トップへ戻る
Amazonについて
Amazonでビジネス
Amazonでのお支払い
ヘルプ＆ガイド
日本語ショッピングのための言語を選択します。 日本ショッピングのための国/地域を選択します。
© 1996-2020, Amazon.com, Inc. or its affiliates