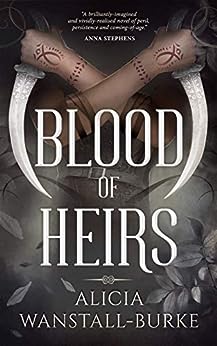 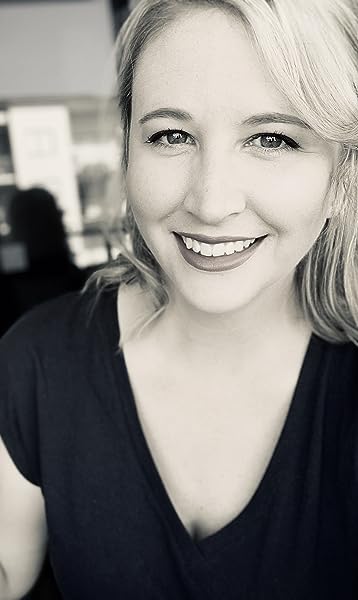 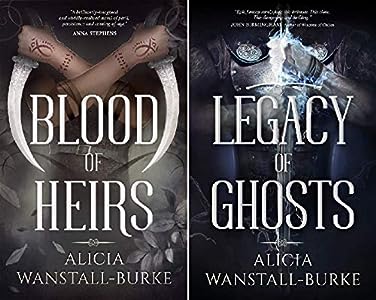 "...solid writing, real characters that you'll end up rooting for, excitement, moments of genuine pathos, and a young girl getting stabby - very likely to please." - Mark Lawrence, author of The Broken Empire, The Red Queen's War, and The Book of the Ancestor trilogies"A remarkably accomplished debut. Fast pacing, dynamic plotting and a convincing world of tribal conflict and dark magic." - Juliet Marillier, author of the Blackthorn & Grim series"A brilliantly-imagined and vividly-realised novel of peril, persistence and coming-of-age." - Anna Stephens, author of the Godblind trilogy"One of the finest debut novels I've ever read. A stunning, annihilating, all conquering assault on the grand bastion of epic fantasy." - John Birmingham, best selling author of He Died with a Felafel in His Hand and Axis of Time trilogy"A superbly written, pulse-pounding, and evocative debut." - Petrik Leo, novelnotions.net"I laughed, I cheered, I cried, and I enjoyed every moment of it." - The Fantasy Inn --このテキストは、hardcover版に関連付けられています。

Splitting her time between Central Queensland, Australia and Lancashire, England, Alicia is a writer, a mum and a cat-herder. There are rumours she may in fact be a quokka in disguise, but these are not to be believed. She began writing in her teens and never grew out of the phase, publishing Blood of Heirs in 2018 and Legacy of Ghosts in 2019. She has also dabbled in editing and blogging while completing a Bachelor of Education and studying a Post Graduate Certificate in Ancient History. --このテキストは、hardcover版に関連付けられています。

This book was a finalist in SPFBO—which means it must be pretty awesome, right? It has been highly acclaimed by literally everyone, I’ve had my eye on it a while since I met Alicia at the books launch in Bristol, and perhaps more importantly, to me at least, the author is my new editor (and she is working hard to polish up A Ritual of Flesh for me too.) So, I thought it was high time I gave it a read, especially as I discovered it featured cool undead creatures, and if your reading this you probably know well that I love (and write) cool undead monsters—I couldn’t resist.

Blood of Heirs follows the story of two young characters in opposite ends of the world. The first POV character, Lidan, is the daughter of a chief. She lives in a village called Hummel in the South Lands, which can best be described as almost an Australian outback type setting. The people of the southlands are still using stone weapons and tools, and metal is a rarity. This was whole setting is quite cool, the author hails from Australia and has adeptly used the inspiration of her homeland to weave a fresh, and unique fantasy setting which I had not come across before. Lidan wrestles with the desire to train and ride alongside her people or to follow the wishes of her mother to rise as the heir of her clan. Lidan’s story is a powerful one, full of emotion and peril.
The second POV character is Ranoth, the son of the duke who rules the northern realm of Orthia. We are introduced to his story as he finds himself on the losing side of a battle after begging his father for his first command. He loses vital ground and returns in disgrace only to witnesses his army quickly overrun by the enemy. During his flight from the battle to return to the capital and raise the alarm, he has a dark and troubling encounter which unlocks something terrifying within him and leaves him haunted by the ghost of a young woman. Events transpire to find him running from not just everything he knew while he struggles for survival, but also a terrible hidden power and the ghosts of the past.
Now, earlier I mentioned cool undead creatures, and I wasn’t disappointed—there are in fact cool undead monsters—Awesome!!! I can’t reveal too much but they are super cool and grisly and terrifying and Wanstall-Burke has used them very effectively in both story arcs. The tension the create is palpable and I look forward to reading more in the sequel as I’m sure they will be an important feature in the series. Wanstall-Burke’s writing is superb, the book is fast paced with not a dull moment. It has left me intrigued and wanting more so I will be reading the sequel Legacy of Ghosts as soon as possible. I would very much recommend any fan of fantasy check this out.

Pip @thelittlebookowl
5つ星のうち4.0 Fantastic introduction to the Coraidic Saga
2019年2月19日に英国でレビュー済み
Amazonで購入
This is the first book in the Coraidic Saga. It is a self published debut fantasy book that follows two main character perspective; Lidan and Ran. I thought this was a fantastic introduction to this series. As soon as I started reading, I knew I was going to enjoy this one. The writing is great and the book has quite an addictive quality to it; once I’d started reading I didn’t want to put the book down. This is a character driven story and the author does a fantastic job at developing her characters throughout the book. Lidan and Ran are great protagonists, who both face the challenge of being heir to their respective fathers. The other characters are just as well written and I can’t wait to see more of them all in the sequels. Although I will say that the protagonists act quite a bit older than their actual ages. Apart from that I loved this and would highly recommend checking it out.
続きを読む
1人のお客様がこれが役に立ったと考えています
違反を報告
レビュー を日本語に翻訳する

Kindle Customer
5つ星のうち4.0 Really enjoyed this book.
2021年2月2日に英国でレビュー済み
Amazonで購入
I very much enjoyed this book. I liked the fact that there was only a few POV characters and not loads of them like a lot of books I read lately. The story was interesting and kept me going. Both main characters where interesting and well written. I will be reading the next book straight away.
続きを読む
1人のお客様がこれが役に立ったと考えています
違反を報告
レビュー を日本語に翻訳する

Noor
5つ星のうち3.0 Story picks up and becomes quite interesting but I had a few personal nitpicks
2020年2月17日にカナダでレビュー済み
Amazonで購入
I picked up Blood of Heirs when it was on promo because it's an SPFBO5 finalist. My first attempt to read it was unsuccessful as I found myself bored with the character Lidan. I then tried again a few weeks later and it took me a while to get invested, but the story eventually picked up and moved at a fast pace, especially when the second character Ran showed up! There's a lot to like about this book including interesting hints of magic and a building threat of some creepy monsters. There were also a few things that really didn't work for me that are more personal taste than anything, including the length and pacing which, it seemed to me, were artificially drawn out so that one story could become a trilogy.

This is pretty much the expectation now, but it bothers me personally because I grow tired of stories that force me to wait before reaching a conclusion, but of course there are others who prefer ten-book sagas and I think they would enjoy this.

Overall, while it was light on plot this book did a good job of building the threat of the monstrous creatures that haunted the lands of both the main characters. Their development, from unexplained random accidents at first to the creepy hints and attacks later on to the realizations of what these creatures might be was very well-done.

On the other hand there are a few things that bothered me:
- Lidan did not seem like a 12 year old and her story got nowhere at all for the first 3/4 of the book
- Lidan's mother was unnecessarily psychotic and -while reasons and backstory were hinted at- her treatment of her daughter, especially before we knew them at all, seriously strained my immersion in the whole story
- Random f-words every other paragraph
- The coding in this book, while subtle and probably completely unintentional, also bugged me. There's a lot of it and it permeates the world-building. It also makes the world hard to separate from some kind of version (or vision) of our world. When you compare the tech levels and appearances and lifestyles of the people who live in the North compared to those who live in the South it's all very reminiscent of stereotypical representations of peoples and cultures on Earth. The biggest one that jumped out at me was the representations of how the different societies treat their women. All I'm going to say is that if you're going to try to make your fantasy have feminist themes then don't go the lazy and extremely tired and tiring route of setting up a society that's based on a culture different from yours in order to criticize how you think their gender roles are set up. Like I said, it's lazy and so overused.
- Finally, while the monster set-up was really, really well-done I felt the epilogue at the end to try and reveal enough about them before the second installment was really a weak way to end it. The story itself was very creepy and everything, just the way it was revealed felt rushed.

You may have noticed my "issues" are mostly nitpicks. The book is good overall and, for those who like series it's sure to be a great pick. I probably would have given this book a 4 or maybe even a 5 if it had been a complete story rather than the start to a trilogy. As it was I felt it didn't need to be that long.
続きを読む
違反を報告
レビュー を日本語に翻訳する
すべてのレビューを参照します
トップへ戻る
Amazonについて
Amazonでビジネス
Amazonでのお支払い
ヘルプ＆ガイド
日本語ショッピングのための言語を選択します。 日本ショッピングのための国/地域を選択します。
© 1996-2020, Amazon.com, Inc. or its affiliates