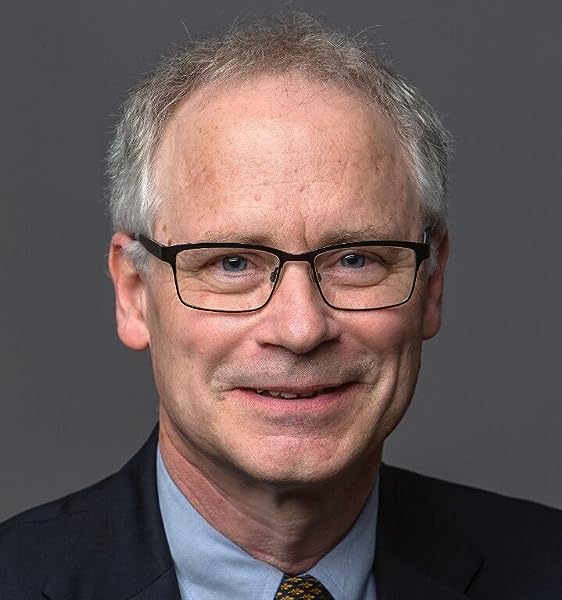 "Packed with real life adventures that Tom Clancy could only have guessed at. . . . More than a collection of sea stories. It reveals how submarine operations during the cold war had a profound impact on strategic decisions made in the Kremlin and Washington. . . . With Naval agents on their heels . . . Sherry Sontag and Christopher Drew have made a successful end run around stacks of secrecy oaths and the locked lips of the Silent Service to make public some of the most astounding military operations of the cold war. . . . Lock the doors and draw the shades, because this book is a well written, highly readable account of man and machine working together to do the impossible for the highest of stakes."―Washington Monthly

"The veterans of the 'Silent Service' are silent no more."―John Lehman,former secretary of the Navy, WallStreet Journal

"The book is filled with specifics . . . but thankfully not presented in the dry techno-speak of many military histories. This one is very human and easy to read."―Washington Post

"A tale that has the Navy refusing to comment and retired submariners rejoicing that their story is finally being told. . . . Espionage missions described in this book are among the most sensitive and secret intelligence operations of the cold war. Most have never been described in detail, if at all, and the Navy to this day refuses to acknowledge them publicly."―Associated Press

"It's almost impossible to make up stuff this good."―John Weisman,author of the Rogue Warrior Series

"Excellent history . . . that reads like a Tom Clancy novel."―Booklist

"Hard-core investigative reporting at its crispest. . . . The stories are exciting, the personalities border on the eccentric, and the constant turf battles among various U.S. government agencies in those often top-secret submarine activities make for intriguing reading."―Library Journal

"Strong stuff! . . . Highly recommended. . . . A compelling testimony to the courage and ingenuity of the submariners and the intelligence wizards and operators who made use of this weapon during the cold war and up to this day."―Roy Jonkers, AFIO ExecutiveDirector, Weekly Intelligence Notes

"As exciting as early Tom Clancy novels . . . engrossing. . . . Highly recommended for everyone with an interest in submarines or intelligence."―Sea Power

"An immensely readable look at some of the blackest secrets of the cold war, as U.S. and Soviet subs engage in subterfuge as intriguing as a thriller novel."―Providence Journal-Bulletin

"Impressive . . . The authors managed to capture the flavor of submarine life, the innovation and ingenuity of men who have to fix complex equipment when there is no supply line, the command structure that seems casual to an outsider but which works better in an undersea environment than the more rigid arrangements on surface or shore commands."―NewLondon Day (CT)

"The most comprehensive look at the work of these intrepid sailors . . . A celebration of their ingenuity and valor."―Baltimore Sun

"The authors write of top-secret operations to tap underwater Soviet cables, recover a live H-bomb mistakenly lost on the ocean floor, and steal a Russian sub. Better yet, all of it is true- and revealed on these pages for the first time."―Investor's Business Daily

Sherry Sontag is a former staff writer for the National Law Journal and has written for the New York Times.

Christopher Drew is a special projects editor at the New York Times and has won numerous awards for his investigative reporting.

Teemacs
5つ星のうち4.0 A whale of a tale
2016年10月11日に英国でレビュー済み
Amazonで購入
This is a fascinating tale of of extraordinary feats of espionage carried out in a hostile (in every sense) environment, of enormous risks taken, which occasionally paid off and which occasionally ended in tragedy for young men on both sides of the divide who were only doing what they saw as their duty. The largely unsaid part, with one exception, is the staggering cost of it all, of these sophisticated war machines, the cost of one of which would provide for tens of thousands. The one exception? Project Azorian (here called by the old mistaken code name "Jennifer"), the attempted raising of the Russian submarine K-129 from its resting place 3 miles down on the Pacific floor. The Navy was very much against the vast (CIA) expenditure, but I wonder whether it would have spent the money any more wisely.

The fact that the code "Jennifer" is used is an indication that this book is (a) somewhat out of date, and (b) probably doesn't tell the whole story. But then many of the details of Azorian are still top-secret, so we probably never will. However, what we get here is sufficient. We can only hope that, as US/Russian relations get cold again, the same errors aren't repeated, leading to more young men dying needlessly.

Mr. R. Willis
5つ星のうち3.0 So much promise, so little delivered...
2010年5月30日に英国でレビュー済み
Amazonで購入
This book held out the promise of telling the story of Cold War Submarine Espionage but, in my opinion, it failed to deliver.

The book has lots of stories put together from interviews with participants but, judging from some of the other reviews, these have many errors.

The book has a very US centric view, no doubt because of the easier access to US personnel compared to participants from other nations. Unfortunately this US centric view reduces the objectivity of the authors.

While this book does add to the general knowledge about what went on in the Cold War and is therefore worth reading, it fails to give the objective, comprehensive view of Cold War Submarine Espionage that it promises.
続きを読む
6人のお客様がこれが役に立ったと考えています
違反を報告
レビュー を日本語に翻訳する

Mart
5つ星のうち5.0 Fantastic Read
2019年12月11日に英国でレビュー済み
Amazonで購入
Excellent book, well written, fantastic detail and fact based. So many other attempts to capture the history of the submarine but nothing touches the quality of this. Could not put it down, flows really well and exceptionally well written. Avoid all other books, this is the one that ticks all the boxes. The others flap around the edges of factual entertainment but fail to deliver the accuracy and historically correct version of events that Blind Mans Bluff does
続きを読む
違反を報告
レビュー を日本語に翻訳する

Garrold
5つ星のうち5.0 Spying in the deep
2010年9月25日に英国でレビュー済み
Amazonで購入
This book reads like a novel, but tells the story of some very brave men who obtained valuable intelligence on Soviet military capability. It could have been very dull indeed; submarine spotting by numbers, but by highlighting the characters of the individuals involved it conveys complex military operations in a very engaging way. And, as a bit of a geek myself, I also enjoyed the scientific sleuthing in the book, particularly the idea of deciding on the most likely spots where a submarine went down by getting submariners to bet on its speed, direction and inclination. Overall this is an excellent read.
続きを読む
違反を報告
レビュー を日本語に翻訳する

elbmek
5つ星のうち4.0 Blind Mans Bluff - Cold War Submarine Espionage
2002年7月4日に英国でレビュー済み
Amazonで購入
Having just purchased this book following on from a 2 hour Discovery TV programme on the book, I have found it to be quite an eye opener. I apparently have the only page on the net regarding the fate of the K129, mentioned within this good book; I was able to update it significantly after reading this book. Not an "adventure book" like Red October but full of facts and information rarely available to the man in the street. Recommended reading for the person who wants facts and not hypothesis!
続きを読む
1人のお客様がこれが役に立ったと考えています
違反を報告
レビュー を日本語に翻訳する
すべてのレビューを参照します
トップへ戻る
Amazonについて
Amazonでビジネス
Amazonでのお支払い
ヘルプ＆ガイド
日本語ショッピングのための言語を選択します。 日本ショッピングのための国/地域を選択します。
© 1996-2020, Amazon.com, Inc. or its affiliates