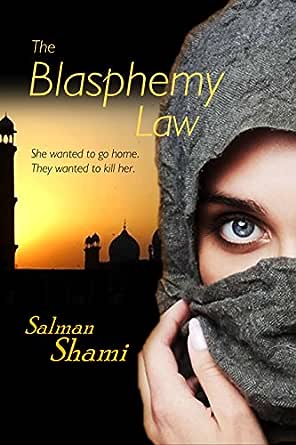 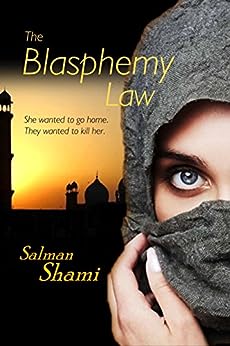 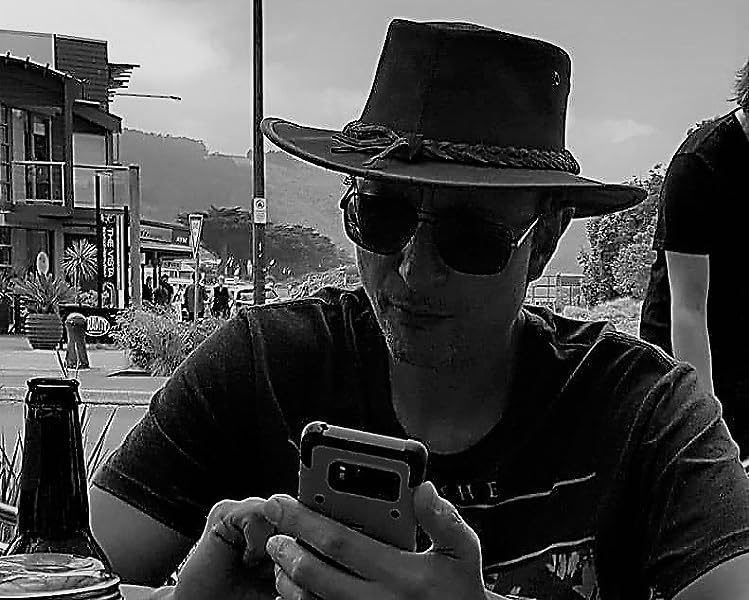 Jane Kelly, has completed installing solar panels to electrify a remote village in Pakistan. She unwittingly runs afoul of a powerful and ruthless feudal landowner. He uses a terrorist group to frame her for blasphemy, an offence with a mandatory death penalty.

Not satisfied with Jane’s incarceration and almost certain execution, her enemies plot to kill her. Jane’s only hope lies with her two loves, Sergei and Razane, but Razane is fighting the demons from her troubled past as a Peshmerga fighter.

With the feared Pakistani Intelligence breathing down their necks, they’re running out of time, options, and hope.

This unpredictable, fast-paced thriller and erotically charged love story will have you on the edge of your seat and reading late into the night.

The Blasphemy Law is set in modern-day Pakistan, a South Asian country astride the geopolitical and ideological fault-line of Asia. Terrorist groups vie for supremacy, trying to create conditions to topple the corrupt and fractured administration.

With the world’s 13th most powerful military, the 6th largest nuclear arsenal, a population of 207 million, high illiteracy, grinding poverty, and burgeoning support for Islamic fundamentalism, it is a nuclear-charged powder keg waiting to explode.

The Blasphemy Law is based on an amalgam of true stories about an unfair and cruel law that is designed to oppress minorities and settle political and land disputes. It is well-researched fiction set in a beautiful but dangerous country and is a harrowing tale of manipulation, deceit, greed, abuse of power and religious extremism.
“The author uses his own experience struggling against extremists and terrorists to good effect. The bad characters are oozing with evil and so real you will see them in your nightmares for a long time to come.”

"When I first came across this book I was immediately drawn to it just from the cover and title! By the end of the first chapter I was totally hooked and could not put it down ! I was staying up until all hours of the morning just to be able to keep reading ! Unfortunately 5 stars is the maximum but if I could give a higher rating I would for sure. The book draws you in faster than any other book iv read and I couldn't recommend it high enough. The author not only draws from current world events and shows what it is like inside of another country, but also brings in just the right amount of fictional/reality balance. I really hope there is a sequel and I look forward to reading more of Salman's work."

"The book is riveting, fast paced and realistic. It has the pace and excitement of a Jason Bourne or 24hours. Very edgy and thrilling. It keeps you riveted and you just have to keep turning the pages. The plot is unpredictable so you are never guessing what's going to happen. The romance and sex scenes are tasteful and sensual.
The context of blasphemy law is used to weave the story very well. The scenes are beautifully described which creates a great sense of atmosphere. Overall the book has the polish of a seasoned writer. Does not in any way read like this author's first book. I can so see it as a blockbuster movie."

"Easy to read and engaging from the start. The characters are introduced with enough information about them to get you interested and more detail about who they are and their background is threaded throughout story.
The storyline is well paced, plausible and detailed. Although the book is long, it keeps your interest via the many characters and their perspective of events, as they unfold.
The end took a long time coming but this was due to the level of detail and again, the different perspectives of the characters.
All was tied up nicely with the clear expectation of another book to follow and I look forward to reading that and seeing where the author takes the characters next."

"This book set a cracking pace from the first page. I found it absolutely riveting and could not put it down. The story is believable, the descriptions of each character are very exact and set the scene for each chapter. The authors love and knowledge of his birth country are evident throughout, with such wonderful descriptions of the terrain and the local people. The story itself is fast paced through each chapter, and leaves you guessing where it will lead into the next chapter. Definitely on a par with my favourite authors such as Dan Brown, John Grisham and David Baldacci. And, the story would readily translate into a major film on the big screen. Definitely hoping for a sequel to this fabulous story. And more thrilling stories from this author."

Mason
5つ星のうち5.0 Good to pass time.
2018年1月6日 - (Amazon.com)
Amazonで購入
I loved the book, it was extremely interesting to read and to be honest, I read it all in one sitting. I always love things like law and order where you have to prove people innocent or guilty which is probably why I like this book so much. In the book, Jane Kelly is framed and she has to go on the run before getting the death penalty and that is what makes it like criminal minds. Definitely recommend for those case-solving lovers out there.
続きを読む
3人のお客様がこれが役に立ったと考えています
レビュー を日本語に翻訳する

S.M.
5つ星のうち5.0 A thriller
2018年1月2日 - (Amazon.com)
Amazonで購入
This book is a fast paced, jump right in thriller. It’s heroine, Jane, is likable and feisty in the way that draws readers of either gender to her. The price may be hefty ($7.00+ dollars USD) but the writing nearly meticulous. A thumbs up read.
続きを読む
2人のお客様がこれが役に立ったと考えています
レビュー を日本語に翻訳する

Mauao Man
5つ星のうち2.0 A struggle
2018年10月18日 - (Amazon.com)
Amazonで購入
About the only interesting thing with this book was the setting of Pakistan. As a stand alone thriller read something else.
続きを読む
2人のお客様がこれが役に立ったと考えています
レビュー を日本語に翻訳する

Kindle Customer
5つ星のうち1.0 One Star
2018年5月9日 - (Amazon.com)
Amazonで購入
I am having a hard time getting through this book. It is much too dark for me.
続きを読む
3人のお客様がこれが役に立ったと考えています
レビュー を日本語に翻訳する