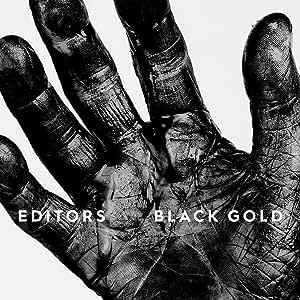 11. Smokers Outside The Hospital Doors

5. Smokers Outside The Hospital Doors – Acoustic

Editors, UK's answer to Interpol, burst onto the music scene with their brilliant 2005 debut album "The Back Room", which was my No. 2 album of the year (just behind My Morning Jacket's "Z"). Now closing in on 15 years since its release, "The Back Room" these days plays like a greatest hits album on its own. From there, Editors released a similar sounding "An End Has a Start" in 2007, and then started shifted gears with their 3rd (and last must-have) album "In This Light And On This Evening" in 2009. Then the band went truly exploring new paths,. and three more albums would follow in the decade thereafter, one more bewildering than the other. Now comes this first career-spanning overview of the band.

"Black Gold: Best of Editors (Deluxe)" (2 CDs; 24 tracks; 103 min.) comes in two chapters. CD1 (16 tracks; 71 min.) brings us the 'best of' or 'greatest hits'. It opens with one of three 3 new tracks on here, "Frankenstein" (1st UK single), and then goes straight into "Papillon" (from the 2009 "In This Light" album, and incidentally also the very last Editors single to ever chart in the UK--yes, Editors have not charted in the UK singles chart for a decade). There are so many things wrong with this compilation. Let me mention the two biggest flaws. First, "The Back Room", which is the most essential Editors album by a mile or ten, inexplicably only gets TWO tracks on here ("Munich" and "Bullets"). At a bare minimum the other 2 singles (and hits) from that album ("Blood" and "All Sparks") should be here, yet are MIA. Absolutely inexcusable. In contrast, the challenging 2018 album "Violence" gets not one, not two, but THREE tracks on here (can you name them?). Second, this compilation is not sequenced chronologically, and in fact it feels like someone put the names of the songs in a hat and then just picked them, as there is no rhyme or reason whatsoever for how these songs are sequenced. Hence in the middle of this compilation, we go from "An End Has a Start" to new song "Upside Down" to "Bullets", wow. Let's be clear: there is a lot of good music on here, but this 'best' of' is politically (over)correct, as if to make sure to prove the point that Tom Smith and his band mates are still relevant, and in a way they are of course, but there is no denying that their musical output of the first couple of records towers over everything else they've done since.

CD2 (8 tracks; 32 min.) is what makes this the "deluxe" edition. Called "Distance: The Acoustic Recordings", it brings the band in an unplugged setting, mostly Tom Smith and his guitar or piano. It makes at times for an interesting new take on previously well-known songs (check out for example "Blood" and "Smokers Outside the Hospital Doors"). This bonus CD is what will make "Black Gold - Best of Editors" potentially attractive for Editors some fans. But for the rest of us, even with this unplugged bonus CD, this 'best of' feels like a missed opportunity and ultimately makes for a deeply flawed overview of the band's truly most essential music.