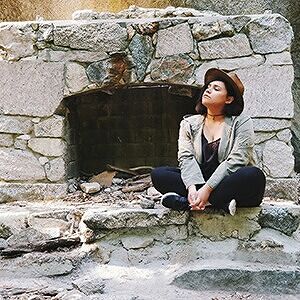 Miriam enjoys spending the majority of her time drawing, writing, and spending time with her loved ones. On days she doesn't write, she works on projects, plays video games, and partakes in the day to day routines of life. To better write "The Birth" she took a trip to the Okanogan National Forest in Washington State, and almost got caught in a rainstorm. This is her first self-published book.

Peter Martuneac
5つ星のうち3.0 A rich story lurks underneath
2020年7月24日にアメリカ合衆国でレビュー済み
Amazonで購入
To preface: books are a subjective art, and you might really enjoy a book that for me was not great.

The premise of this book is fascinating, and there’s an incredible story to be told here. The characters are richly defined and wonderful. I loooved Lola and Miss Clarisse. Unfortunately there were enough issues to keep me from enjoying the potential within these pages.

The dialogue was often clunky, and that’s a major pet peeve for me. As interesting as the characters seemed, I never became emotionally invested in them, and the reason for this is the dialogue never felt organic to me, I couldn’t envision real people saying these things.

Editing was another problem. There were far too many typos, missing words, and grammar issues for me to overlook, and this also kept me from enjoying the story as much as I wanted to.

Lastly, this book is set 30+ years in the future, in a world supposedly after a climate catastrophe and with advanced communication devices and vehicles, and yet nothing else about this world is different from ours. It probably could have been set in modern times and nothing would change.

Now the alien world was pretty interesting, and opening the book in that setting was a good choice. I liked the glossary in the back to help clarify things about this gorgeous world. And I also thought it neat how the author included links to the songs mentioned in the book. That was cool, and a good use of the “e” in e-books!

To reiterate, there’s a truly fascinating story to read here. Unfortunately for me, I couldn’t quite reach it through my personal issues with the storytelling. But other readers before me have enjoyed it, so give it a chance if it sounds to your liking!
続きを読む
違反を報告
レビュー を日本語に翻訳する

superkrizz
5つ星のうち3.0 Good story, but the language needs rework
2020年8月13日にアメリカ合衆国でレビュー済み
Amazonで購入
Lola is running from an abusive husband when she finds out she is pregnant. Meanwhile, a dangerous alien is running from her home planet, under threat of death. This alien is also pregnant. This is the beginning of The Birth, the first book in a series, written by Miriam Yvette.

I like several things about the book. I very much like the relationship between Lola and the elderly, bitter, woman Miss Clarisse. I also like the turn to the dark in the final part of the book, the scenes with the prisoners.

What doesn't work for me in this book is the language. I think it would benefit greatly from a round or two with a good copy-editor. There are too many issues with grammar and readability, missing words, semantics that don't work, mixing past and present tense in the same sentence, and odd word choices. The good news is that this is all fixable, but the book in current form reads like it was published prematurely.
続きを読む
違反を報告
レビュー を日本語に翻訳する

Bee
5つ星のうち5.0 Amazingly Enticing!
2018年3月31日にアメリカ合衆国でレビュー済み
Amazonで購入
I Love the Book! I love the way the author narrates her characters and brings them to life. When I read the book I feel like I’m transported to the world Lola is experiencing. The book has good amount of reality mixed with unworldly characters, event and possibilities. Please keep writing and Bring us more of the Black Wing series. I Look forward to reading ALL of your Books!😃 Will recommend to everyone I know!
続きを読む
3人のお客様がこれが役に立ったと考えています
違反を報告
レビュー を日本語に翻訳する