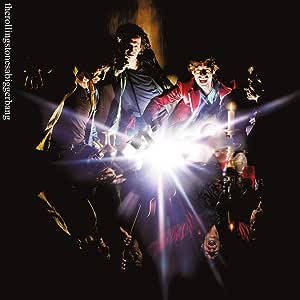 Rick Brindle
5つ星のうち4.0 Not bad
2020年4月17日に英国でレビュー済み
Amazonで購入
Okay, so I only bought this after seeing the Stones live on the Bigger Bang tour. And along with many music fans but not exclusively Stones fans, seeing them live is a much bigger rush than hearing their recorded stuff. And let's face it, anyone who's seen them live will always smile like a Cheshire cat at the memory.
So, the album? Well, it's a lot better than the god-awful Bridges to Babylon. It's not an absolute classic, but it does come across as good, above average mid-road rock, overlaid with a smattering of blues. Safe competent music from a mature band that isn't out there to fire up the kids anymore.
Which is fine, because that's exactly where the Stones are, and were in 2006.
Having said all that. My fave track is Sweet Neo Con, a nice swipe at the politics of the day.

igloo
5つ星のうち5.0 Sound is bright but warm and rewarding
2019年6月21日に英国でレビュー済み
Amazonで購入
I have not set out to write reviews of the music content as “beauty is in the ears of the listener”. These reviews are about the quality (or not) of the recorded sound. To read about how the reviews are done please see my profile.

This CD is incredibly sharp, clear and well defined from the outset. The music is well balanced despite the complexity. Each instrument is clearly audible.

The drums sound, well like drums! Indeed the drum sound is very very good. The snare drum sound in particular is excellent. The sibilant sound on Jagger’s vocals, especially the “s” is clearly audible enhancing the sneering sound. The mouth organ is particularly clear and well defined.

The sound stage is clear and well defined whilst the guitars have bite and attack. The guitars are crystal clear without being shrill or tiring. Overall the sound is suitably aggressive on appropriate tracks.

The initial impression is that this is a quality recording and master. It has an impressive dynamic range with no trace of flatness or muddy sound in complex sections.

Nigel
5つ星のうち4.0 Still blowing everyone else out of the water.
2015年4月5日に英国でレビュー済み
Amazonで購入
I have always loved the Stones, but felt that their last really good album was "Tattoo You," but as was well known, some of the tracks there date back several years before its release to the "Black and Blue" and "Some Girls" sessions, in the mid 1970s.
However, I was fortunate enough to see them in Paris last year, when they were superb, and played some more recent songs along with a string of their classic hits, so I thought I would try this, their most recent (and final?) studio album, particularly at a price below £5 for the original pressing. I have only heard it once since it arrived a couple of days ago, and there are a few tracks which don't do anything for me, which has often been the case with their albums but most of them show the Stones at their powerful best, with a few more moving tracks, as has always been their way. This album captures their most recent sound, and shows them still to be a cohesive band, with some great riffs from Keith, the superb Charlie driving them on, and of course, Mick, screeching, wailing, and occasionally, almost crying. Well worth exploring if, like me, you have tended only to listen to their 60s and 70s gems.
続きを読む
4人のお客様がこれが役に立ったと考えています
役に立った
フィードバックを送信中...
フィードバックをお寄せいただきありがとうございます。
申し訳ありませんが、お客様の投票の記録に失敗しました。もう一度試してください。
違反を報告
レビュー を日本語に翻訳する