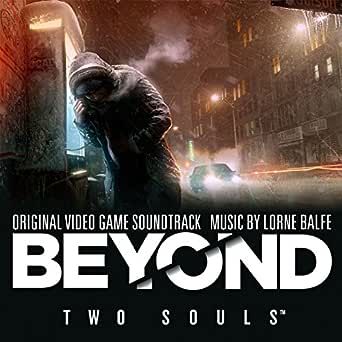 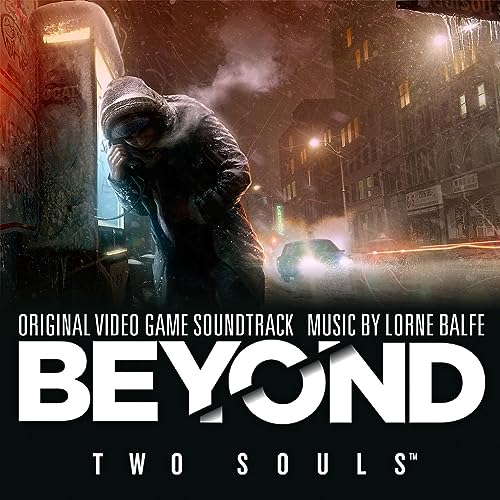 Manitoban
5つ星のうち4.0 Great music for beyond two souls fans
2017年2月7日にカナダでレビュー済み
Amazonで購入
I loved this Beyond two souls and soundtracks too
But I thought It would be in hard plastic case.
That is only my complain and everything is great.

Danny
5つ星のうち5.0 One of Balfe's finest works!
2016年10月3日にアメリカ合衆国でレビュー済み
Amazonで購入
For fans of the 2013 video game "Beyond: Two Souls", the wait is finally over. Why it took until 2016 to release this wonderful score is truly "Beyond" me. I personally never played the game, but being a fan of music scores, I stumbled upon this one and actually thought I was buying an older release at a great price. I soon realized that this was a 2016 release from Lakeshore Records and upon looking up some more information about it, discovered that this is music that those who played the game have been waiting quite some time for. Upon listening to samples and then the complete recording upon the CDs arrival, I can see why. This truly has to be some of Lorne Balfe's best work for sure. My introduction to Balfe's work began with his collaboration with Hans Zimmer for "The Bible" (2013). Balfe is part of Zimmer's Remote Control Productions team and would go on to compose works like "Sons of Liberty" (TV series - 2015), "Blackwood" (2015), and "Terminator Genisys" (2015). While I've found the composer's work to be OK, I was very impressed from listening to samples from this video game score and ended up purchasing the CD.

I found it interesting in reading the liner notes that the composer says that "scoring a film has restrictions whereas scoring a game does not". Film scores basically provide a very liner experience for the audience but in a game, decisions the player makes can result in different scenes and more of an "individual experience". The composer goes on to talk about the difficulty of the task, but he obviously nailed it down quite well and the result is one of the best musical scores that I've ever heard from Balfe.

Digging around a little more for some of the backstory concerning this score, I did find out that Normand Corbeil was originally going to score the video game but unfortunately passed away due to cancer. Corbeil did the critically acclaimed score for the game "Heavy Rain". While many websites state that Corbeil worked on "Beyond Two Souls", just how much remains a mystery to me. The liner notes and production credits included with the CD do not mention Corbeil's involvement anywhere.

Balfe certainly has some great help in bringing the music to life through vocal soloist Tori Letzler, as well as, violin/cello soloist Christine Wu. Track 1 introduces one of the main reoccurring themes and is entitled "Jodie's Suite". It's here that Tori Letzler sings out a very alluring melody which is supported wonderfully through orchestration. This is the track that really sold me on this score and encouraged further sampling. It's definitely one of those pieces that will stick with you. Powerful and full of story telling energy...you just want to hear more.

The next track hits you again as violin/cello soloist Christine Wu plays beautifully on "Dawkin's Suite" (track 2). Again, Balfe crafts a memorable melody that is gorgeous and moving. The score is just full of these mesmerizing pieces that just pull you in. One of my favorites is the piano and violin piece entitled "Childhood Memories" (track 7). This moves right into the next track, "Homeless Life" (track 8) where we hear the main theme again and both pieces are just outstanding. Balfe continues to provide these wonderful moments throughout the score and connects many of them through the main theme established in the first track. It becomes quite clear when listening to this score that the composer definitely tapped into some great creative energy here as he has produced one of his finest to date in my opinion. Whether your familiar with the game or not, those who enjoy scores might want to check this one out for themselves. I'm certainly glad I did.

The CD is released through Lakeshore Records and contains 16 tracks with a running time of 45 minutes. There is a four page insert with concept art from the game and a brief note from the composer. Production credits are also included. The CD comes in a digipak with a sleeve for the liner notes. I recommend!
続きを読む
3人のお客様がこれが役に立ったと考えています
違反を報告
レビュー を日本語に翻訳する
すべてのレビューを参照します