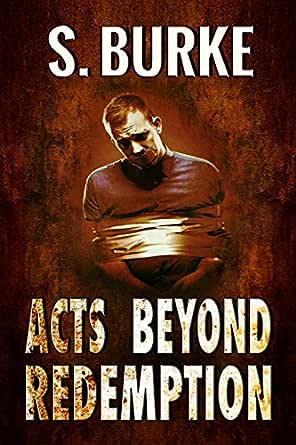 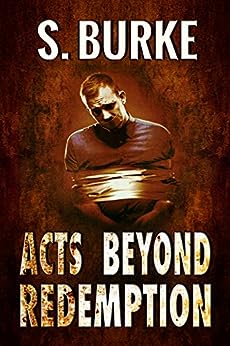 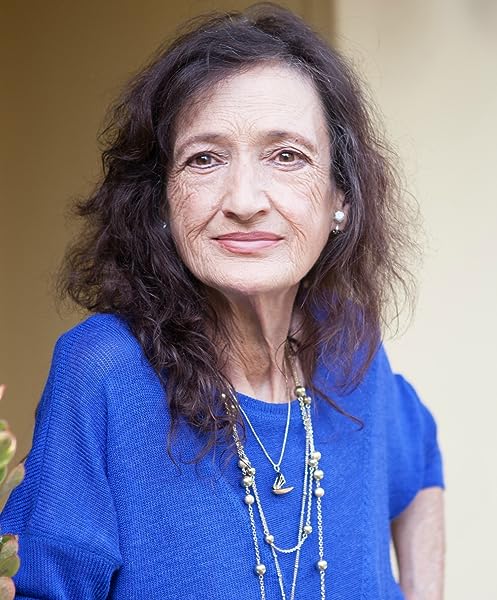 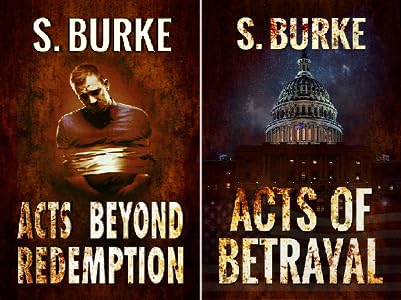 Acts Beyond Redemption takes you on a twisted, deadly, journey.

Mike Matheson is head of a Special Task Force set up by the F.B.I to track down and apprehend the serial killers responsible for 18 brutal murders.
His team are exhausted, frustrated, and ready to burn out after almost five years and no leads.
Their nightmares are stripping them to the bone.
Finally, a break in the case hands them a suspect!
Sheila Harrington appears to have confessed to the horrific murders. Sheila Harrington also looks set to become the wife of The Governor of New York, Damon Henderson; the man strongly favored to become the next President of The United States of America.

Nothing has prepared them for this.
Someone on the inside is deflecting their weary eyes away from an incomprehensible and shattering truth.

Who will be buried in the shattered remains of a country where freedom and honor are treasured above all things?

Just how far will those elected to protect and defend go, to keep the American dream alive?

Author S.Burke lives, loves, laughs and writes from her home in beautiful Sydney Australia. Her thriller/suspense novel "Acts Beyond Redemption' is book 1 in an ongoing series. (Unintended Consequences) She has also written non-fiction works "Empty Chairs" and "Faint Echoes of Laughter" under the pen-name of Stacey Danson.

George Polley
5つ星のうち5.0 A spellbinding chiller that you won't be able to put down
2015年10月12日
形式: Kindle版Amazonで購入
Every once in a while I’ll pick up a book that I can’t put down, and “Acts Beyond Redemption” is not only one of them, it is one of the best. A complex, fast-paced novel about government power and intrigue that involves torture and murder to achieve goals, it gripped my attention from the first page to the last. The story begins with a special ops team recruitment where recruits that fail or opt out are silenced. Is this a private terrorist organization made up of ex-Special Ops members? That’s the way it seems. When dead bodies begin showing up minus their heads, a special FBI team is assigned to solve the problem, and to do it fast. But when the team begins its investigations, frustrations rapidly pile up. Who is the stunning young woman with the bright red Porsche? Is she one of the killers? Who all is involved? This is a novel that will keep you guessing up to and past the last page. S. Burke is one fine writer. I can’t wait to get into Book 2, which isn’t scheduled for publication until next year. Do hurry, please.
続きを読む
役に立った
コメント 違反を報告
レビュー を日本語に翻訳する
すべてのカスタマーレビューを見る(1)
カスタマーレビューを書く

John W. Howell
5つ星のうち5.0 Excellent Thriller
2017年6月28日 - (Amazon.com)
形式: Kindle版Amazonで購入
The subtitle of this book is Unintended Consequences for good reason as the reader will learn. The tightly woven plot has a series of events that on the face of it appear to be discrete situations. Only until events unfold does the reader begin to understand the magnitude of the cause and effect the author has built into the story with great skill. On the face of it, the story seems to be all about a group of people being trained to perform a military mission. Then seemingly unconnected acts of barbarism occur which cause the authorities to believe something more sinister is afoot. Add into the mix likable and unlikeable characters, and you have a book that is difficult to put down. There is intrigue, politics, mayhem, mystery, thrills, and a terrific story. I would like to say more, but even a simple discussion leads to spoilers. The story is that good.
I would recommend this book to anyone who wants to enjoy a story and be challenged to try and stay ahead of the plot developments.​

Devinder Dhiman
5つ星のうち5.0 An excellent story full of suspense and thrill
2017年4月5日 - (Amazon.com)
形式: Kindle版Amazonで購入
This is a good suspense story where a special task force of FBI is working to solve a case of serial killings. They unexpectedly stumble on to a catch suspected to be involved in the murders, but they have to release her due to lack of evidence. Trail of the suspect leads to many interesting twists in the story. Frequent jumping of scenes keeps you updated with all the simultaneous happenings and keep you turning pages to read more and more about this plot which is controlled by someone very highly placed and unknown character.
The scene of the heroism of the innocent kid to save someone at the risk of his own life and finally getting killed by the professional killers, was very touching. There are plenty of surprises in the story, especially near the ending. Overall, this book is an excellent read.

Joy Nwosu Lo-Bamijoko
5つ星のうち5.0 Book Review of Acts Beyond Redemption by S. Burke
2017年5月8日 - (Amazon.com)
形式: Kindle版Amazonで購入
What a tense read! Yes, this read was tense from the very beginning, and the author maintained that tension until the end. The Prologue told of something which will be very dramatic and mysterious. As the story unwinds, the Prologue started to make sense, and to fit into the conspiracy of which this story is based. A conspiracy against humanity. The story, although fiction, exposes how the very rich of the world conspire to keep their wealth under tight control, by doing whatever it takes to keep that control.

They create an army of saboteurs and use it to cause mayhem on selected targets. Sheila, a masochist was the ace in the hands of these secret cartel. Young, beautiful, rich, and cold as a fish! Intelligent too, but I would say more cunning than intelligent. It is not intelligence when she always knows ahead of time what is happening, which allows her time to craft her reactions.

My question, though, is, why the author on two occasions described the power of the cartel as above that of God, or why Craig did not suspect Nigel when Nigel assured him he would get the CD from Sheila. Halliday remained an enigma until the end. The part that stumped me was when Nigel announced that Sheila has been cleared of all suspicion. That was the cliff hanger! And I am sure it is because the story continues.

A very well written story indeed, and a page turner. I recommend it!

Larry Landgraf
5つ星のうち4.0 Killer Story - No Pun Intended
2018年3月9日 - (Amazon.com)
形式: Kindle版Amazonで購入
Acts Beyond Redemption is, without a doubt, the best story I’ve read in a long time. The character development is perfect, the suspense is nail-biting, and the story moves along at a great pace. The story pulled me in from the very beginning, and the farther along I got, the more I had to read. I literally could not put the book down.

Sheila is one of many agents involved in operation Pale Horse which spans the globe. The problem? This isn’t your ordinary government task force. The clandestine operation is cruel and horrifying to say the least. High-level governments official from the FBI and CIA are involved. Could the President be involved as well?

Sheila is the leader of a group of murderous assassins. She also loves her job, which she performs exceedingly well. She is beautiful, sexy, and deadlier than the most lethal of snakes.

With all of this said, there are numerous editing problems throughout the book. They distracted me at first, but as I got into the story, my eyes grew wider in anticipation of the next move and my mind seemed to ignore the errors. I didn’t care for the unusual formatting of the book either. Except for the technical problems, I would have easily given the book five stars, ten if I could. If not for the aforementioned problems, I could see this book on all the bestseller’s lists without question. It still is an exceptional story and I recommend it highly.