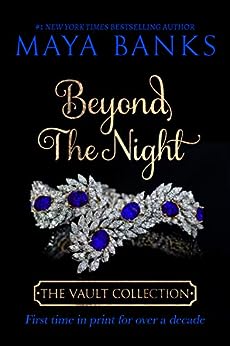 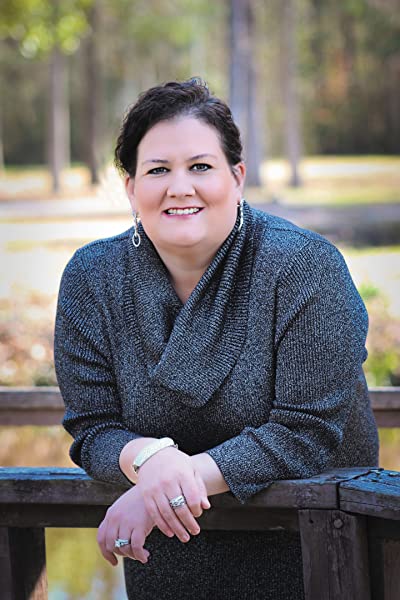 Beyond the Night (The Vault Collection) (English Edition) Kindle版

A woman who's spent her life traveling the world only wants a place to call home. A man tired of his mundane existence craves a life of adventure. Together they discover that love is the greatest voyage.

India Ashton has traveled the world with her adventuring father searching for Pagoria, a city so ancient only legend gives it life. After a period of captivity by a band of rebels and the death of her father, she returns to England, only wanting a place to heal and call home. Thomas Hadley, Viscount Ridgewood, or "Ridge" as he is better known, is a restless spirit who longs for adventure. When he comes across the journal of a famed explorer, he believes he has the key to finding the lost city of Pagoria, only he needs India Ashton's help to decipher it, and she's unwilling to delve back into a life she's forsaken. A letter from the father she believed dead forces India to make a difficult decision.

In order to save her father, she must abandon her sanctuary and join forces with the viscount, a man she feels too much of a kinship with, and a man she must betray if she is to be successful in her quest. Within the journal lies the unbelievable. Proof that the city still lives, a civilization still thrives within its walls, and it has a connection to the viscount he never imagined. Together, India and Ridge unlock the pieces of the puzzle and embark on a journey that will change their lives forever. India's betrayal threatens the growing bond between them, and in the end, India must choose between the man she loves, a city as old as time itself, and the security she craves. 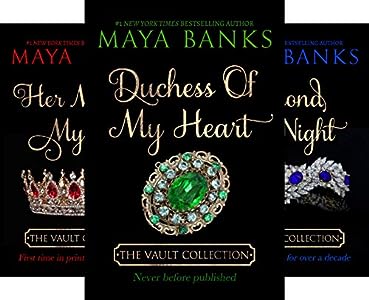 Tim Campbell is the Audie and AudioFile Earphones Award-winning voice of hundreds of audiobook titles in almost every literary genre. --このテキストは、audioCD版に関連付けられています。

Jay Lane
5つ星のうち1.0 Loaded with errors. Readers don't care?
2020年9月5日にアメリカ合衆国でレビュー済み
Amazonで購入
BEYOND THE NIGHT The Vault Collection Book 2
Maya Banks
Pouring over papers, she had led-filled lungs. (Readers just don't care, do they!) Those papers refer to a lost, maybe mythical, city. India's father had maintained that the city was not lost but he was derided for that belief. According to our hero's father, no one cares a wit about it. We can tell Ridge is concerned; but his study has been trashed and India has an intruder. Coincidence? No! A drunken man clamored to his feet? Lies, deceit, a dying brother, a living father, reincarnation, need I go on? Lies, double crosses, betrayals and misguided loyalties all lead to an unlikely happy ending.
続きを読む
違反を報告する
レビュー を日本語に翻訳する

Donna
5つ星のうち4.0 GOOD BOOK
2021年3月23日にアメリカ合衆国でレビュー済み
Amazonで購入
I enjoyed this fantasy book about the country of Pagoria that has been hidden since time began. India Ashton's father is being held captive there and she must return there with the key to save him. She has no money to get there but a Viscount, Thomas Hadley or "Ridge", wants to find the city too. So he bankrolls the journey so that he might discover the city and become famous. But what they both find is not what they expected to find except each other.
続きを読む
違反を報告する
レビュー を日本語に翻訳する

Puppie
5つ星のうち1.0 Not for me.
2019年9月27日にアメリカ合衆国でレビュー済み
Amazonで購入
I have enjoyed reading books by this author for years, however, the story line in this book bored me to the point where I skipped chapters and it seemed as tho no progress was made.

Personally I cannot recommend this book but I heartily do recommend the author.
続きを読む
1人のお客様がこれが役に立ったと考えています
違反を報告する
レビュー を日本語に翻訳する