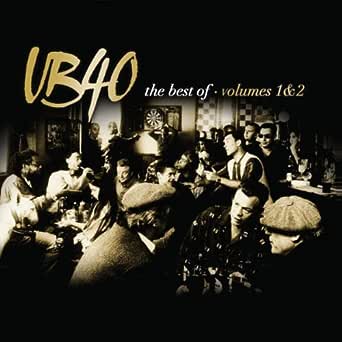 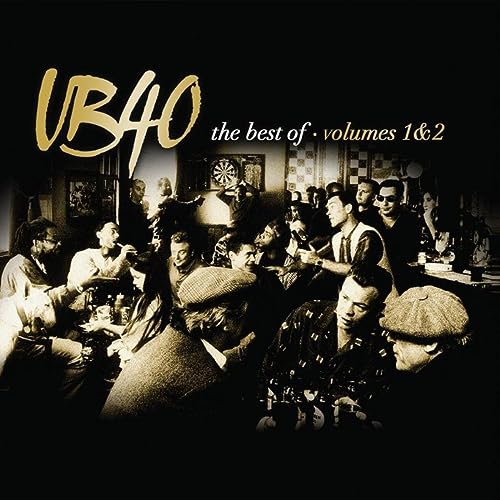 Pam & David
5つ星のうち5.0 Great music from a great band.
2017年10月2日に英国でレビュー済み
Amazonで購入
For anyone old enough to remember what a UB40 is, then this group will not need an introduction. For those too young, or for those non-natives to the UK shores this will be a quick explanation of the bands origins and the initial music subjects. Back in the late 1970’s to early 1980’s the unemployment rate in many countries was quite appalling. To get help from the government you had to visit the local unemployment office to “sign on” to say you were available for work. The signing on form was called a Unemployment Benefit 40 form, which is how the group members would meet one another whilst waiting to sign on to the dole (government cash aid).
At the start of the bands life they sang songs (in a reggae style) about the times and experiences of many people, both in the UK and many other countries. Even their very earliest songs had style mixed with a great beat and a social conscience, which is rare these days despite the problems being just as bad if not worse. It’s no wonder that their early material spoke to the young, such as “1 in 10”, or “King” and “Food for Thought”, though the songs weren’t just pop/protest songs as they also had great pop hits of the day.
Although many groups seek to just profit from a collect of their greatest hits, I’m inclined to think that this set of songs can be used as an introduction to the rest of UB40’s back catalogue. The reason is quite straightforward (IMHO!) as there are a lot of excellent songs that were never released as singles.
If you’ve read this far there’s little else to be said, except that perhaps you would be well served if you were to listen to the back catalogue especially the first half dozen LP’s. I can promise you will not be disappointed - check out the lyrics to “1 in 10”, as that’s where it all started for myself, or the remake of “Red, Red, Wine” and “I’ve Got You Babe”.

Terrahurtz
5つ星のうち3.0 Quite good in small quantities
2019年3月4日に英国でレビュー済み
Amazonで購入
Bought this for my teenage son, who 'discovered' red red wine and has it on his playlist. Thought he might like it, but he pronounced it 'all the same' and was generally underwhelmed. I relieved him of it and while it brings back a few memories I concur that 2 CDs of mostly uptempo but rather MOR reggae can get a bit much. This package charts their path from edgy young political commentators to flabby middle aged covers band, although it is a truth universally acknowledged that most bands do their best stuff in the early days (which is a polite way of saying most of CD2 is not up to much). Haven't changed my opinion of most of the tracks over the last 40 years -'Food for thought', 'Sing our Own Song' and 'One in ten' are standout tracks, whilst 'Dream a lie' and 'The Earth dies screaming' are amongst the dullest, along with much of CD2. Generally, whilst most of it is pleasant enough it has confirmed my opinion that most of their stuff is likeable enough, but not enough to justify parting with my hard earned cash for it without having had some third party encouragement to do so.
続きを読む
2人のお客様がこれが役に立ったと考えています
役に立った
フィードバックを送信中...
フィードバックをお寄せいただきありがとうございます。
申し訳ありませんが、お客様の投票の記録に失敗しました。もう一度試してください。
違反を報告
レビュー を日本語に翻訳する

E M
5つ星のうち5.0 Great collection of favourites.
2017年8月15日に英国でレビュー済み
Amazonで購入
I bought this for my dad but have also downloaded it to my phone. I love it! It takes me back a good few years and I have really enjoyed listening to the songs again. Great to have all the classics on one CD. Would recommend!
続きを読む
1人のお客様がこれが役に立ったと考えています
役に立った
フィードバックを送信中...
フィードバックをお寄せいただきありがとうございます。
申し訳ありませんが、お客様の投票の記録に失敗しました。もう一度試してください。
違反を報告
レビュー を日本語に翻訳する
すべてのレビューを参照します