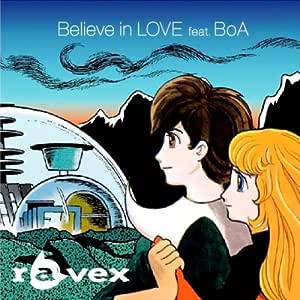 edrm
5つ星のうち4.0 Believe in Love feat.BoA & Golden LUV feat. Maki Goto
2009年9月13日に日本でレビュー済み
Amazonで購入
I have listened to the acoustic version of Believe in Love in BoA's latest best album. I don't like the acoustic version; that sounds quite unnatural to me. However, this time the original dance & club version really fires me up! It really matches BoA's usual style and heals my feelings. This catchy tune is a lot better than any songs of her USA debut album and I wanted her to sing songs like Believe in Love because The US album is monotonous and ruins BoA's positives. But I must say there is one drawback; The DVD never matches the song. What does it have to do with a whole bunch of animations? I wish I could see BoA sing Believe in Love!

As for Maki Goto, she sings a lot better than when she belongs to Hello! Project, I suppose. She had fizzled out since she left Morning Musume。. And she took a real beating because her notorious brother was arrested for stealing electric cables from some construction site. However, she sings such therapeutic tunes as Golden LUV, which made me feel as if she had been free from lots of hardships, especially on her stupid brother's arrest. Unfortunately, she is less popular than when she was a member of Morning Musume。, but I hope she will improve her musical talents.