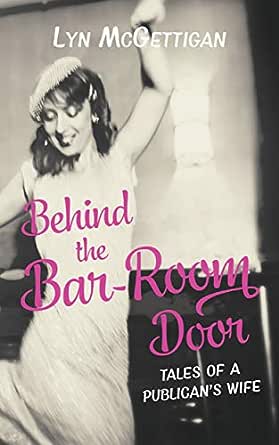 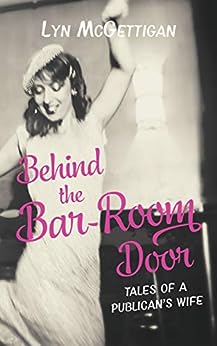 Behind the Bar-Room Door: Tales of a Publican's Wife (English Edition) Kindle版

During the years 1971 to 2006, Lyn McGettigan and her husband Brian owned and managed six hotels, including the famous Sheila’s Tavern in North Sydney.

Raised in the bush, her rough-and-tumble country upbringing equipped her well to be a publican’s wife. With a short stature, quick wit and three children in tow, she quickly learned how to handle all the characters who walked in and out of their lives, and God forbid that any one of them try to walk over her!

From the public-bar guys—salt of the earth, hard-working blokes—to the saloon-bar types—police and their informers, magistrates, media, advertising guys, politicians, office girls, girlfriends and wives—to the colourful characters who moved between both worlds—the underworld figures, crims and bikies and ‘women of the night’—under Lyn’s eagle eye, all mixed socially and minded their own business. While danger may have lurked around the bar-room door, the pub was their turf, and as she looked after them, they looked after her and made it a safe place.

This is the story of the characters who walked in and out of the bar-room door, the antics they got up to, and the feisty little woman behind the bar who took it all in her stride.

Ever fancied yourself as 'mine host' of a popular city pub? Take a walk in the shoes of someone who's done it. Lyn McGettigan introduces a cast of Runyonesque patrons- gamblers, actors, musos, 'colourful racing identities'. There's never a dull moment in 'Behind the Bar-Room Door'.

A good read, as if it was yesterday. Glad to have been part of the era.

Col Joye AM, Joy Boys and other larrikins