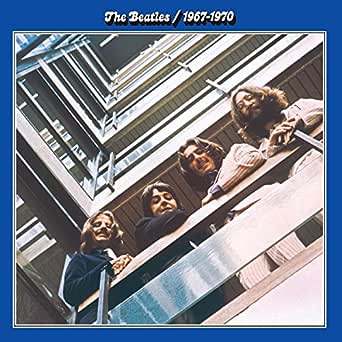 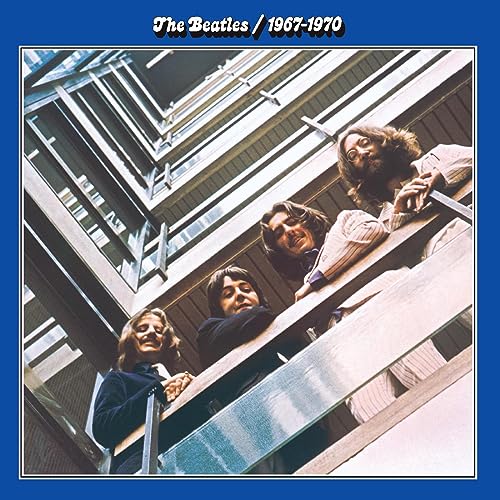 Doc Culbard
5つ星のうち5.0 As fresh as ever
2018年12月12日に英国でレビュー済み
Amazonで購入
The rating on this edition could not be anything other than a full five star recommendation. Having purchased the original CD release of this album, it was inevitable that, when a digitally re-mastered edition was available, it would be bought.
The music is as appealing today as it was when I bought the original Long-Playing vinyl recordings way back in the sixties. The numbers on the CD's are as memorable now as then. Now, however, with the additional clarity and definition brought about by the digital re-mastering, a new appreciation of the genius of The Beatles can be had by both old and new generations.
My favourite recordings on this double album would include: "With a little help from my friends", "The fool on the hill", "Hey Jude", "Something", "Let it be" and "Across the universe". Classics! Voices, words, instrumentals and production reinforces the belief that The Beatles deserve their place at the top of the pantheon of popular and rock music in the second half of the 20th century.
The price of this 2 CD set is of little consequence. Buy the set, enjoy the songs, the music, again or even for the first time. Then, if you are in accord with the above opinion, then make sure that you follow-up with (1) The Beatles 1962-66" (the Red Album), (2) "Sgt Pepper's Lonely Hearts Club Band", and (3) The Beatles' "Love" albums.
The Beatles - as fresh now as ever, a band that was better collectively than any one of its significant individuals. And that is saying something!

Kev Edwards
5つ星のうち5.0 If you get the Argentinian import you will be disapointed. BUY FROM AMAZON DIRECT ONLY.
2018年1月21日に英国でレビュー済み
Amazonで購入
Prefer the sound quality of the 1993 fatbox pressings, although I did notice a tad more detail on certain tracks, it may grow in me but my recommendation would be to stick with the 1993 pressings as yet again it's mastered to sound decent as a mp3 rather than a CD.

30.07.2019. I bought the 2010 pressing designed for the UK/European market is much better, cardboard sleeve is better quality, the print work is better quality and above all the sound quality is perfect.
Is it really worth saving a couple of quid buying the Argentinian import ???

sting1
5つ星のうち2.0 Poor recording
2019年9月10日に英国でレビュー済み
Amazonで購入
I bought this double album for the track Something and considered the rest a bonus to use in the car. I have nearly all the Beatles albums, Sgt P's, Rubber Soul, Abbey Road, MMT and Let it be as these from my era of Beatles songs. I initially thought that the album was recorded by other artists. It is flat and compressed with little nuance. I shall make my own compilation and stuff this one in the car as it may sound okay above the road noise and traffic.
続きを読む
1人のお客様がこれが役に立ったと考えています
役に立った
フィードバックを送信中...
フィードバックをお寄せいただきありがとうございます。
申し訳ありませんが、お客様の投票の記録に失敗しました。もう一度試してください。
違反を報告
レビュー を日本語に翻訳する

Paulie Nee
5つ星のうち5.0 EVERY COLLECTION SHOULD HAVE THE RED AND BLUE ALBUMS.
2016年4月23日に英国でレビュー済み
Amazonで購入
Not a collection of the best of their output (not far off though) but it is essential that any music collection must surely feature 1962-1966 & 1967-1970. The 2 sets were first issued in 1976 on vinyl and cd in 1987, I think. They were ridiculously priced at £29.99 each for the 2cd sets but we bought them nevertheless. Check out the prices on the USED discs.
Both the red and blue album tracks are in chronological order and shows the development of The Beatles and of the technology to.

small child
5つ星のうち5.0 Ideal for listening to the Beatles in the car.
2016年10月2日に英国でレビュー済み
Amazonで購入
This album picks out some of the best songs by the Beatles. If you are a fan of the Beatles but can't afford to buy all the CDs then this is a good compromise. For me it's great to listen to in the car as I have all the original LPs (I'm that old!) Inevitably there are some songs missing that I would like to hear from the period, but on the whole it's a good selection. After all we are talking about the greatest band in history!
続きを読む
3人のお客様がこれが役に立ったと考えています
役に立った
フィードバックを送信中...
フィードバックをお寄せいただきありがとうございます。
申し訳ありませんが、お客様の投票の記録に失敗しました。もう一度試してください。
違反を報告
レビュー を日本語に翻訳する

Charlotte
5つ星のうち3.0 Works, but the cassette was in very poor condition
2019年8月14日に英国でレビュー済み
Amazonで購入
The cassette itself works... or, should I say, worked. It was very sticky. It was held together with disintegrating sellotape, which when removed to help remove some of the sticky residue, caused the tape to fall apart.

Inside it, one of the pins used to hold a plastic piece to help feed the tape was missing - which let one of the pieces move around inside freely.

Edit: The seller was happy to refund me my money thanks to the damage. Another star's been added. Thanks!

Dr J Smalhouse
5つ星のうち5.0 Arguably one of the Best Beatles Compilations.
2014年12月30日に英国でレビュー済み
Amazonで購入
I like this album, remastered at various times between 1988 and 1995 by EMI and then Apple. The base frequencies on these later Beatles recordings are quite good.
From "Strawberrry Fields" to "Sgt Pepper" and "Hey Jude" first CD. And from "Back in the USSR" to "Let it Be" on the second CD, this particular compilation is my delight. I do not know why the Red Album is so expensive. And the White Album is collected more, but for me, this is my chosen favourite Beatles Album.
See what you think, you can get it for a couple of quid. Enjoy and recommend!

Marmalade
5つ星のうち5.0 Essential album
2010年1月9日に英国でレビュー済み
Amazonで購入
Our ten year old boy has been studying the 1960s in his history lessons - how old does that me feel! - and has developed a thing for the Beatles. We bought him both the Red and the Blue albums for Christmas. So many albums boast the title 'greatest hits' and contain a collection of mediocre, transient songs that don't age at all well. With these albums the Beatles don't have to go for the big sell-in. After the White Album, Red and Blue will do for titles for two albums that are crammed full with many of the greatest songs ever written.

The Blue album is a double CD charting the second half of the Beatles' career. years. The tracks are generally longer than on the Red Album but they're by no means overblown with most coming in under an economical four minutes again showing off the genius that was Lennon and McCartney. The last thing they need is a critique from me! Essential listening.