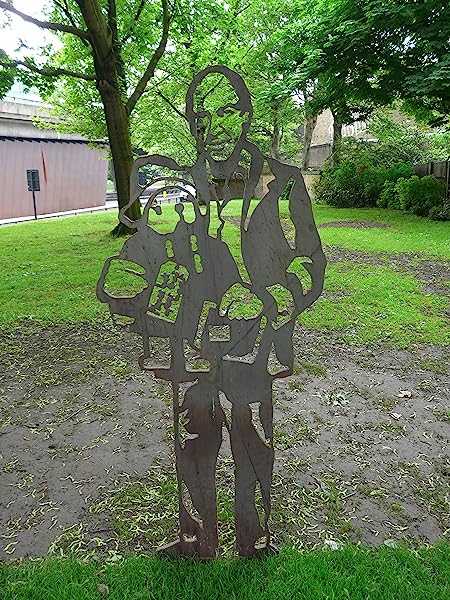 Praise for the Paddington series: 'I've always had great respect for Paddington... He is a British institution.' Stephen Fry 'Paddington has joined Pooh as one of the great bears of English children's literature.' The Teacher 'Michael Bond's accident-prone bear...has become one of the most enduring of children's characters.' The Bookseller Praise for Paddington's Finest Hour: "...a delight throughout..." Financial Times Praise for Love From Paddington: "...a jolly ride through the best of the Paddington tales" The Times "...a delightful collection..." Sunday Express

Michael Bond was born in Newbury, Berkshire on 13 January 1926 and educated at Presentation College, Reading. He served in the Royal Air Force and the British Army before working as a cameraman for BBC TV for 19 years. In 2015, Michael was awarded a CBE for his services to children's literature, to add to the OBE he received in 1997. Michael died in 2017, leaving behind one of the great literary legacies of our time.

Debbie Young
5つ星のうち5.0 A favourite in my childhood and still top notch!
2014年9月13日に英国でレビュー済み
Amazonで購入
Having seen a trailer at the cinema for a forthcoming film version of Paddington, I downloaded this book to read to my daughter, realising that although Paddington had been a favourite in my childhood, I hadn't yet shared it with her. It was even better than I remembered, and she loved it too, laughing out loud as I read it to her. She's keen to read further books in the series herself (she's 11, and I had wondered whether she might be too old for it, but clearly not). There were the odd bits that I needed to translate e.g. explaining the concept of seaside photographers who used to offer photo services to tourists, with big cameras using photographic plates - out of date even when I read this book as a child, and archaic in an age when everyone takes snaps on their phones and tablets. It therefore jars that the publisher has updated the currency in the book from pre-decimal to decimal currency, which doesn't make sense - I'm sure there were no photographers working like this post decimalisation (1971). But such issues are always a dilemma when reading classic children's literature.

It was an added bonus to find at the end a short, pleasant essay by the author describing how he first came to write the Paddington books, which have eclipsed everything else he ever wrote, as far as I'm aware. It was a lovely story, but then oddly contradicted by a the publisher's "About the author" bit afterwards, which gave a completely different and far less compelling account. Ok, so which is it? I prefer to believe the Bond's version - but the publisher ought to have spotted this, and to get their facts right. Not affecting my five star rating here, though, as those stars belong to Paddington and his creator, not to the publisher.
続きを読む
29人のお客様がこれが役に立ったと考えています
違反を報告
レビュー を日本語に翻訳する

M. Dowden
5つ星のうち5.0 Great For Young And Old
2015年7月5日に英国でレビュー済み
Amazonで購入
The world’s most famous illegal immigrant first appeared in print back in 1958, and has been entertaining children and adults ever since. I must admit that I did become worried about Paddington at the General Election as it was rumoured that if UKIP gained some power they had a secret agenda in which Paddington books would be publicly burned. But thankfully for us all this didn’t come to pass.

At the end of the story is a postscript by Michael Bond in which he writes about the way he really just kind of stumbled upon writing a children’s book, and how certain characteristics of the characters come from real people he knew. You can look upon this book as either a novel, as the chapters continue in a logical order, as well as a series of short stories, as each chapter tells of the further incidents of what has become a legendary bear.

We first meet Paddington at Paddington station, by which time he has stowed away on a ship from Darkest Peru and entered the country illegally. When Mr and Mrs Brown see him they being kind hearted but foolhardy folk, give Paddington a place to live with complete disregard to immigration laws. But I think that they may have bitten off more than they can chew, because Paddington, which is the name they give to the bear is quite a handful.

From the beginning of this book we see that Paddington although very polite, can be exceptionally clumsy, and thus he gets into all sorts of trouble and causes a certain amount of mayhem and worry wherever he goes. My sister and I had the stories read to us when we were little, then we read them ourselves, and watched the TV production on the BBC at the time, and although it has been years since I last read this particular book I could still remember parts of the story.

In our house we used to practice that famous stare that Paddington gives to some people at times, and I have even taught a former girlfriend how it goes, which has caused many in the past to become quite worried. Paddington works for all ages as the stories are so full of comic incident and misunderstandings, which we can all relate to. Thus if you are reading this to a child you will find that you love this story just as much now as when you were little yourself.
続きを読む
16人のお客様がこれが役に立ったと考えています
違反を報告
レビュー を日本語に翻訳する

Julie Haigh
5つ星のうち5.0 Timeless tales
2016年8月12日に英国でレビュー済み
Amazonで購入
I loved these books as a child and am now re-reading them with my grandson-they're in kindle format now! Some books I read as a child didn't seem to have the same appeal when I went back and read them as an adult but the charm is still there in this one. It still reads as well now as it did then. My grandson loved it and thought it was funny too. Very enjoyable for both of us. Timeless tales. I loved the additional section at the back with a bit of background information from the author, about how the books came about etc. I bought the next book in the series straight after finishing this one and can't wait to get to that one as well.
続きを読む
1人のお客様がこれが役に立ったと考えています
違反を報告
レビュー を日本語に翻訳する

Cathy
5つ星のうち5.0 Childhood Memories
2020年7月31日に英国でレビュー済み
Amazonで購入
I love reading paddington bear, I bought this to bring back my childhood. The stories are well told and much better than modern ones you get now. Recommended for your little ones bedtime reading! When I was little I drove my dad mad with Paddington, I had him read it every night!!
続きを読む
違反を報告
レビュー を日本語に翻訳する

Dave Kinsella
5つ星のうち5.0 Absolutely Love It!
2011年9月7日に英国でレビュー済み
Amazonで購入
I love this big cute book. I found it at my local charity shop for 10 euro, and thought "it's probably cheaper on Amazon". It was. I got mine for 0.01p, with shipping came in total to half of what I was being asked locally. I got a bottle of  Mr Muscle 5in1 Window Cleaner 500 ml (Pack of 6) , and brightened up the hardback boards. There was also tbe residue of an old sticker on the top right hand corner, probably the original price mark, which I removed with some  Mykal Sticky Stuff Remover 250ml . The book is looking practically new again, and will serve my 6 children for many years to come I hope.

But that is not the real reason for this review. This is a super children's book, written in a more innocent age than our own (though fast corroding even at that period, the 50's). This is just the sort of stuff I want my children reading. If you want to sustain your child(ren)'s innocence for just a little bit longer then the omnibus edition of Paddington Bear is just the job. Hours of reading fun for parents and children. 5 stars easily.
続きを読む
3人のお客様がこれが役に立ったと考えています
違反を報告
レビュー を日本語に翻訳する
すべてのレビューを参照します
同様の商品をご覧になりませんか？ こちらのリンクで参照ください。絵本 英語
Amazonプライム会員ならお急ぎ便、日時指定便が使い放題
さらに、映画もTV番組も見放題。200万曲が聴き放題 。クラウドに好きなだけ写真も保存可能。
> プライムを無料で試す