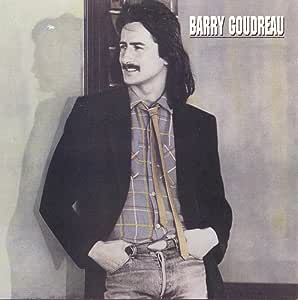 dark Knight 6633
5つ星のうち5.0 A very good album for any boston fans
2015年11月21日に英国でレビュー済み
Amazonで購入
A very good album for any boston fans.Only track 5 is a bit rubbish. Catchy, heavier sounding than boston. Brad delp and fran cosmo do well at sharing singing duties. One sings one track the other one sings the other. Barry never got the credit he deserved for writing much of the early boston hits. You could not have boston without Barry or Tom Sholz.
続きを読む
役に立った
フィードバックを送信中...
フィードバックをお寄せいただきありがとうございます。
申し訳ありませんが、お客様の投票の記録に失敗しました。もう一度試してください。
違反を報告
レビュー を日本語に翻訳する

CQ DX
5つ星のうち5.0 Well crafted 'goodtime' songs! A guitar lover's rock GEM!
2008年12月17日にアメリカ合衆国でレビュー済み
Amazonで購入
I remember hanging out with my younger brother, listening to music, and marveling over our imposing 'hi-fi' systems 'back in the day'. I'm sure we drove our parents nuts, with 3 music loving sons in the household, each with their OWN 'kick butt' systems. At any one given time, the house was always shaking and rattling! In any case, 'BOSTON' and this Barry Goudreau album were always in 'heavy rotation'. This is an EXCELLENT release, with hooky, catchy, melodic 'guitar driven' music, largely in the vein of classic 'BOSTON', but a bit more bluesy and even boogie at times. All the songs are real good, but the shining diamonds here are 'Hard Luck', 'Dreams', and 'Life Is What We Make It'. All in all, a STELLAR rock release, that sounds as fresh now as it did then!
続きを読む
1人のお客様がこれが役に立ったと考えています
役に立った
フィードバックを送信中...
フィードバックをお寄せいただきありがとうございます。
申し訳ありませんが、お客様の投票の記録に失敗しました。もう一度試してください。
違反を報告
レビュー を日本語に翻訳する

Rushbeat
5つ星のうち5.0 Boston without the expanded cranium and 200,000 takes per song of Tom Scholz
2010年11月22日にアメリカ合衆国でレビュー済み
Amazonで購入
Having scanned youtube for old videos of Boston I stumbled upon Dreams by Barry Goudreau and Brad Delp and was blown away by discovering what sounded like a new great Boston song.
Of course it was wasnt new so I investigated more and found there was a whole album released in 1980 by most of the current and 1 future Boston members so I ordered it on Amazon and for the passed 2 weeks have fallen in love with it.
Its so great i cant believe this was hiding from me for 30 years and in 1980 I was a big Boston fan but living in Australia we were never getting the more obscure releases unless you had overseas friends or found it by chance in one of the few import record stores that existed.
There isnt a song on this album I dont like.
Even Fran Cosmo comes up with the catchy Nothin to lose and Leavin tonight which is a cross between The Cars and Boston then finishes with Cold cold world where he tips his hat to Queen.
Dreams could have been a big hit if it had Boston's name on it but it wasnt to be.
All in all it sounds like it was recorded quickly and it sounds fresh to this day without too many bells and whistles as our esteemed Mr Scholz would have added with his endless oodling of the knobs on the mixing desk.
I love it and recommend it to any Boston fan.
続きを読む
10人のお客様がこれが役に立ったと考えています
役に立った
フィードバックを送信中...
フィードバックをお寄せいただきありがとうございます。
申し訳ありませんが、お客様の投票の記録に失敗しました。もう一度試してください。
違反を報告
レビュー を日本語に翻訳する

Music 101
5つ星のうち5.0 Boston's Real 3rd Album (Just Under "New Management")
2011年11月2日にアメリカ合衆国でレビュー済み
Amazonで購入
This is what Boston should've had as a 3rd album but other than it not being officially Boston, one thing holds it from being truly Boston; Tom Scholz isn't on this album (Not that that's an issue, there's slight differences but not noticeable ones). Goudreau and Delp make a great team in music and we also hear the debut of future Orion the Hunter and Boston vocalist, Fran Cosmo. Fran's voice is amazing but Delp shines on this album no more than on the 1st Boston album. This must be checked out!

1. Hard Luck- A nice opener. I like but it's not as good as what's to come later on.

2. Got Nothing to Lose- Between this and the single "Dreams", I can't decide on which holds the title of fave of the album. This one is a nice little tune but the best part is at the end. Cosmo shines through the song but my favorite part is at the end when its silent and then the chorus vocal part alone starts and then in the background, Delp (with that amazing voice of his) provides perhaps the best counter melody ever! Amazing song!!!

4. Mean Woman Blues- If Delp and Goudreau are amazing at rock music, you'll think they're way more talented in Blues music! This really shows off both's superior skills and is extremely catchy too!

5. Leavin' Tonight- It's a good song and I like it, but I don't like it as much. Pretty catchy guitar part, tho.

6. Dreams- The single that made this album somewhat known back in 1980 when it came out. I love this song and this is what introduced me to this album. I seriously can't pick a fave between this and Got Nothing to Lose, but this will probably be stuck in your head longer if you listen to them both. This sounds EXACTLY LIKE A BOSTON SONG!!!

7. Life is What We Make It- A different style from the previous ones, but still catchy! I like this one a lot!

8. Sailin' Away- A nice relaxing minute-long song. It's a nice tune for the minute and then it goes into a faster song...

9. Cold, Cold World- It's an ok song, but not one of the best here. It might grow on me though. I will say that.

Verdict- If you like Journey, Boston, and stuff like that, and haven't heard this, then order this! You will like it! Just listen to Dreams. If your not convinced, then check out some of the other songs. You're bound to find one thing you like from here if you like Boston. Quoth Boston's liner notes: "LISTEN TO THE RECORD!"
続きを読む
7人のお客様がこれが役に立ったと考えています
役に立った
フィードバックを送信中...
フィードバックをお寄せいただきありがとうございます。
申し訳ありませんが、お客様の投票の記録に失敗しました。もう一度試してください。
違反を報告
レビュー を日本語に翻訳する
その他の国際レビューを読み込む

Mark King
5つ星のうち5.0 If You Like The Band Boston, Buy This
2014年5月21日にアメリカ合衆国でレビュー済み
Amazonで購入
I was a big fan of the first Boston band album. It is really a shame that Tom Scholz ruined the band by firing everyone. After listening to Boston tracks with and without Barry it's obvious his playing had a big influence on the original song writing and recordings (no matter who recorded the parts).

Brad Delp the original singer from Boston is featured on half of the songs on this recording. Highly recommended.

Doctor Shred
5つ星のうち3.0 a suburb of Boston
2009年11月1日にアメリカ合衆国でレビュー済み
Amazonで購入
If you're reading these reviews, you must be a big Boston fan. Who else would even know about a solo album by Barry Goudreu? Well, that's why I bought this CD also - because I love Boston, especially the first two albums where Barry was a big part of that band. His solo album is very good, and sounds a lot like Boston's debut and Don't Look Back, but it falls short of the Boston brilliance. Yes, it's the same band minus Tom Scholz, but without him it's not quite the same. Barry, Brad Delp, Fran Cosmo, and Sib Hashian are all excellent musicians and know how to make a great album. However, it's like "Boston lite" or a "Boston B sides" collection. I've read other reviews saying this should have been the third Boston album - I disagree because it's not nearly on the level of the s/t album, DLB, or Third Stage. Barry Goudreau is not up to the high standards of a "real" Boston album, but it's still a great listen for diehard Bostonheads. I like Barry Goudreau better than RTZ or Orion but not as much as Boston.
続きを読む
8人のお客様がこれが役に立ったと考えています
役に立った
フィードバックを送信中...
フィードバックをお寄せいただきありがとうございます。
申し訳ありませんが、お客様の投票の記録に失敗しました。もう一度試してください。
違反を報告
レビュー を日本語に翻訳する

JudeMac
5つ星のうち4.0 I Was In A Band Called Boston
2011年2月11日にアメリカ合衆国でレビュー済み
Amazonで購入
I bought this one back in the day and really liked it. The sound is like having a Boston album without the real release! this one was even bootlegged on a album called "Mission Aborted" which the last 9 cuts are Barry Goudreau's album here(the bootleg says this is a lost Boston album). My favorite track is "Nothin To Lose" but there are other really good songs on this one. If you like Boston, then you will like this one. It does not have bonus tracks and is the same release on Portrait labels which released it on vinyl. Take a chance and check out some samples. I recommend it. Visit my website sometime @ "Judemac Forever".
続きを読む
2人のお客様がこれが役に立ったと考えています
役に立った
フィードバックを送信中...
フィードバックをお寄せいただきありがとうございます。
申し訳ありませんが、お客様の投票の記録に失敗しました。もう一度試してください。
違反を報告
レビュー を日本語に翻訳する