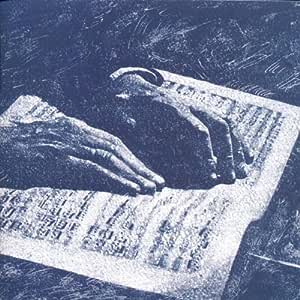 Dated though his conception may be, Otto Klemperer's account of the B Minor Mass has a majesty no other version quite matches. It proceeds from an ennobled, benevolent, Olympian view of the score; and while it sounds decidedly Romantic, it conveys deep feeling and fully realizes the spirit behind the score. Klemperer's chorus and soloists (Janet Baker, in particular) are warmly committed, and the playing of the New Philharmonia shows admirable polish. The recording, from 1967, is spacious if somewhat grainy in texture. --Ted Libbey

Huntley Dent
5つ星のうち5.0 A great performance in an updated remastering
2005年10月11日にアメリカ合衆国でレビュー済み
Amazonで購入
This is EMI's curent remastering of Klemperer's classic B minor Mass from 1967. Along with Klemperer's St. Matthew Passion, this recording was the summit of what he could do in Bach. The vocal soloists are wonderful, especially the women led by Janet Baker. In retrospect these were the best Bach singers in Europe, and the ones we hear on period performances from Gardiner and Herrenweghe, among others, are inferior by comparison. Over and over we now get accomplished vocal technicians without spiritual involvement in Bach's passionate Protestantism (blessed exceptions being Lorraine Hunt Lieberson and Thomas Quasthoff).

The Philharmonia Chorus, trained by the legendary Wilhelm Pitz (who also led the Bayreuth Festival chorus) at this time was probably the best in the world. Klemperer's tempos are stately but full of life in their inward way, and the overall experience fills one with Bach's sense of joyful worship.

P.S. 2011 -- For anyone who is of an age or inclination to enjoy such old-fashioned grandeur and reverence in Bach, there are two other stereo versions of the B minor Mass that are pendants to this one. The first, under Karajan, dates from the same period of mid-Sixties and is distinctly more polished -- some might say overly polished -- with equally prominent opera singers as soloists. There are drawbacks to the sound on both the Klemperer and Karajan, the large choruses being particularly fuzzy, so there's little to choose between them. For a huge cathedral sound coupled with superb musicality, there is a live account under Giulini, taped by the BBC in 1972 (on BBC Legends). It is gentler than either of its rivals, and although live, the performance is of studio quality. One glitch may be the vast space of St. Paul's Cathedral, where the reverberation time is several seconds more than any concert hall, but the engineers have done a good job handling that.
続きを読む
36人のお客様がこれが役に立ったと考えています
違反を報告
レビュー を日本語に翻訳する

Ryan Kouroukis
5つ星のうち5.0 A MIRACLE!!!
2003年9月28日にアメリカ合衆国でレビュー済み
Amazonで購入
This ranks as one of the greatest recordings in the history of our time. The BBC chorus is outstanding and the soloists sing with incredible strength and feeling. This set must be on a shelf in every single household, in every home, for all times.
続きを読む
9人のお客様がこれが役に立ったと考えています
違反を報告
レビュー を日本語に翻訳する
すべてのレビューを参照します
Amazonプライム会員ならお急ぎ便、日時指定便が使い放題
さらに、映画もTV番組も見放題。200万曲が聴き放題 。クラウドに好きなだけ写真も保存可能。
> プライムを無料で試す