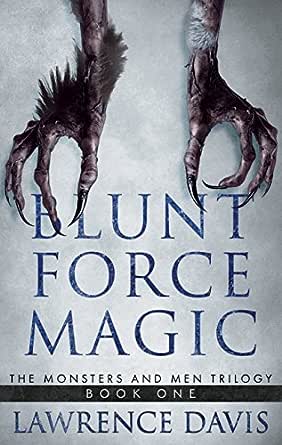 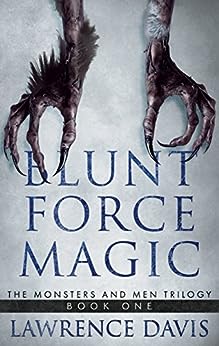 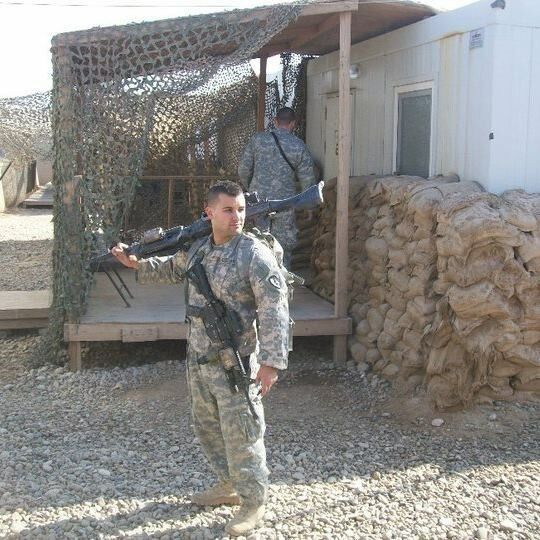 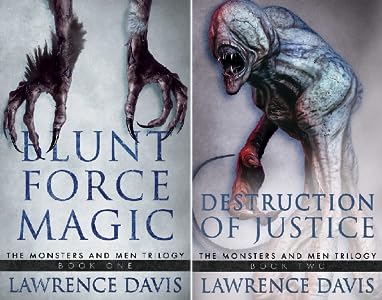 "A modern fantasy with a touch of noir, a dash of detective thriller, and a sprinkling of humor throughout. A really fun debut novel."--Steve Jackson, New York Times bestselling author of MONSTER

Janzen Robinson is a man torn between two worlds. Five years removed from a life as an apprentice to a group of do-gooding heroes who championed the fight against supernatural evils, the once-promising student is now a package courier going through the daily grind, passing time at a hole-in-the-wall bar and living in a tiny, run-down apartment on the south side of Cleveland, Ohio.

Then fate (or a case of bad timing) brings him face to face with a door that’s got his old life written all over it. From the ancient recesses of unyielding darkness known as the Abyss, a creature has been summoned: a Stalker, a predator whose real name is forbidden to be spoken aloud. It’s a bastardization of the natural order, a formidable blend of dark magic and primal tenacity. Its single-minded mission? Ending the life of a fiery, emerging young witch.

Thrust into the role of protector, a role once reserved for those he’d lost years ago, the out-of-practice "Artificer" not only has to return to a life he’d left behind, but must relive that painful past while facing down the greatest threat to come to our world in a century. Janzen will have to journey through the magical underbelly of the city and not only stay one step ahead of an unstoppable monster hellbent on destruction but try and figure out why it’s been brought to our world in the first place. Past wounds are reopened as Janzen looks to old friends, a quiet stranger, and his own questionable wits to see them all to the other side of this nightmare that may cost him his life and, quite possibly, the world itself.

About the author: Lawrence Davis is a decorated U.S. Army infantryman who served three combat tours overseas, including in Iraq. His first book, BLUNT FORCE MAGIC, was written in part to help navigate the struggles associated with Post Traumatic Stress Syndrome (personified by The Stalker in his novel). He's a shooting instructor and dog rescue advocate who lives in Florida with his four rescue pitbulls, and extremely patient girlfriend.

"A modern fantasy with a touch of noir, a dash of detective thriller, and a sprinkling of humor throughout. A really fun debut novel."--Steve Jackson, New York Times bestselling author of BOGEYMAN

Aaron Dixon
5つ星のうち5.0 A real page turner!
2018年1月11日 - (Amazon.com)
Amazonで購入
Author Lawrence Davis hits it out of the park with his debut novel "Blunt Force Magic". I found this novel compelling and addictive. Once I started reading, I could not put the book down.

Set in modern day, the protagonist Janzen is more of an antihero than anything else. He has been initiated into the world of the supernatural that lies hidden to your average human. Out of practice and unprepared, he is thrust back into the life dealing in the supernatural that he left behind. Throughout the novel, Janzen maintains a sardonic attitude, which is quite delightful. He is hypercritical of himself but continues to work towards finding and fighting the stalker. I really enjoyed how each fight scene contains a thorough amount detail that really sets the atmosphere, and as the reader you can almost feel the pain inflicted upon Janzen. The book is fast paced and will have you saying "just one more chapter" every time you think about putting it down.

I am really looking forward to what Mr. Davis has in store for his future novels.

Muse M.
5つ星のうち4.0 The Winchesters and Dresden walk into a bar...
2018年1月11日 - (Amazon.com)
Amazonで購入
This is possibly one of the best urban fantasy novels I've read in a long time. Davis takes all the tropes that litter urban fantasy and turns them on their heads. It's not subversion so much as it is using a different lens to view the stories we are familiar with. Janzen is a true anti-hero, suffering from survivor's guilt, PTSD, and an anxiety that he may not be the best man for the job of saving others. Accompanied by a colorful assortment of characters, we watch as Janzen hacks together a plan to go toe-to-toe with living legend and myths that haunt the umbra under our beds. It's at once tongue-in-cheek, ponderous, and endlessly entertaining. Davis minces no words about what he's trying to accomplish in his narrative: a fun and easy read with a fascinating world and flawed and varied characters. It's definitely going on my favorites list.
続きを読む
5人のお客様がこれが役に立ったと考えています
レビュー を日本語に翻訳する

Jessica Carol
5つ星のうち5.0 A refreshing new take on fantasy.
2018年7月12日 - (Amazon.com)
Amazonで購入
A friend recommended this book to me. Let me start out by saying I absolutely hate reading. School ruined reading by shoving boring books at me. The only book I remember liking was The Hobbit. I’ve always been drawn to fantasy. I love Lord of the Rings, Harry Potter, etc. This book was right up my alley. The book moved fast enough to keep my interest, which is hard to do for someone with ADHD. The creatures in the book were refreshingly different. Not the same old mundane monsters. The storyline and plot are entertaining. I credit the author for putting the spark back in reading for me. I’ve always been jealous of people that enjoyed reading. I felt like I was missing out, and I was. I thoroughly enjoyed reading it. I’m glad it’s a trilogy because I want more.
続きを読む

Mary R. Curtis
5つ星のうち5.0 Eagerly awaiting your next book!
2018年1月23日 - (Amazon.com)
Amazonで購入
For one who rarely reads fantasy, this book is extremely seductive. The fight sequences are masterfully done, and Davis draws us into the fantastical aspects of his story by providing verisimitude in the very believable traits his characters display. It takes a very special talent to take the world of vampires, elves, and stalkers and make them real. Laurence Davis has done just that, and I’m hooked. When can we get the next book?
続きを読む
6人のお客様がこれが役に立ったと考えています
レビュー を日本語に翻訳する
Amazon.comのカスタマーレビューを見る(88) 5つ星のうち4.7
click to open popover
Amazonプライム会員ならお急ぎ便、日時指定便が使い放題
さらに、映画もTV番組も見放題。200万曲が聴き放題 。クラウドに好きなだけ写真も保存可能。
> プライムを無料で試す