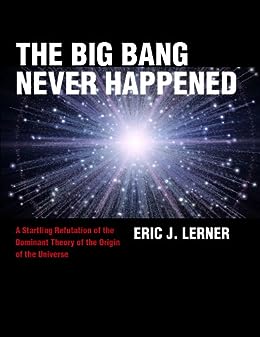 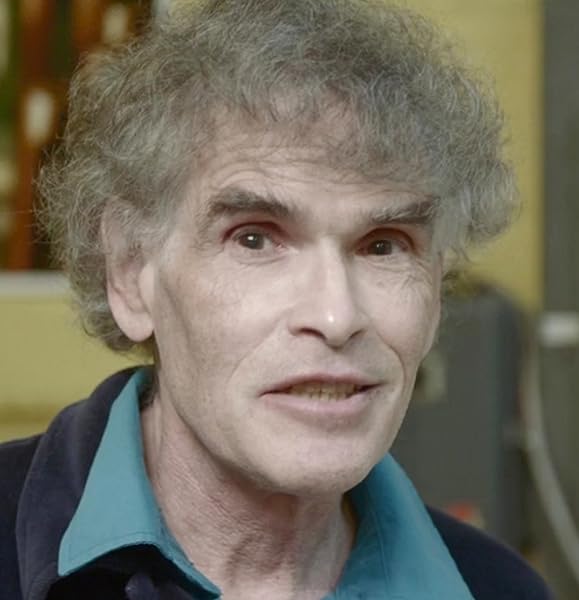 Readers inspired by Stephen Hawking's A Brief History of Time should brace themselves for Lerner's larger history of time, space and a new force: the humanistic sociology of science. The timely news (making headlines as this review goes to press) is that the Big Bang cosmology can no longer contain all the new evidence astronomers have gathered about the physical nature of the universe. In fact, Lerner argues, the persistence of the Big Bang and other finite definitions of the universe is rooted less in data gathered by radio telescopes than in medieval devotion to the idea of the finite, perfectly ordered universe. Lerner calibrates the Big Bang's development as one of the swings of the "cosmological pendulum" of science in history--from the perfect, mathematically closed systems of early Christian cosmos to the scientific revolution of the 19th century, back to today's "Theory of Everything" in particle physics. Lerner's own cosmology is plasma-based, an incomplete physics that includes electromagnetism as well as Einstein's gravity principles at work in the creation of one of an ever-expanding universe, which requires neither creator nor "bang," and is still evolving with humankind. Lay readers will need familiarity with the basics of quantum theory or a science dictionary to fully appreciate this grand tour of three centuries of cosmology, but this is an expedition of the scientific mind that includes all the grandeur, rigor and challenge to our humanity that has marked cosmology since Galileo. Plasma physicist Lerner holds open the door to one of science's inner rooms for a popular audience. Illustrations not seen by PW.
Copyright 1991 Reed Business Information, Inc. --このテキストは、kindle_edition版に関連付けられています。

"Lerner does a fine job poking holes in Big Bang thinking and provides a historical perspective as well, linking scientific theories to trends in philosophy, politics, religion and even economics...a most readable book." -- Chicago Tribune


From the Trade Paperback edition. --このテキストは、kindle_edition版に関連付けられています。

A mesmerizing challenge to orthodox cosmology with powerful implications not only for cosmology itself but also for our notions of time, God, and human nature -- with a new Preface addressing the latest developments in the field.

Far-ranging and provocative, The Big Bang Never Happened is more than a critique of one of the primary theories of astronomy -- that the universe appeared out of nothingness in a single cataclysmic explosion ten to twenty billion years ago. Drawing on new discoveries in particle physics and thermodynamics as well as on readings in history and philosophy, Eric J. Lerner confronts the values behind the Big Bang theory: the belief that mathematical formulae are superior to empirical observation; that the universe is finite and decaying; and that it could only come into being through some outside force. With inspiring boldness and scientific rigor, he offers a brilliantly orchestrated argument that generates explosive intellectual debate.

"Lerner does a fine job poking holes in Big Bang thinking and provides a historical perspective as well, linking scientific theories to trends in philosophy, politics, religion and even economics...a most readable book." -- Chicago Tribune
--このテキストは、kindle_edition版に関連付けられています。

From the Back Cover

"Lerner does a fine job poking holes in Big Bang thinking and provides a historical perspective as well, linking scientific theories to trends in philosophy, politics, religion and even economics...a most readable book." -- Chicago Tribune
--このテキストは、kindle_edition版に関連付けられています。

Eric Lerner has written a memoir, "Journey of Insight Meditation "(Schocken, 1976), about his experiences traveling and living in Buddhist monasteries and communities in Asia and America. This background in the arcane led to his subsequent twenty-year career as a screenwriter and producer in Hollywood. Films with his name on them include "Bird on a Wire "and "Augustus," starring Peter O'Toole and Charlotte Rampling. Lerner currently lives in Boston. --このテキストは、kindle_edition版に関連付けられています。
続きを読む

Erik Peterson
5つ星のうち4.0 How social structure affects what we think about the origins of the universe.
2020年12月8日に英国でレビュー済み
Amazonで購入
The title should read 'how social history affects our conception of the origins of the universe'. Most of the book is really a thesis on how socieities based on strong hierarchical systems produce origin stories in which physical and spiritual are separated and contend that the universe sprang from nothing. I do feel this holds some weight and there is a beautifully structured and engaging description of how philosophy and origin theories interacted throughout history (focusing on western philosophical traditions). Given the author is a physicist, I was impressed with his ability to summarise and contrast philosophical views. I felt that I learned alot about the history of science that I didn't know (as a scientist and philosopher myself, and even having given talks on the philosophy of science).

A the start was also an excellent argument regarding the flaws of the big bang. Although simply worded and digestible, indeed gripping, I think those with an Alevel in physics will gain the most out of it because he covers alot of ground and it could be overwhelming for people that don't know what is, for example, red-shift.

I thoroughly enjoyed this book, but I can imagine it may be disappointing to those who are not interested in philosophy (bit which scientist isn't?) and simply want a rigorous physical description of why plasma theory is better. However, he clearly spent alot of time editing it and targeting the level of difficulty to allow a broad section of the market to enjoy and understand what he is saying. Why not 5 stars then? Simply because, whilst he beautifully and methodically explains why the big bang is unlikely to have happened, a large part of the book relates to the philosophical battles between origin from nothing and no fixed origin theories.

I also felt it beautifully illustrated the problem in pretty much all sciences.. once an attractive theory takes hold, it can be difficult to displace even when there is significant evidence against it. (One note also: this area of science is currently evolving so there are some refutations of plasma theory he doesn't address, but probably because these refutations weren't around at the time of writing).

Did it change my mind? Well, I didn't believe in dark matter before reading it, and I was not convinced about the big bang. I guess I feel more assured to doubt the big bang, but I'm not that convinced about plasma theory either. Safe to say, I think physics is running down a dead end as far as current big bang theory goes, and though we have not yet found a satisfying alternative, maybe we should still be recognising that we don't really know.

J. Dunning-Davies
5つ星のうち5.0 required reading.
2010年2月21日に英国でレビュー済み
Amazonで購入
I admit that I haven't, as yet, finished reading Eric Lerner's beautifully written book, 'The Big Bang Never Happened'. I can see already what a well written account this is and feel it should be required reading for those of an age to appreciate it. This should mean people from mid-teens onwards. This age range would, in fact be highly desirable because so much pseudo-scientific indoctrination of our teenagers is allowed and, indeed, persued. This book offers a perfectly reasonable, and reasoned, alternative to the popular Big Bang model and here it should always be remembered that that is ALL the Big Bang is - a MODEL! It is not a revealed truth; it is not a proven scientific fact; it is just a MODEL! It must be remembered that all the so-called predictions of the Big Bang may be obtained from other theories - indeed, for example, several other theories gave much better estimates of the temperature of the background radiation than did the Big Bang and it may even be noted that Penzias and Wilson were NOT the first to detect this - that honour is more correctly reserved for A. McKellar, as is well known!
This book by Eric Lerner is important and definitely shouldn't be out of print. In fact, I venture to suggest that, if it was supporting the Big Bang, it would still be in print!
If you can obtain a copy, do so; read it; enjoy it; and, most importantly, learn from it! If you're young enough to change your ways, learn to question everything in science. Science is a wonderful, fascinating discipline but, once you cease to question, it becomes sterile and, surely, that is something it was never meant to be and never should be.
続きを読む
11人のお客様がこれが役に立ったと考えています
違反を報告
レビュー を日本語に翻訳する

matt. butcher
5つ星のうち5.0 Love it!
2017年10月1日に英国でレビュー済み
Amazonで購入
We all know deep-down that the big bang is a load of catholic hokum (look up Georges Lemaitre) so this book puts it all into better perspective.
続きを読む
違反を報告
レビュー を日本語に翻訳する