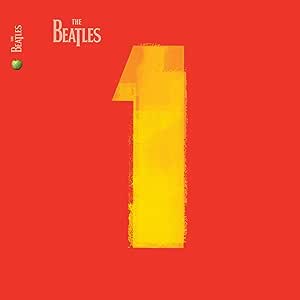 Bryn Griffith
5つ星のうち5.0 A staggering progression
2019年4月20日に英国でレビュー済み
Amazonで購入
These songs are now woven into the fabric of our musical heritage, and quite right too as everything here has an undeniable quality. What is most striking, as these songs are presented in chronological order, is to see just how quickly the Fab 4 developed their song-writing. It almost beggars belief that in just a handful of years they moved from "Love Me Do" to songs of the quality and depth of "Let It Be".
As this collection has been available for many years, it is now available at a bargain price. You'd be mad not to go and get it as this is as good as it gets.
続きを読む
15人のお客様がこれが役に立ったと考えています
違反を報告
レビュー を日本語に翻訳する

Antonio Robert
5つ星のうち5.0 Impressive feat
2019年4月15日に英国でレビュー済み
Amazonで購入
Chronicling 27 “hit” songs that went atop the pop charts in the US and UK served as a concept for this CD, which indeed offers an interesting cross-section of the Beatles work. The compilation gives a review of what kind of The Fab Four’s songs were released as singles and how these were successful in catering to music taste of the masses in the 1960s and the dawn of 70s.

True, there is nothing from Rubber Soul, The White Album and even Sgt. Pepper in here, which roughly confirms that, with the passage of time, the group was (just about) transforming itself from excellent hitmakers to groundbreaking album artists; but even this notion somehow crumbles under the fact that the last two regular albums are indeed represented by two songs each. (Maybe the public had finally caught up with the genius, uh?) And, above all else, what can you say, when any album is capped by, in this reviewer’s opinion, probably the most beautiful pop song ever written, The Long And Winding Road?

Although capturing just a small fraction of their art, Beatles 1 is as good as an album can get.
続きを読む
6人のお客様がこれが役に立ったと考えています
違反を報告
レビュー を日本語に翻訳する

Og Oggilby
5つ星のうち5.0 Fabs Looking and Sounding More Fab Than Ever
2016年3月29日に英国でレビュー済み
Amazonで購入
I suppose one could argue that reviewing a Beatles release is fairly pointless. In many ways, they're beyond criticism - quite rightly, their music occupies such an important part of the lives, the whole fabric of the everyday to anyone who lived through the sixties and seventies, and through regular reissues, on into the present day, that they're just about inviolate. This set is fantastic, though. I recently acquired a Blu-Ray player, and watching the promo clips of things like 'Rain' or 'Strawberry Fields Forever' or 'Hello Goodbye' are simply a revelation. Blimey, you can see the pores of John Lennon's skin and George Harrison's spots. The music also sounds so fresh and beautiful, it all sounds like new. Oasis wouldn't have a career without 'Rain', frankly. But don't blame The Beatles for that. This is a fount of great music, innovative visuals and magnificent sound. A treasure
続きを読む
13人のお客様がこれが役に立ったと考えています
違反を報告
レビュー を日本語に翻訳する

Amazon Customer
5つ星のうち1.0 Second-hand but sold new !
2019年6月3日に英国でレビュー済み
Amazonで購入
Product is repackaged second-hand and used .Disc and case was scratched .Inlay card showed signs of use.Resealed and sold to make it look as though it was new.Unlawful and unacceptable.
続きを読む
2人のお客様がこれが役に立ったと考えています
違反を報告
レビュー を日本語に翻訳する

A. Lim
5つ星のうち5.0 I am so glad I bought this set
2016年1月13日に英国でレビュー済み
Amazonで購入
I am only a casual Beatles fan in that I only really own the 2009 remastered mono collection. I am awaiting the remixes of all their stereo albums where the voices are adjusted to the centre of the spatial sound spectrum, and not on the side (which I find extremely irritating). With that in mind, I am so glad I bought this set. Yes, the videos are excellent and I suspect once 4K TVs and players are readily available they will release these in 4K (since they are all digitally scanned and corrected in 4K) version as well. As some reviews said, even the mono tracks seemed to have Paul and John's vocals more distinct from each other. The stereo tracks (speaking about the CD here) really good and it gives me hope that the Giles et al. will release the stereo remixes in the near future if this 'best of' album is any indication! Very happy indeed!
続きを読む
2人のお客様がこれが役に立ったと考えています
違反を報告
レビュー を日本語に翻訳する
すべてのレビューを参照します
Amazonプライム会員ならお急ぎ便、日時指定便が使い放題
さらに、映画もTV番組も見放題。200万曲が聴き放題 。クラウドに好きなだけ写真も保存可能。
> プライムを無料で試す