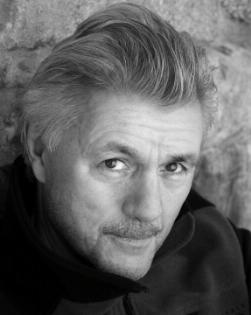 From the first page to the last, there is a goodness to this novel, a tenacious belief in love and the redemptive power of human connection, unfettered by institutions and conventions. This belief, combined with good old-fashioned storytelling, is surely why Irving is so often described as Dickensian. But John Irving is his own thing, and so is his new novel. Avenue of Mysteries is thoroughly modern, accessibly brainy, hilariously eccentric and beautifully human. (Tayari Jones New York Times Book Review)

Irving has packed so much detail in . . . And yet he has not run out of what has endeared him to so many for so long: immense charm, an appetite to hurtle headlong at the biggest questions and the altogether unfashionable belief that sentimentality is not a crime against art (Guardian)

Mischievous . . . Challenging and absorbing . . . Juan Diego emerges as one of Irving’s most memorable and fascinating creations, which is saying something. He is a twenty-first century Garp. (Herald)

Irving has embarked on his dark phase, as did Dickens. It will be interesting, if melancholy, to follow him down that gloomy avenue (The Times)

A typically idiosyncratic Irving novel: at times exhausting, at other times rambling and self-indulgent, but always readable, impassioned and thought-provoking (Mail on Sunday)

John Irving was born in Exeter, New Hampshire, in 1942, and he once admitted that he was a 'grim' child. Although he excelled in English at school and knew by the time he graduated that he wanted to write novels, it was not until he met a young Southern novelist named John Yount, at the University of New Hampshire, that he received encouragement. 'It was so simple,' he remembers. 'Yount was the first person to point out that anything I did except writing was going to be vaguely unsatisfying.'

The World According to Garp, which won the National Book Award in 1980, was John Irving's fourth novel and his first international bestseller; it also became a George Roy Hill film. Tony Richardson wrote and directed the adaptation for the screen of The Hotel New Hampshire (1984). Irving's novels are now translated into thirty-five foreign languages, and he has had nine international bestsellers. Worldwide, the Irving novel most often called "an American classic" is A Prayer for Owen Meany (1989), the portrayal of an enduring friendship at that time when the Vietnam War had its most divisive effect on the United States.

In 1992, Mr. Irving was inducted into the National Wrestling Hall of Fame in Stillwater, Oklahoma. (He competed as a wrestler for twenty years, until he was thirty-four, and coached the sport until he was forty-seven). In 2000, Irving won the Oscar for Best Adapted Screenplay for The Cider House Rules-a Lasse Hallström film with seven Academy Award nominations. Tod Williams wrote and directed The Door in the Floor, the 2004 film adapted from Mr. Irving's ninth novel, A Widow for One Year. In One Person is John Irving's thirteenth novel.

John Irving has three children and lives in Vermont and Toronto.

Graham Eason
5つ星のうち3.0 Clever. Funny. Good. But with something lacking.
2018年7月7日に英国でレビュー済み
Amazonで購入
When you're 400 pages into a book and not only counting the pages to the end, but wondering when it will start, you know there's a problem. Irving is one of my favourite authors, insightful, funny and a great storyteller, but Avenue of Mysteries felt like it fell short of the target. Whatever that target was, which is perhaps one of the problems.
On the plus side, there are signs of vintage Irving in the unusual characters, surprising turns of event, bizarre set pieces and interesting digressions (usually, here, about writing). There is a brilliant chapter about AIDS that is as good as he's ever been.
On the downside, the book just never takes off. The main character is interesting but not very interesting. There is something of Owen Meany about the relationship between the two central characters, but none of the emotional engagement. The sacrifice, when it comes, feels strangely anti-climatic. There is playing around with time and the nature of reality that feels just that - playful rather than purposeful. Put simply, the book seems full of ideas and entertaining set pieces, but woefully short on anything that binds it all together.
How this pans out into a book of nearly 800 pages is difficult to understand. It just seems to go on and on - making and remaking points, none of them particularly clearly.
The writing remains superlative and the real reason I waded through to the end. The ideas and characters are also engaging, to an extent. But it feels like an Irving Greatest Hits - orphans, Catholicism, circuses - in search of a story.

J C PHELPS ESQ
5つ星のうち2.0 Not his best
2019年12月7日に英国でレビュー済み
Amazonで購入
I am a real fan of John Irving and I have read all his novels. Some are better than others but I have never struggled to get through any - until now. I am not enjoying this nearly as much as the others. I can’t really explain why, except that I haven’t warmed to any of the characters except Lupe, the central character’s sister and she has hardly featured yet. I shall persevere but I am disappointed so far.
続きを読む
2人のお客様がこれが役に立ったと考えています
役に立った
フィードバックを送信中...
フィードバックをお寄せいただきありがとうございます。
申し訳ありませんが、お客様の投票の記録に失敗しました。もう一度試してください。
違反を報告
レビュー を日本語に翻訳する

W. J. Routh
5つ星のうち4.0 Not his best book - but still better than anyone else!
2016年5月10日に英国でレビュー済み
Amazonで購入
This isn't John Irving's best book by any means but there's still much to like here... the interweaving of the different parts of Juan Diego's life, the rhythm of language created by the repetitions of names and titles & points of detail, the frequent references to past books & themes, the sense of mystery & unreality. the narrative drive.

And then there are the characters Mr Irving creates. I've read a comment that Juan Diego isn't engaging - but that's often the case for the point of view character in Irving's books. It's the characters the POV talks about that grab you. Here it's Edward & Flor, Pepe & Rivera & Vargas, Miriam & Dorothy ... & of course Lupe.

If there's a failing, then for me it's in the ending. I felt unfulfilled - it seemed to me there was space to explore a little more of the unreality, the cross-referencing of the time frames. Without spoilers ... I wanted some of the characters from the past to be more present in that last chapter than they were. But then I'm not the writer & I have no doubt that this writer knows best.

As I say, no spoilers ... but tears ran down my face during chapter 25. For me, even when he's not at the top of his game, John Irving is better than any other writer out there.

SunandSnow
5つ星のうち5.0 Unusual and Mesmerising
2018年3月24日に英国でレビュー済み
Amazonで購入
Another book club choice for me. This is the 3rd John Irving I have read and I wasn't disappointed. Yes it's the story of a slum child who becomes an author, yet that description doesn't do the book justice. I loved the amusing disdane for religion, the touches of paranormal and the passive power the book has. Irving's rich descriptive style at its best.
続きを読む
3人のお客様がこれが役に立ったと考えています
役に立った
フィードバックを送信中...
フィードバックをお寄せいただきありがとうございます。
申し訳ありませんが、お客様の投票の記録に失敗しました。もう一度試してください。
違反を報告
レビュー を日本語に翻訳する

Steve Blackdog
5つ星のうち5.0 Classic Irving - captivating
2019年4月28日に英国でレビュー済み
Amazonで購入
There’s something about Juan Diego that makes you want to protect him. He is adrift in the world, which he sees through the eyes of accepting innocence.

J. Phillips
5つ星のうち2.0 Disappointing
2018年2月3日に英国でレビュー済み
Amazonで購入
Rambling,rather boring and very repetitive. The protagonist just didn’t come to life for me. I struggled through this in case it would improve but it didn’t. I have read and most of John Irving’s books and always enjoyed them so this was a disappointment.
続きを読む
役に立った
フィードバックを送信中...
フィードバックをお寄せいただきありがとうございます。
申し訳ありませんが、お客様の投票の記録に失敗しました。もう一度試してください。
違反を報告
レビュー を日本語に翻訳する