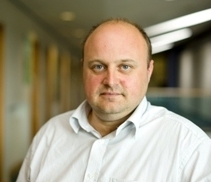 The fledgling field of cybergeography seeks to provide a visual "big picture" of the shape-shifting entity that is the Internet, giving people a sense of space that is difficult to grasp by navigation alone. Dodge (University College, London) and Kitchin (National U. of Ireland), who also wrote Mapping cyberspace , spent five years collating maps and research papers and interviewing the maps' creators to produce this first, comprehensive guide to the visual representation of cyberspace media. A book that is beautiful as well as densely packed with information, it covers facets of the Net from the history of telecommunications to Web sites, e-mail, virtual worlds, and game space. Wide format: 10.25x10<">. Annotation c. Book News, Inc., Portland, OR (booknews.com)
続きを読む
Previous page
Next page

"The Atlas of Cyberspace explores a remarkable universe of visual representations of the Internet's diversity, structure and content." --Vint Cerf, Chairman, ICANN

Martin Dodge is a researcher and part-time Phd student at the Centre for Advanced Spatial Analysis (CASA), University College London. He is researching the geography of Cyberspace. He maintains the Atlas of Cyberspaces web site, http://www.cybergeography.org/atlas/ Nobody has a better knowledge of the subject. Rob Kitchin is a lecturer in human geography at the National University of Ireland, Maynooth. His research interests centre on culture, space and power, geographies of Cyberspace, and geographies of disability.
Kindle化リクエスト
このタイトルのKindle化をご希望の場合、こちらをクリックしてください。

Bob Carpenter
5つ星のうち4.0 Some great photos, drawings and maps
2002年7月4日にアメリカ合衆国でレビュー済み
Amazonで購入
In "The Atlas of Cyberspace", I was anticipating a book patterned on Tufte's "Visual Display of Quantitative Information". Indeed, much of the graphical content of Dodge and Kitchin's book is beautiful, thought-provoking and informative. Unfortunately, the printing is unforgivably bad; the images deserve high quality renderings. Several of the most intriguing hand-drawn and computer-generated images are simply illegible; all of them have lost their textural presence and contrast.
The text, on the other hand, ranges from workmanlike commentary on the graphics to watered down post modern cultural analysis. Light editing could remove at least half of the illustrations, providing a tighter focus on the remainder. In many cases, multiple instances of the same type of diagram are presented. Although this may be a start toward serious design analyses, it's distracting in a coffee table book such as this one.
The organization is by content rather than by visualization type. The first quarter of the book traces the history of the development of the web, and attempts to map traffic patterns and growth. The next section concentrates on the informational organization of the web, as opposed to the physical or topological. The third quarter maps "community", including more literal instances such as MUDs, as well as purely virtual ones such as discussion groups. The weakest section of the book is the last, which traces "cyberpunk", represented here with quotes from Gibson and Stephenson. This final section includes gratuituous screen shots from "The Matrix" and even more gratuitous "analysis".
Despite this book's many shortcomings, there's no alternative, and the fraction of the images that are truly inspiring make "Atlas of Cyberspace" not only worthwhile, but almost necessary.
続きを読む
8人のお客様がこれが役に立ったと考えています
違反を報告する
レビュー を日本語に翻訳する

S. Harris
5つ星のうち4.0 A Cyberspace Overview You Must See
2007年5月26日にアメリカ合衆国でレビュー済み
Amazonで購入
There are many books that discuss various aspects of cyberspace, but this one tops them all. Dated yes, but it will give the reader a very balanced look in an interesting fashion. Strongly recommended.
続きを読む
違反を報告する
レビュー を日本語に翻訳する
すべてのレビューを参照します